Cable Cars Get Festive for the Season

It’s that time of year again when the air gets crisp, the nights get longer, and Muni's cable cars get festively decked out with boughs of holly, garlands, wreaths, ornaments, glitter and spangles. Out on the Powell Mason and Powell Hyde lines right now, five cable cars are looking dapper in their holiday outfits. 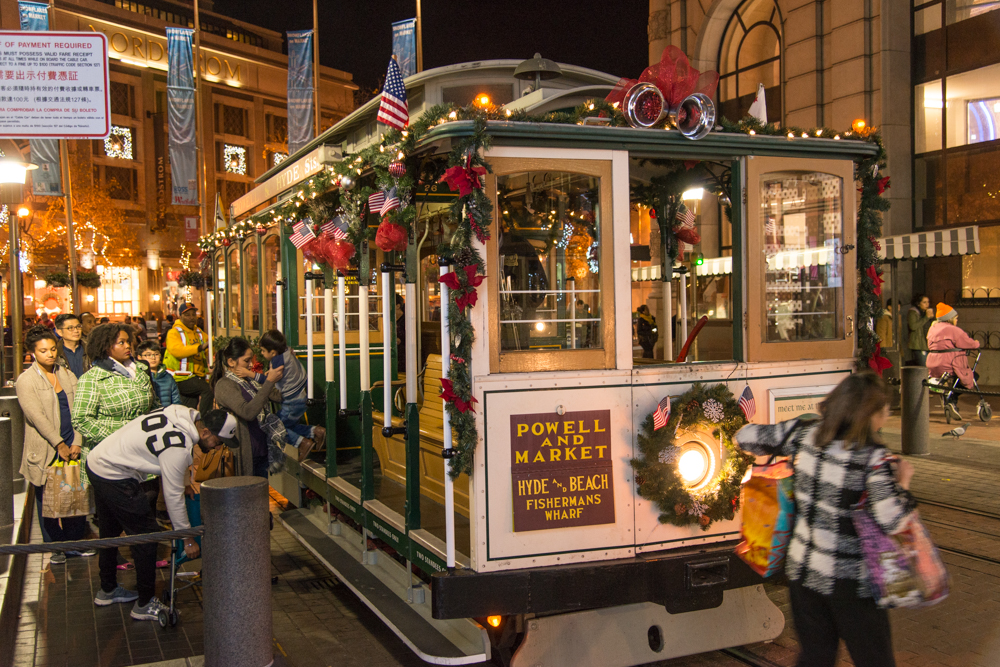 Passengers board Cable Car 26, decorated by the American Flag Co., for a trip up Hyde Street on December 7, 2017.

No one knows who first had the bright idea to decorate a cable car, but thanks to images from the SFMTA Photo Archive, we know adding décor to jazz up San Francisco transit vehicles goes back at least one hundred years. In the image below, from 1910, a crowd of San Francisco gentlemen and lads stand proudly by a streetcar decorated with fresh evergreen branches and American flags to celebrate the first electric streetcar on Gough Street. 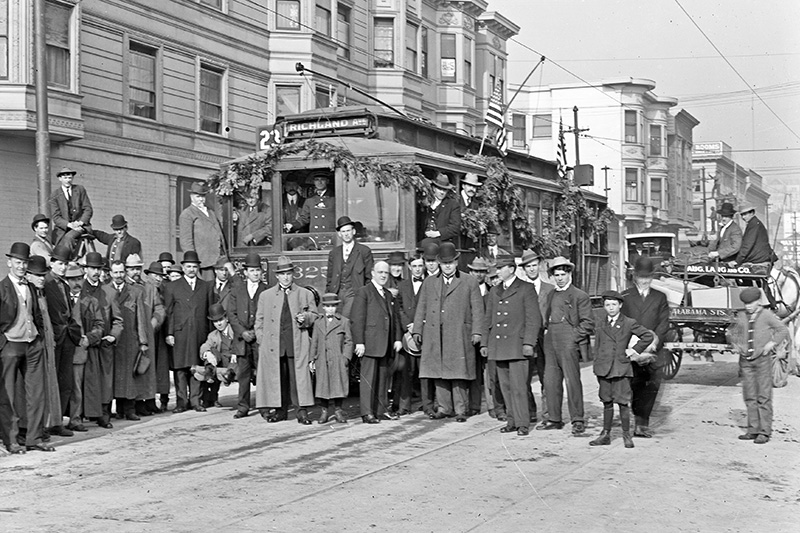 A group of fellas young and old, with nothing better to do on a Thursday in late December, pose with a garland-draped streetcar on Gough Street. Note that the gentleman left of center who appears to be floating in mid-air is actually sitting on the fender of the streetcar.

In 1962, local businesses decorated several cable cars as part of a "Golden Week" celebration for Muni’s 50th birthday. One cable car sponsored by Flying Tiger Airlines was styled as if it were a tiger cage. Another was covered with hundreds of thousands of paper flowers, as if it was a float in a parade. Below, a car sponsored by Marin-Dell Dairy was made up to look like a barn full of cows. 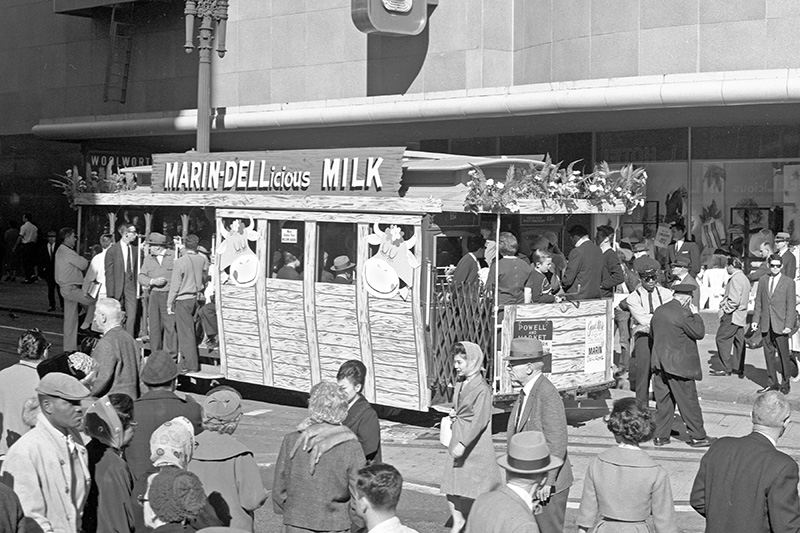 A decorated cable car pulls away from the Powell and Market turntable full of passengers in 1962. The Flood Building visible behind the cable car was at the time the home of a Woolworth’s department store.

The cable cars were also bedecked in 1973, in honor of the 100th anniversary of the first cable car line, which debuted on Clay Street in the autumn of 1873. For this centennial, a parade of festooned cable cars made their way to the Aquatic Park turnaround for their birthday party celebration. 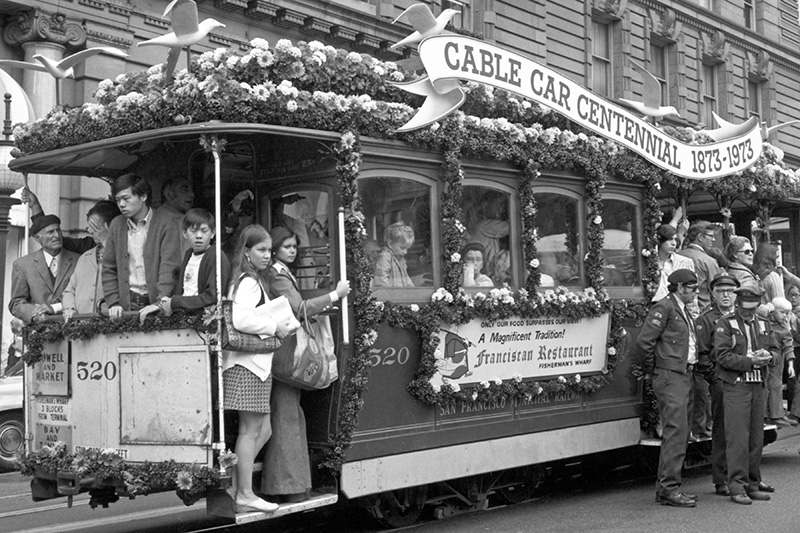 A “float” in the cable car centennial parade in 1973, spruced up with daisies and banners, as well as bird sculptures that appear to hover above the cable car.

For tips on how to catch a ride on one of this year's decorated cable cars (Cars 1, 6, 15, 25, & 26), check our previous Routes with a View blog or head on down to one of the Powell Street lines to hop on board. To see more photographs of decorated cable cars, streetcars and Muni buses, check out the SFMTA Photo Archive online or follow us on Instagram