Last year, we told you about the 2.5 miles of transit improvements coming to Mission Street. Now, the pieces are in place to get one of Muni’s busiest bus corridors moving and make it safer for everyone.

Starting this month we’ll be rolling out a set of changes north of 30th Street that will dramatically improve reliability for the 14R, 14 and 49, enhance pedestrian safety, reduce vehicle collisions, and ease traffic flow along the corridor. 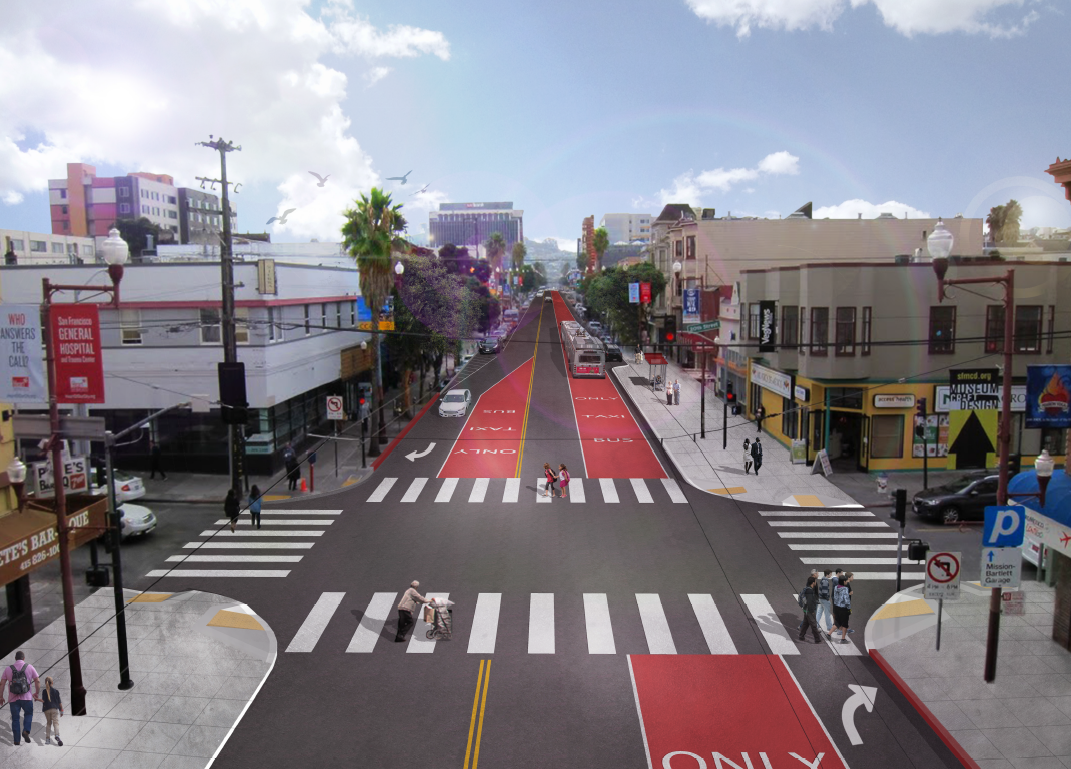 Muni Forward’s 14 Mission Rapid Project is an example of how voter-approved bond money is working to improve performance and safety and to better serve some of our most disadvantaged residents.

The $3.8 million project will change the way traffic flows along Mission and reduce collisions by creating clear, safe places for people to be, however they’re travelling.

More than 65,000 times a day, people ride a Muni bus along this corridor. We are going to make their daily life a little bit better by substantially reducing Muni travel times by five minutes each way for the length of the project area. So if you ride the bus to and from work each week along this stretch of Mission, that will be like getting an extra 43 hours back each year.

This project is a major street redesign that will change the way people move along Mission. Just have a look at the current street configuration for reference: 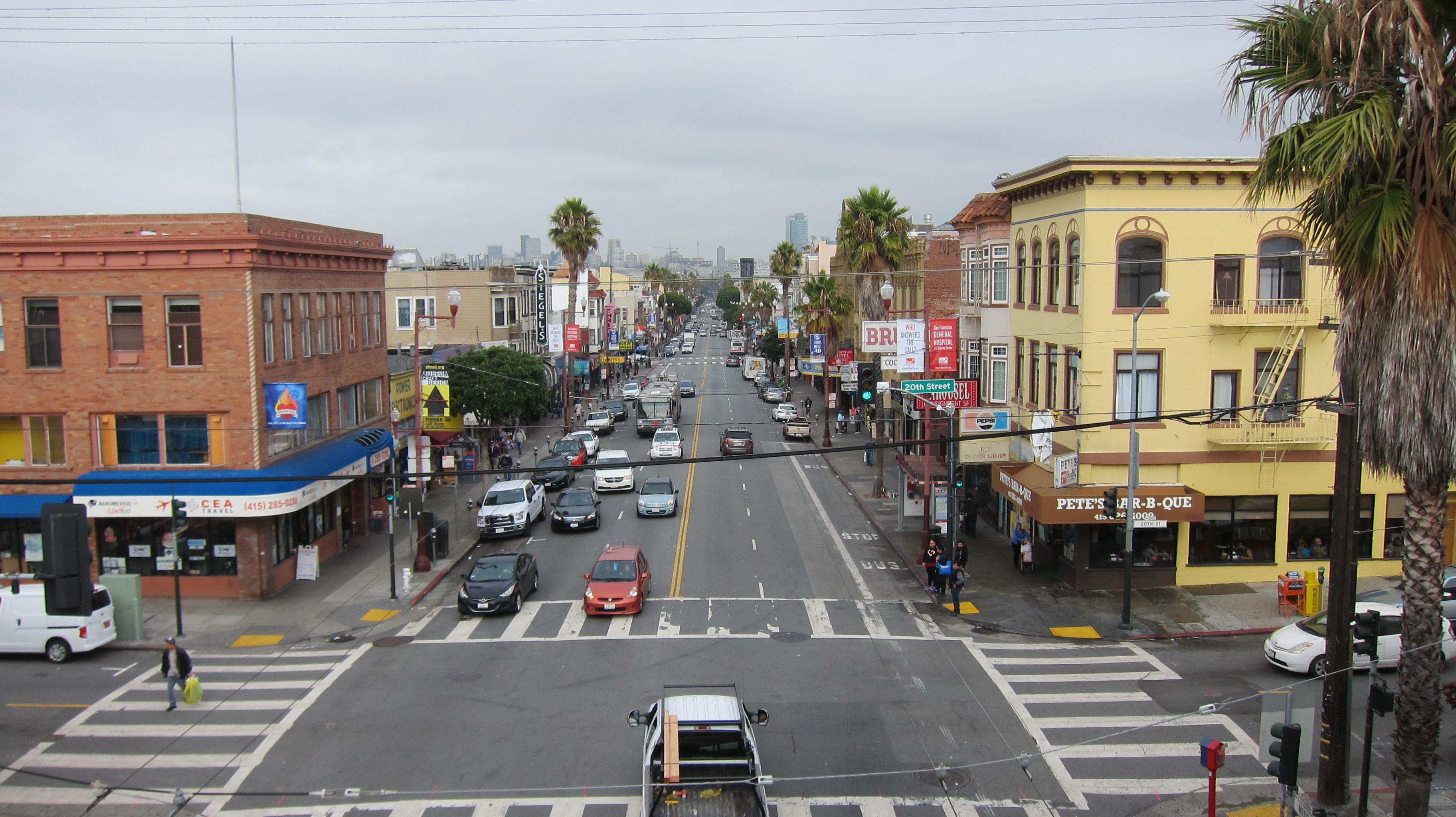 As you can see, we’re changing the number of travel lanes to widen the street, rolling out a new transit-only lane, and much, much more. Let’s walk through it.

These reduce delay for through traffic and keep pedestrians safe as they cross the street. Left turn restrictions will be put in place at every intersection on Mission Street between 14th and Cesar Chavez.

All of these improvements are hitting the street starting this month!

As the SFMTA paint crew moves through the project area, expect the following during construction hours:

We know construction is never fun, but in just a few short months tens of thousands of Mission Street transit riders will have a better Muni ride, and thousands of daily Mission visitors will get a safer walk in the neighborhood. This is Muni Forward and Vision Zero in action.

If you have any questions, let us know at muniforward@sfmta.com.