In celebration of the Muni Heritage festival this past weekend, a plethora of vintage buses and rarely-seen streetcars and cable cars made historically significant trips around San Francisco. Here's a photo look-back at the fun-filled event, which marked the 75th anniversary of Muni's electric trolley coaches. 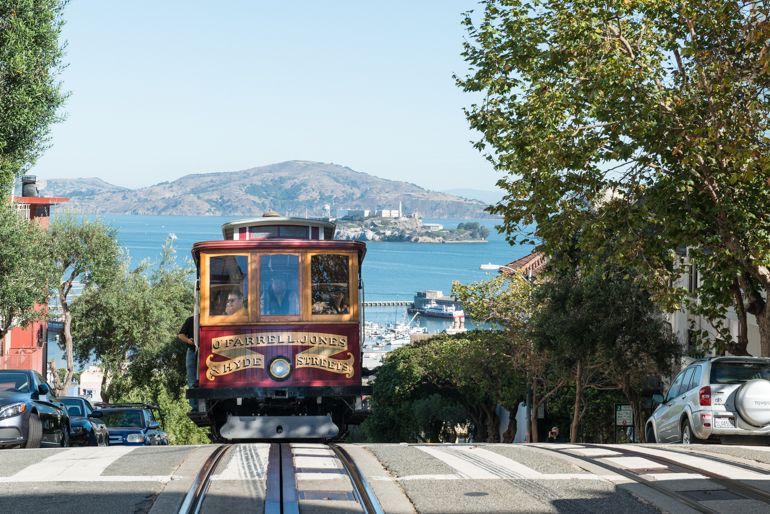 Cable Car 42, marked for the O'Farrell, Jones and Hyde Line, crests the Hyde Street hill at Chestnut Street on September 24, 2016.

Kicking off the day on Saturday, former California Cable Railroad Company Cable Car 42 rolled the clock back 62 years by taking a special trip over the Hyde Street hill, a voyage it's not done since the line was changed in 1954. 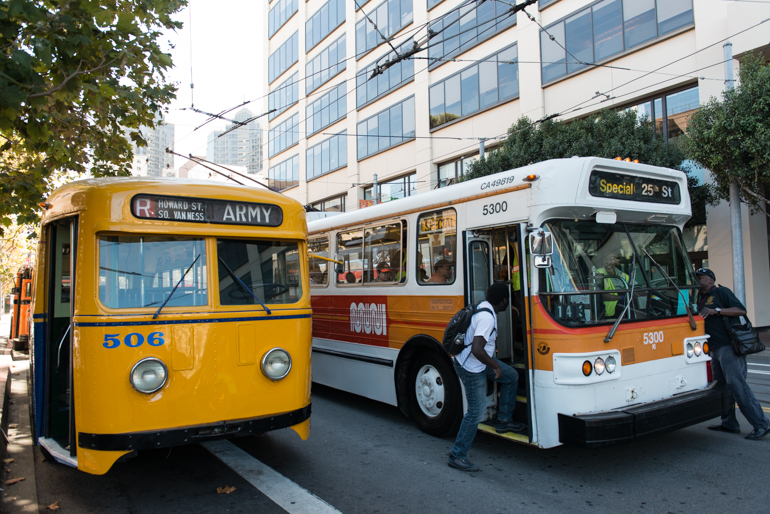 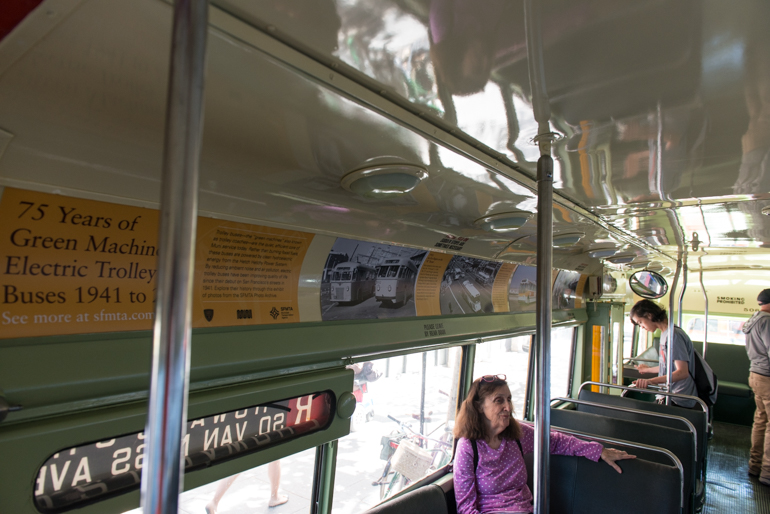 For those who wanted to dig a little deeper into Muni history, we featured a special SFMTA Photo Archive exhibit inside historic trolley coaches, including #506 -- one of Muni's first. 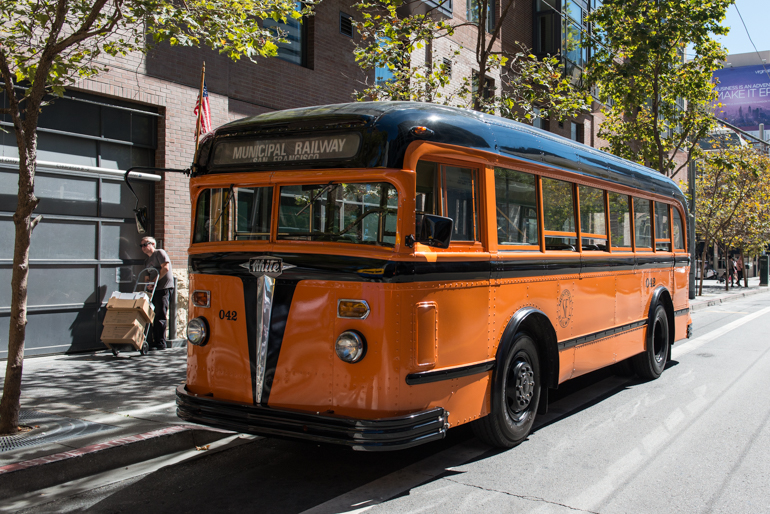 Muni's 1938 White Motor Company coach #042 on layover at Steuart and Mission streets. This bus is not painted orange and black to wow Giants fans or to celebrate Halloween, but wears the same color scheme as when it first operated on the streets of San Francisco​.

We also had a surprise visit from Motor Coach 042, which has been out of commission for the past two years, but was revived to provide free loop service through Union Square along with Muni's 1969 GMC coach 3287. 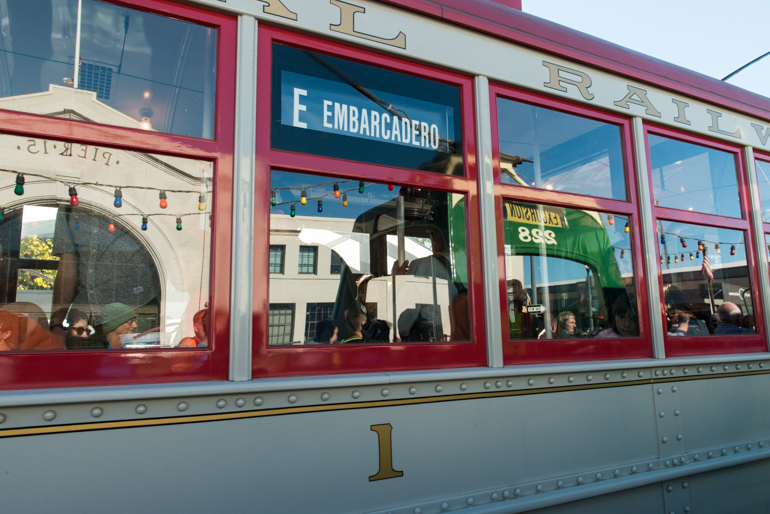 "Boat Car" 228 is reflected in the windows of Muni's Streetcar 1, which ran service on the E Embarcadero. Free trips were enjoyed by many on the open-air boat car in the beautiful early fall sunshine.

Many thanks to all the visitors who came out to make this year our biggest and busiest. And huge thanks to all the Market Street Railway volunteers and SFMTA staff – including organizers and Muni operators, inspectors and mechanics – who made this event go off without a hitch. 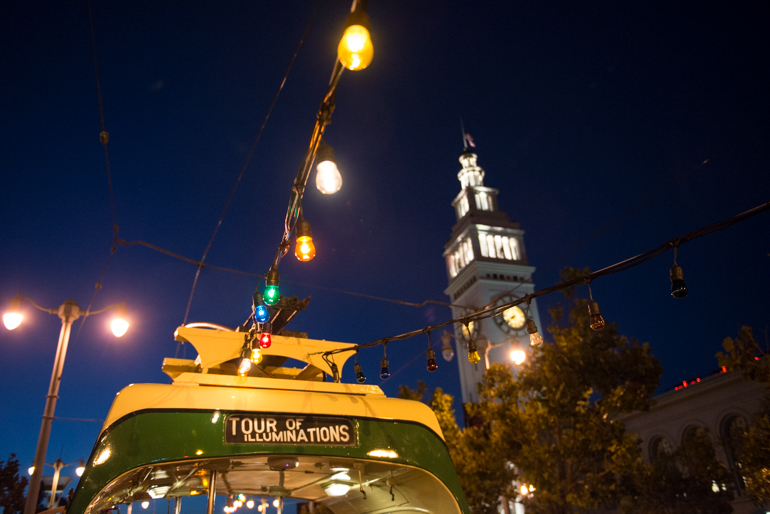 Streetcar 233, Muni's second "boat tram", passing the Ferry Building at the end on the evening on Thursday, Sept. 22. This car was out for a special charter trip to honor SFMTA Board of Directors' Chair Tom Nolan and to kick off the weekend festivities early.