Mapping the City by the Bay: Say More with Less

By now most San Francisco transit riders have noticed that as part of Muni Forward, the SFMTA adopted a newly redesigned Muni system map in April of 2015. The new, streamlined red-and-blue map makes a priority of communicating a rider-friendly detail: thicker route lines denote a higher frequency of service. 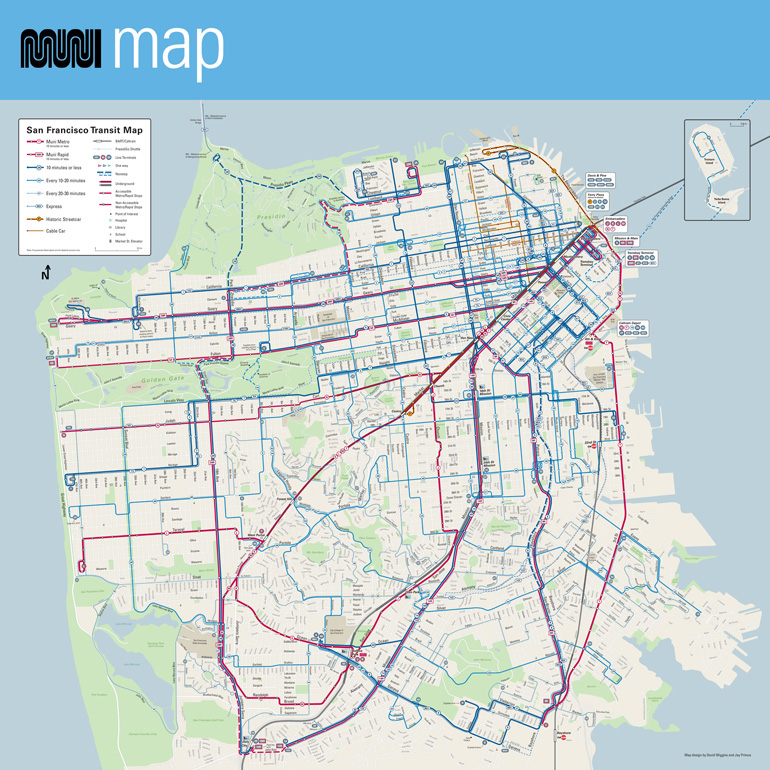 To download a PDF of this map, visit our system map page.

The creation of this new map goes back to 2004, as documented by Eric Jaffe on The Atlantic’s City Lab website. David Wiggins and Jay Primus, the transportation consultants who volunteered their time to create the new map, point out In a 2015 SPUR blog that the goal was to make the map “say more with less.”

Fascinatingly, map creators Primus and Wiggins drew some unexpected inspiration from an antique 1869 “Carte Figurative” of the Napoleonic Wars. This almost 150-year-old map gave the designers the idea to emphasize route frequency in the new Muni map. Wiggins and Primus wisely also scoured libraries and archives for examples of historic cartography to determine other key design features of transit maps.

As today’s “throwback,” we have a newly scanned image from the SFMTA Photo Archive, featuring a map of such surprising dimensions it could never have been used by the average transit rider or pedestrian out on the street. 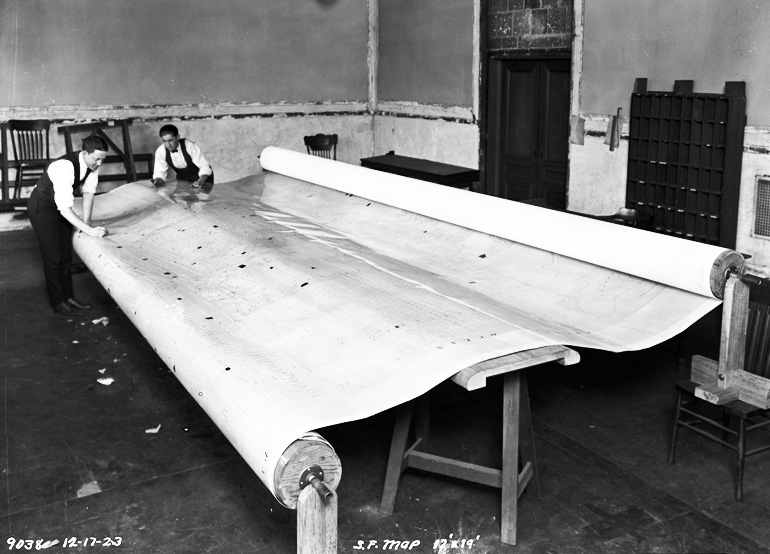 The map above is a survey of San Francisco in use by the Municipal Railway in December of 1923. The image negative itself notes that this gargantuan map measured 17 by 19 feet, and the photograph shows that it took two reels to spool out the immense plan.

This colossal chart was obviously never tucked into a pocket for a trip about town. The purpose of this map is actually a big of a mystery to us here at the SFMTA Photo Archive — we would love to hear from anyone with a spark of insight into the story of this map. If you wish to share, leave your history detective sleuthing for our archivists in the comments below!