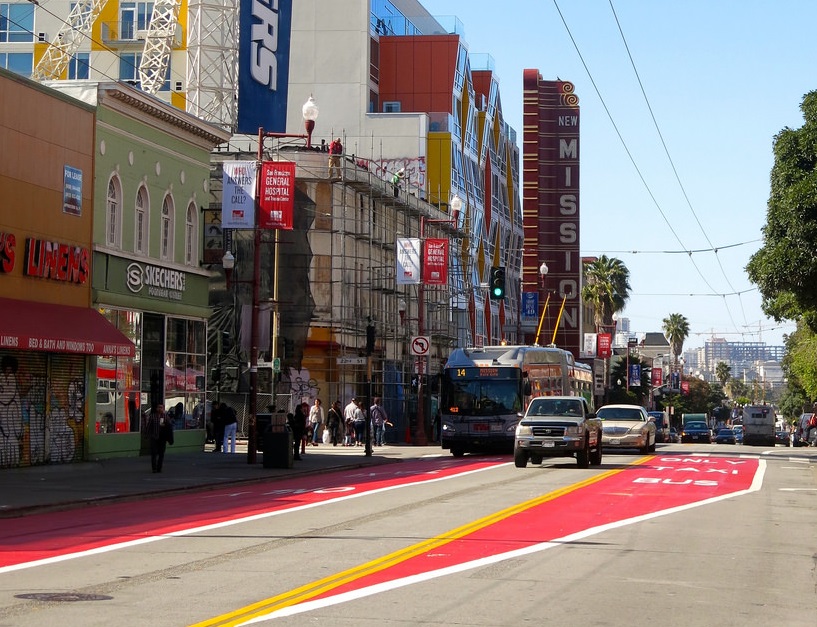 The Mission Street Rapid Project will see a few changes approved by the SFMTA Board of Directors this week to help vehicle traffic flow more smoothly through the area (see more details on that below).

These modifications, as well as the original street design, were developed based on extensive feedback from the community we gathered through a series of efforts before and after the project rolled out.

The original changes, which included red transit-only lanes and required right turns to make Mission safer and work better for Muni, were developed after nearly a year of community outreach (.pdf) in 2015, which included several open houses, door-to-door canvassing of every merchant along the project corridor, dozens of meetings with over 30 different neighborhood groups and several multilingual surveys conducted online and in person.

This spring, after the red paint on Mission’s new transit-only lanes had dried, we went back out to the community to discuss how the new street design was perceived by residents, Muni riders, motorists and others who use the street.

What We Heard on Mission Street

Overall, we heard a lot of positive feedback from people who visit Mission Street often. Here are some key findings: 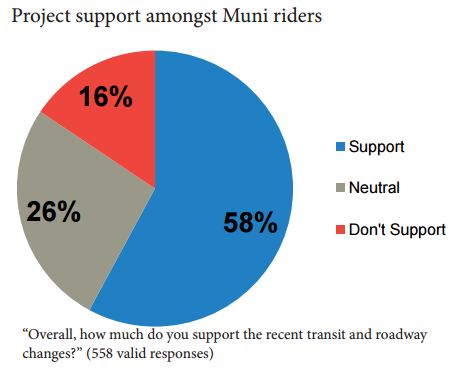 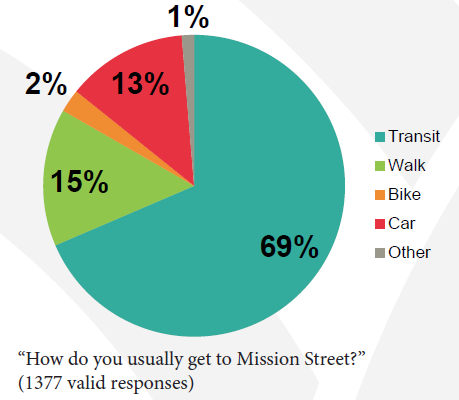 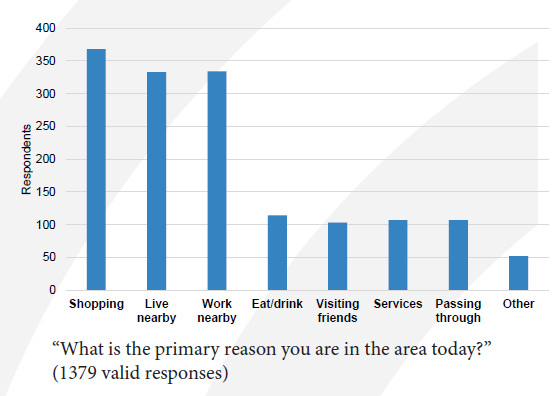 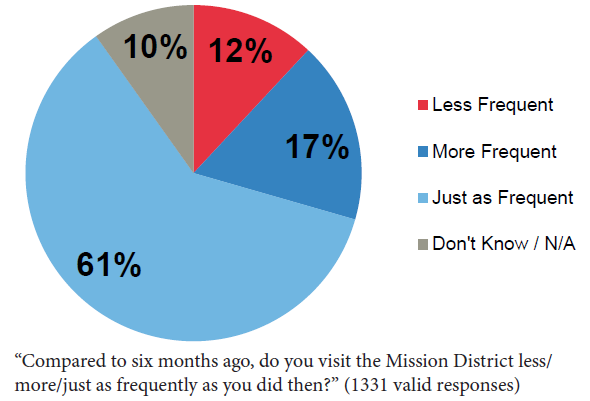 Mission Street is Safer, and Muni is More Reliable

Making Mission Street safer was one of our key goals. We were pleased to find that since the changes rolled out: 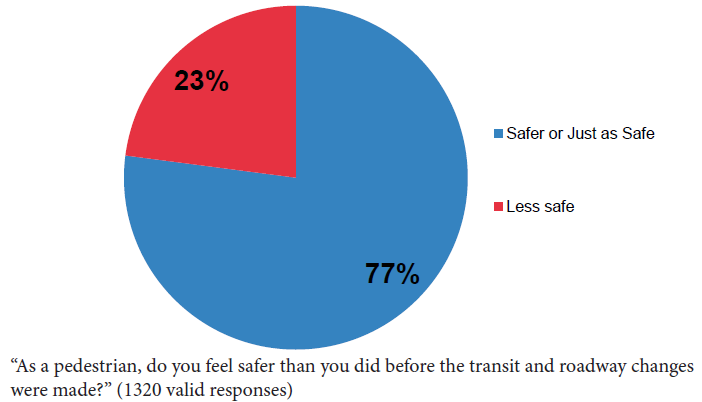 Muni is also moving faster on Mission Street – and riders said they can tell: 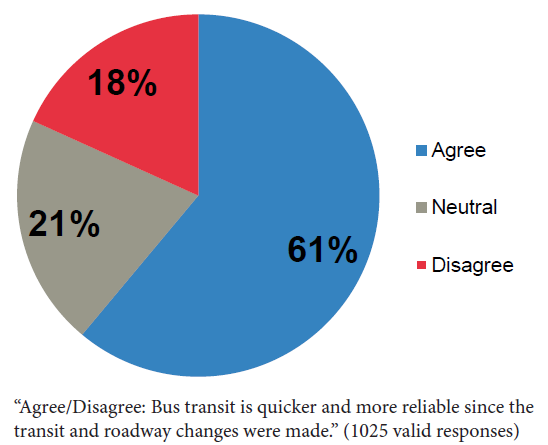 Other Outreach on Mission

In addition to conducting surveys, we provided other opportunities to weigh in on the changes on Mission. We held a town hall with more than 150 attendees at the Mission Cultural Center to share feedback and held small group meetings with community leaders and transit riders to understand how the project has affected various groups. We also talked to about 400 merchants (.pdf) in the Mission Street project area to hear their thoughts on the street changes in April when the project was under construction. Just over 20 percent expressed concern that the changes were negatively affecting sales. We visited merchants again more recently to continue discussions about their perceptions of the changes after they were finished. Nearly all mentioned that more parking could address the drop in sales.

Balancing the needs of such a diverse community is an ongoing effort. That’s why we proposed the following changes to the Mission Street project, based on all of the great feedback we’ve received.

Here are the changes on the way for the Mission Street Rapid Project:

Moving forward, we will continue to monitor Mission Street to see if there are further opportunities for tweaks we can make to ensure the street works for everyone.