Muni Subway to Close Early for Upgrade of Emergency Communications

As you may have seen posted in Muni Metro subway stations and on flyers from friendly outreach staff, the subway will begin closing early on July 31. Starting at  9:30 p.m. each night, Muni bus shuttles will run from Embarcadero to St. Francis Circle and bridge service to the outer legs of the light rail lines, which will continue to operate normal service. The subway will be closed by 10 p.m. This will give crews time at night to work on the radio and emergency communications systems that are in need of upgrades.

Please note that to ensure the subway is clear for the crews to begin work, depending on where you catch the train, subway service might end as early as 9:30 p.m. For example, Embarcadero Station will clear as early as 9:30 p.m., whereas the last train from Castro might be at 9:45 p.m.

Reporter Jerold Chinn at SF Bay is helping to spread the word, as are our outreach ambassadors. All last week, they were in the subway stations handing out flyers and letting customers know about the upcoming work and Muni shuttles. During the first week of early closures, folks will also be out in the stations and at St. Francis Circle to help customers transfer between the trains and shuttles.

The early subway closure is part of a larger group of subway upgrades that will improve communications within Muni Operations and keep trains running safely and reliably through the city. 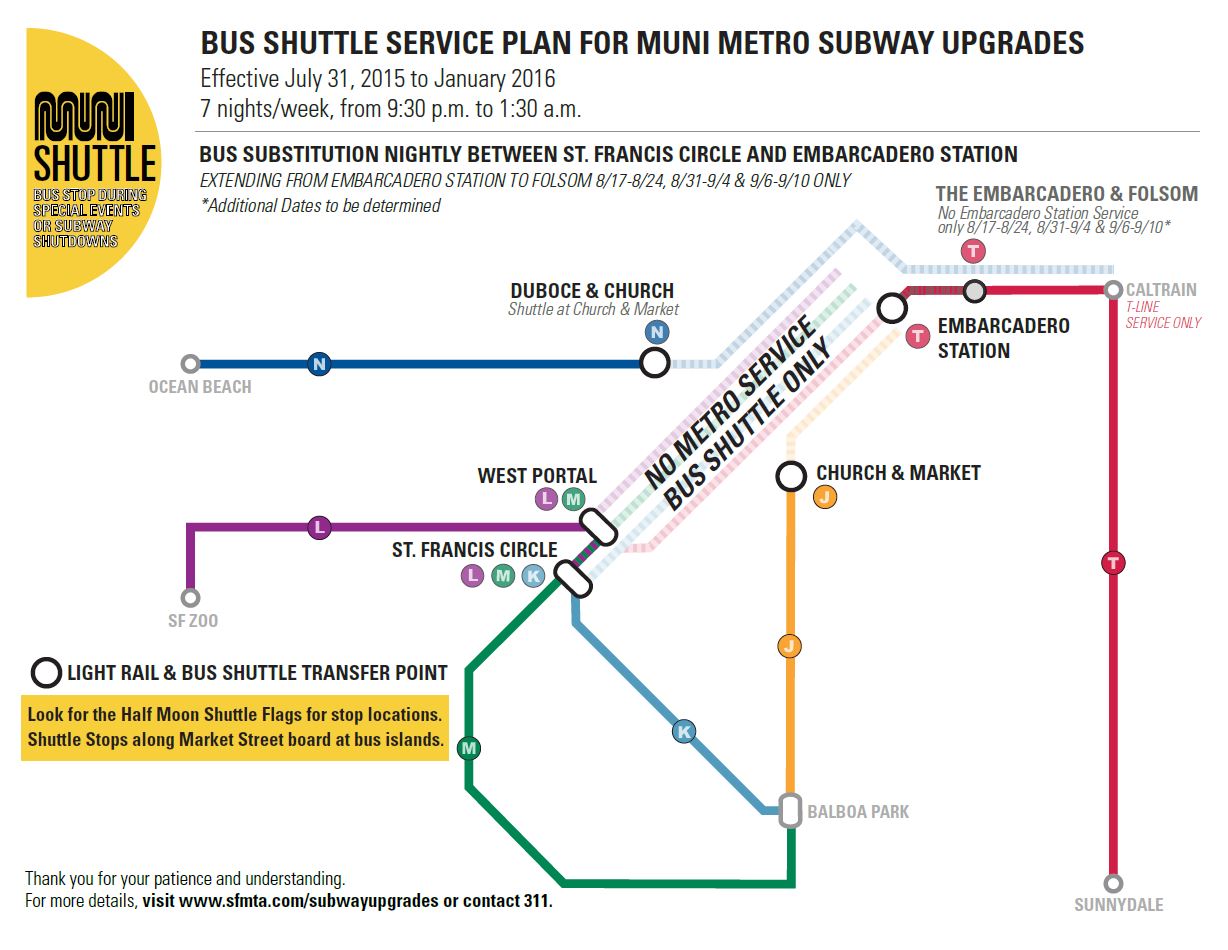