Powering Transit from Bryant Street Since 1894

Hidden in plain sight on the fringes of the South of Market neighborhood is a landmark structure that's served public transit for 124 years but gets little credit. What building? The massive Bryant Street Substation, located on the northeast corner of Bryant and Alameda streets. While it's not the most glamorous building in town, it has played a hugely important role in public transit since day one. 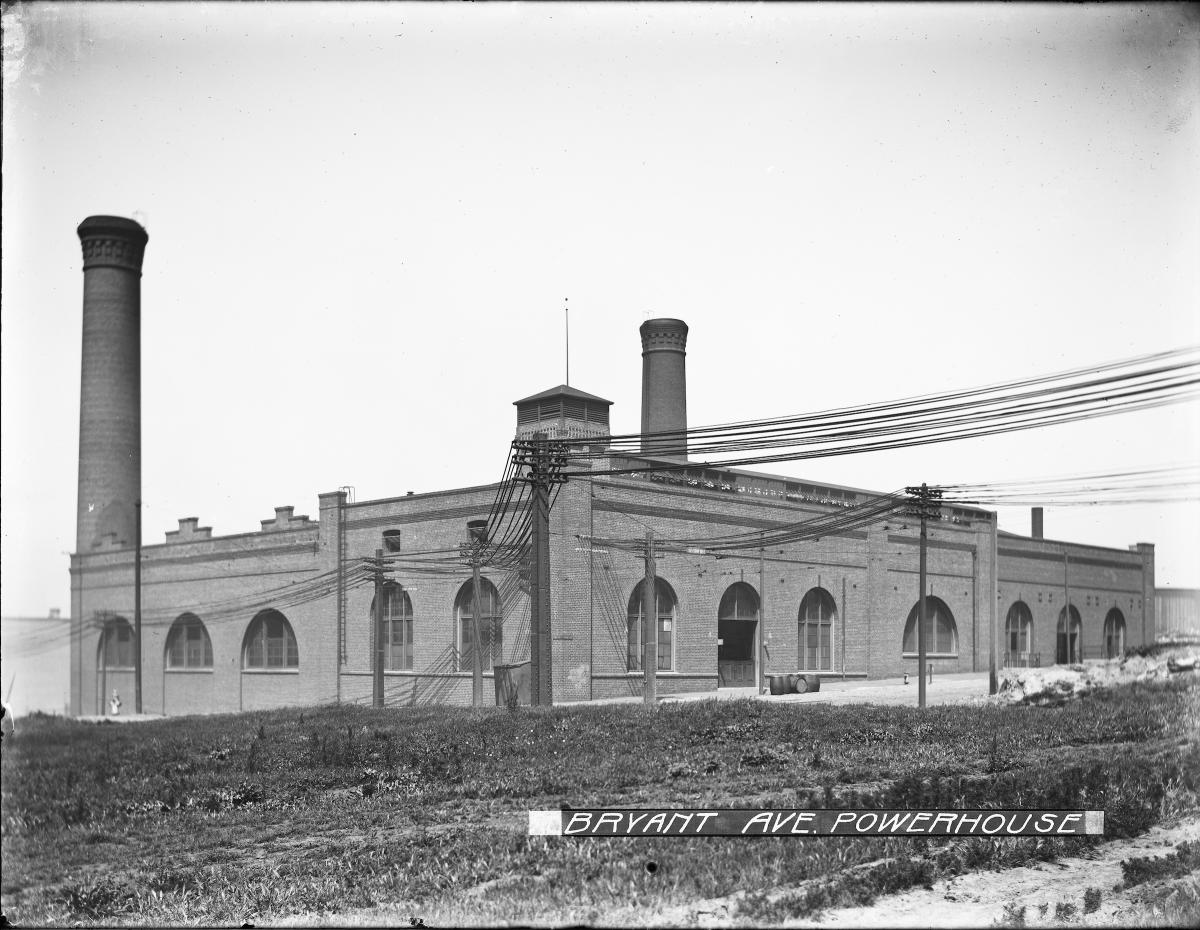 This is an early view of the powerhouse as it looked in January 1904. Note the double smokestacks used to heat water for the steam-powered generators.

Built by the Market Street Railway Company in 1894, this building has gone through several name, ownership and function changes over the decades but has always served as a power facility for public transit. Originally, the building housed large steam engines and generators used to power the company's electric streetcar lines.

It played a critical role after the 1906 Earthquake and Fires, as it survived the disaster intact and thus was back online in a remarkable 17 days. In those early days of reconstruction, it was the only working power generating station in the city, supplying electricity to streetcars as well as the downtown business district. 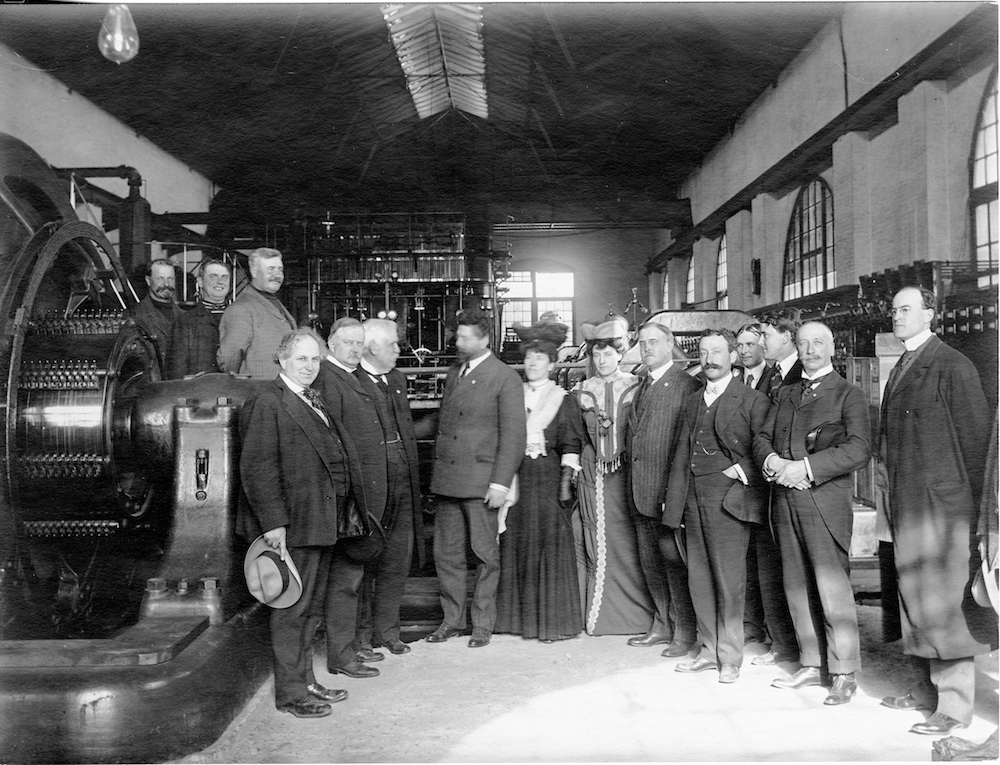 This photo, taken May 5, 1906, might be the only time a San Francisco mayor has set foot inside the Bryant St. building. Mayor Eugene Schmitz (bearded man at center frame) poses with United Railroad Co. staff and others to celebrate the facility coming back online to provide power to a disaster-ravaged city. Behind the group are massive steam engines, which powered generators much like the one at frame left.

By 1911, the building's equipment had been converted for use as a substation. No longer producing power, the site continued to play a key role in the conversion and distribution of electricity for the overhead line system. Over time as equipment was modernized, more space became available in the building and it served in part as a general storeroom for a number of years. 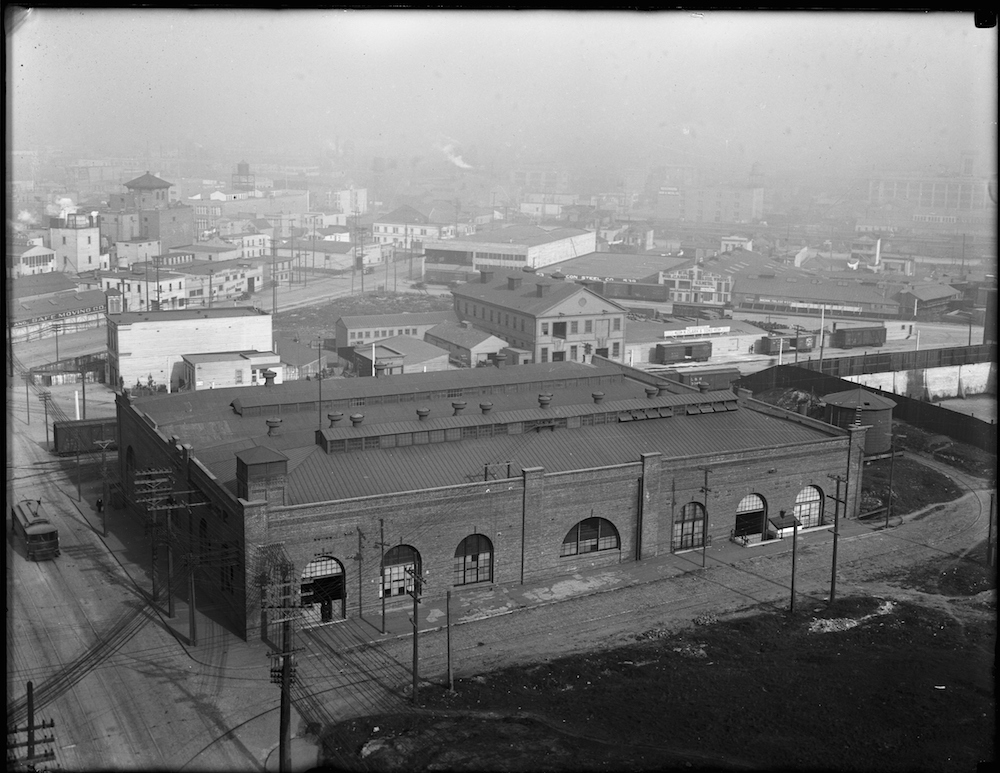 Shortly after the merger of Muni & Market St. Railway in 1944, the building became home to Muni's Overhead Line Department, a role that it still serves today. In 1978, all substation functions were moved to a newly built facility in an empty part of the lot on Alameda Street. 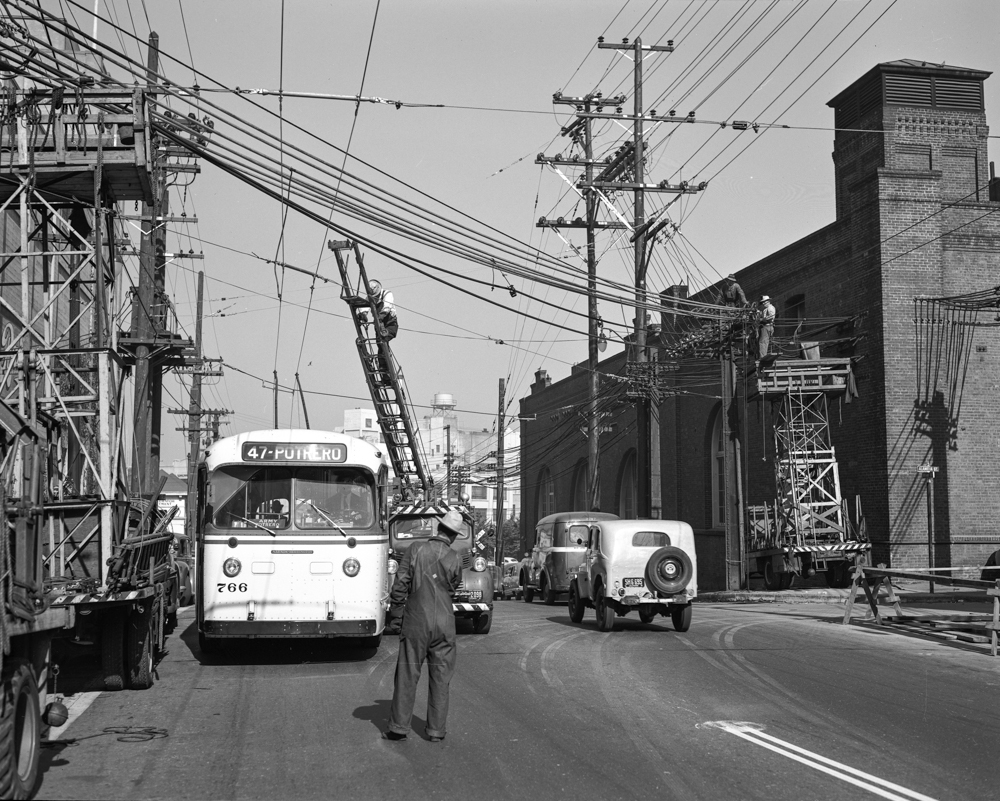 This November 5, 1951 view shows master Overhead Line Dept. staff working to install new "feeder" power lines on Bryant Street. Note the equally impressive skills of the 47-Potrero trolley coach operator, who is threading his coach through the line trucks like the eye of a needle. 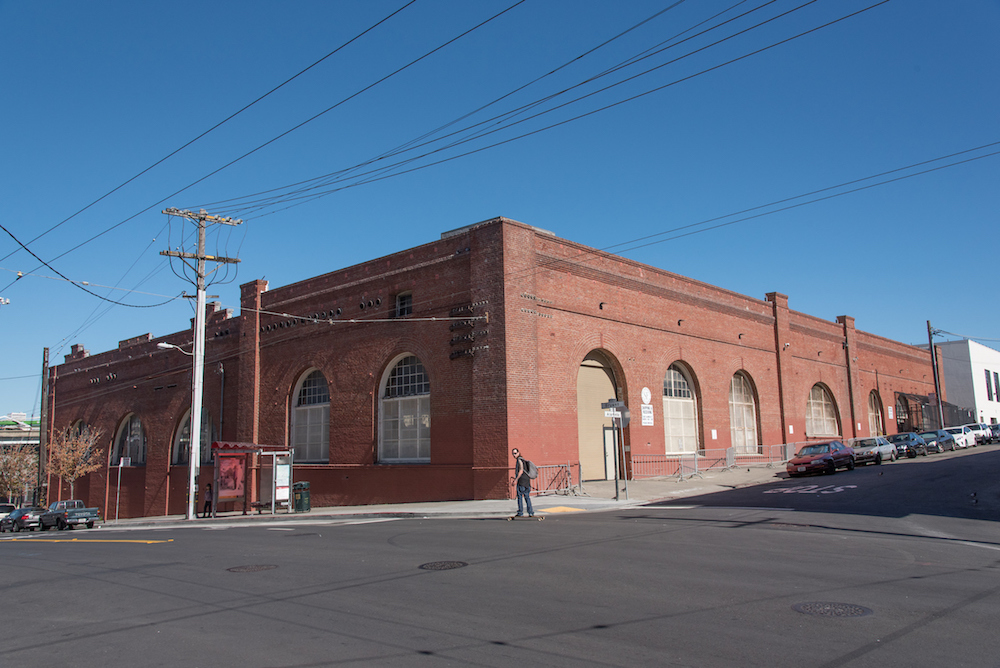 A modern-day view of the building from the southwest corner of Bryant & Alameda shows that it has definitely changed through the years but retains much of its original character.

Looking to the future, plans are afoot to transfer this long-time transit facility over the city's Animal Care & Control department to construct a modern animal care facility within the historic building shell. This move would end a long era of transit service but potentially provide a new life for one of the oldest transit facilities in the city.