Transit lanes on Geary Boulevard east of Stanyan Street are about to receive the red carpet treatment. And with Geary Rapid Project construction nearing the finish line on time and on budget, it’s the perfect occasion for the corridor to be getting the ruby rollout.

But what’s so magical about the color red? In general, painting transit lanes red has been shown to improve compliance by about 50%. Studies of three downtown San Francisco streets found that red paint led to fewer violations by private vehicles, which reduces the number of collisions and makes Muni service more reliable.

And it makes sense: coloring transit lanes red makes it easier for drivers to know where they’re allowed to drive. By making transit lanes extra clear, you’re less likely to get a citation for unintentionally driving in a transit lane.

Learn about when it’s okay for drivers to access a transit lane. 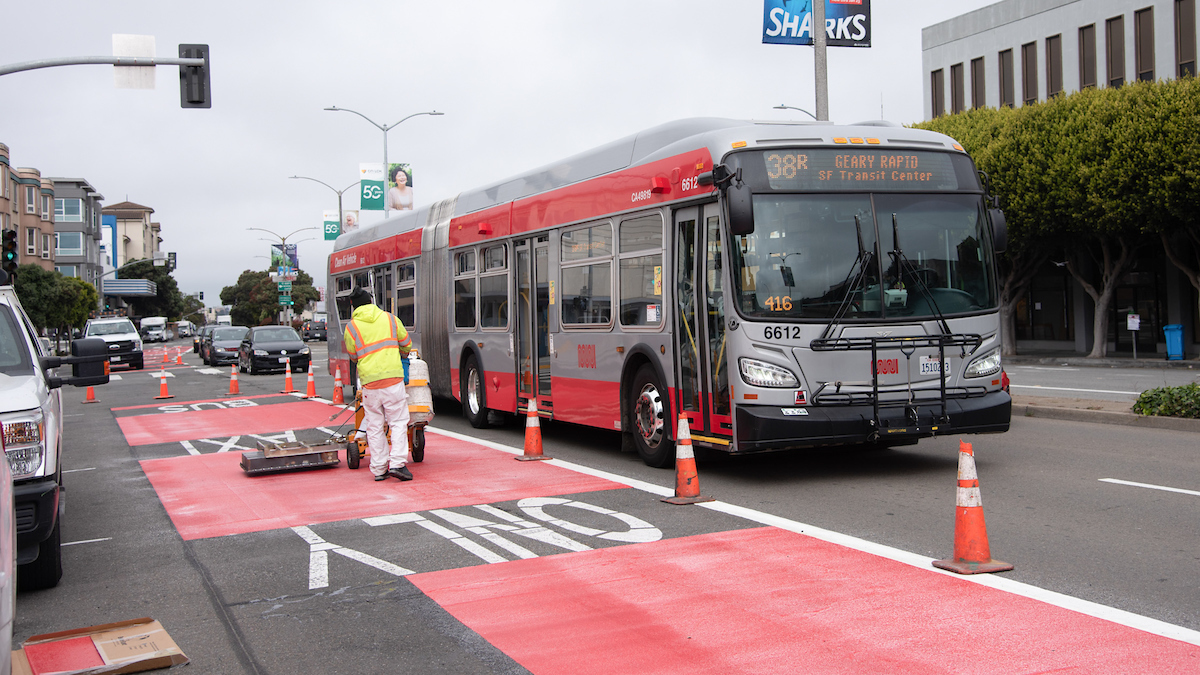 Red transit lanes mark the final step of the transit, safety and utility improvements that are being installed along the Geary corridor between Stanyan and Market streets as part of the Geary Rapid Project.

San Francisco is a leader in using red transit lanes to give buses and trains priority on the street. Following San Francisco’s success, many cities are now using this approach, including New York, Washington, DC, Portland, Seattle, Boston and more.

When the red treatments are completed, Geary will have gained almost 3.5 miles of red lanes along the corridor, bringing the citywide red transit lanes total to 22 miles, or about a 20% increase in red transit line mileage.

Red lanes along Geary will add to the transit benefits that were realized when quick-build improvements—such as non-colored transit lanes, bus stop changes and traffic signal retiming—were made at the beginning of the Geary Rapid Project in late 2018. Those changes helped to speed up 38R Geary Rapid trips by up to 20% and improved reliability by 20%. In the coming months we’ll be crunching the numbers to understand the additional benefits of the red-colored transit lanes and other recently completed transit improvements like bus bulbs (sidewalk extensions at bus stops). 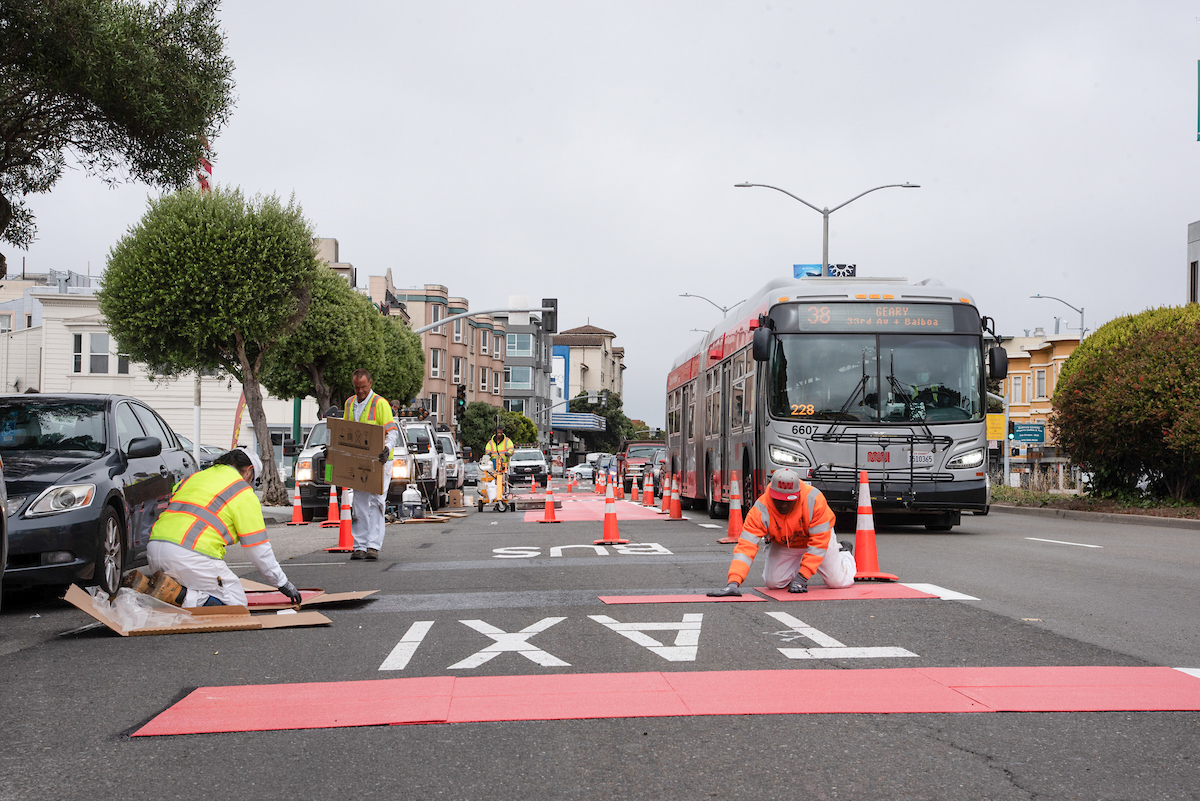 Based on the success of San Francisco and other cities’ experiments, the Manual of Uniform Traffic Control Devices (MUTCD)—the national standards governing all traffic control devices—issued Interim Approval to use red transit lane treatments in late 2019. Now the 11th edition of the MUTCD is under development and is expected to include the treatment. 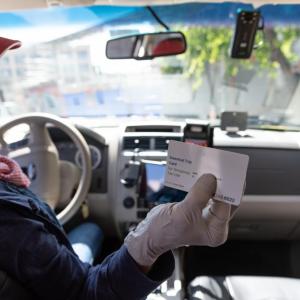 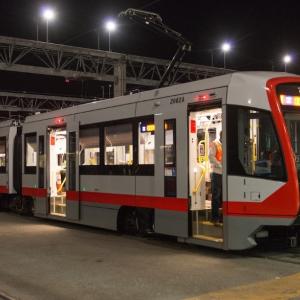 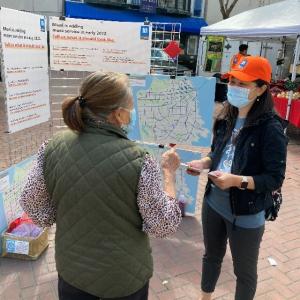