Upgrading the T: Weigh in on a New Type of Train Signal on 3rd Street

The two signal designs below were recently installed at intersections on 3rd Street. With efforts including a new survey, you can weigh in on which signal is more effective at making intersections safer while making Muni Metro lines faster and more reliable.

Which of these signals most effectively indicates that a train is coming through the intersection? Note: Survey has closed. 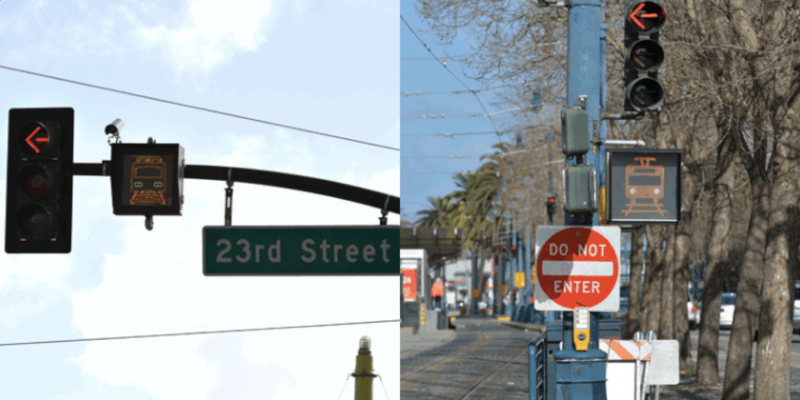 Right now, left turns off of 3rd Street are mostly prohibited, or require left-turning drivers to wait for a dedicated traffic signal arrow to turn green.

But 50 percent of collisions between T trains and other vehicles over the past five years have been due to illegal left turns off of 3rd. That’s not just a safety issue – it causes severe disruptions for Muni riders.

To reduce these collisions, we plan to install more visible flashing “train coming” signals to warn drivers that a train is proceeding through an intersection at locations with left turn signals.

At intersections on 3rd where left turns are prohibited, we’re also adding plastic “safe-hit” posts to provide a clearer signal that motorists are not allowed to turn left. 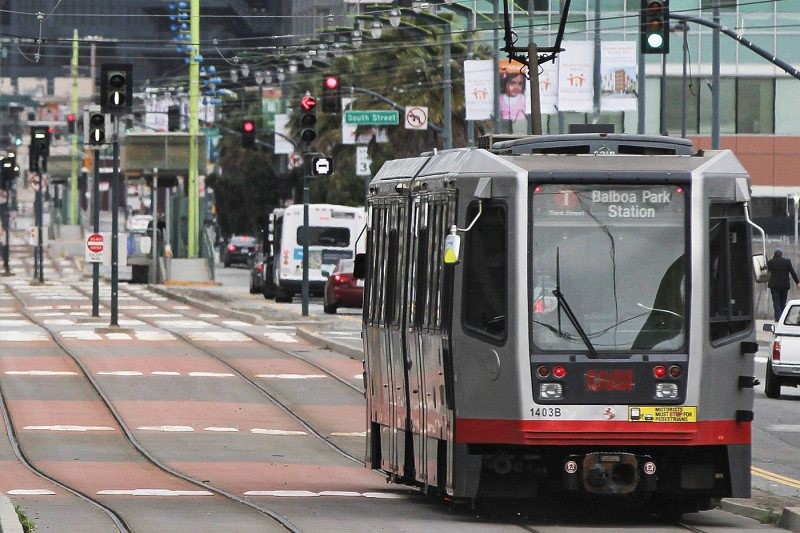 An existing “train coming” signal below the left turn signal on northbound 3rd Street at South Street. Can you spot it?

In our train signal pilot project, we’re testing two variations of train signals on 3rd – one at King Street, and one at 23rd Street. These would be twice as large as the similar train signals that already exist along 3rd.

Both designs are approved in state and federal guidelines and similar signs are used by other transit agencies, but we’re gathering input from transit operators and the public to help ensure we adopt the most effective one as our new standard.

Once we select a signal design, we plan to start installing them along 3rd in the spring.

Other T Third Signal Upgrades on the Way

We’re making other signal improvements along 3rd Street and The Embarcadero to make Muni service more efficient for the thousands of daily riders on the T Line. 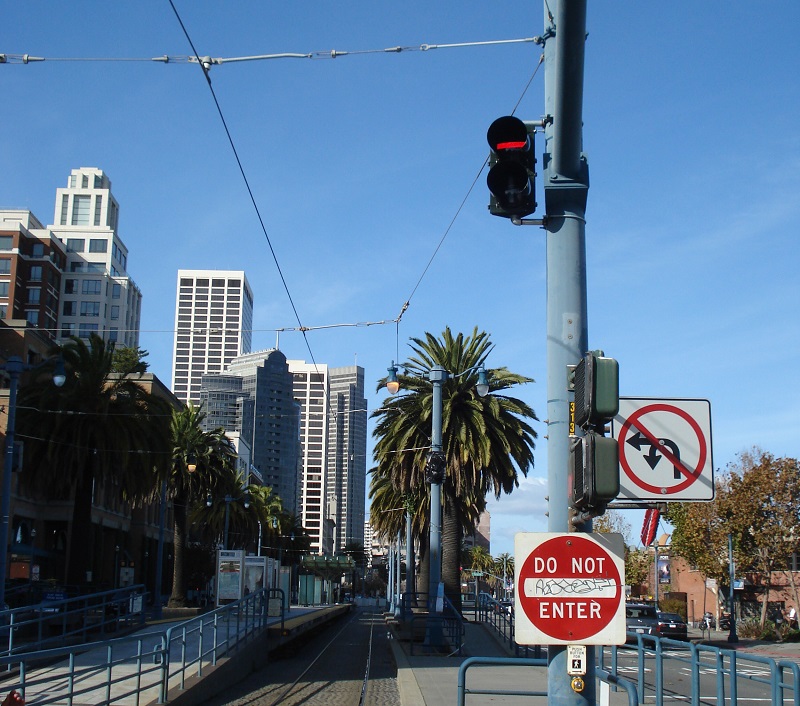 A newly-installed train signal on The Embarcadero.

Currently, Muni trains are guided by three different types of train signals. We’re in the process of upgrading 400 signals along the T Line to one uniform system within the next few months.

The three designs used for existing train signals (left) which will be consolidated into one standard type of signal (right).

We’re also modifying the traffic signal timing to give riders on the T Line more green lights so they can spend less time waiting to cross intersections. We’ve already made this adjustment on The Embarcadero at Bryant Street, and we’re working to expand it south along King Street towards 4th Street, and then down 3rd Street. Once fully installed, we expect these upgrades speed up T service by up to 10 percent.

We appreciate your input every step of the way as we work to make service faster and more reliable on the T and throughout the Muni system. The biggest improvement for the T will come in 2019, when the Central Subway carries an expanded fleet of new Muni trains on the line through downtown to Chinatown.