Weekend Attractions: The Holiday Train and a Festive Concert 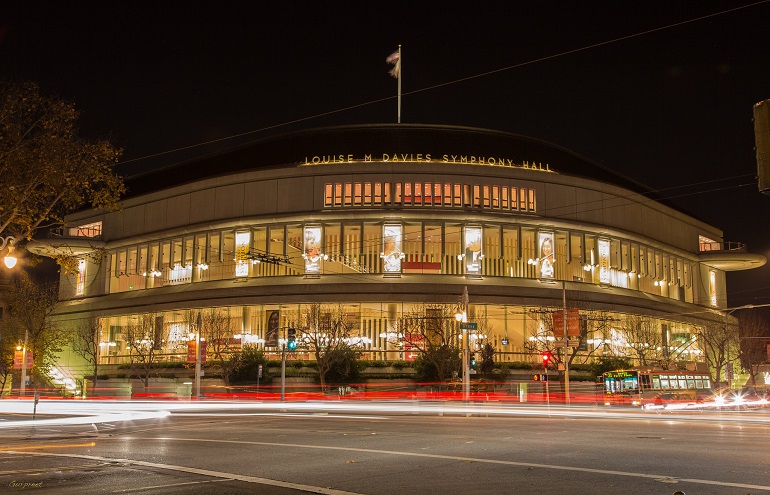 The 15th annual Holiday Train will be chugging along this weekend on its mission to spread holiday magic and revelry. Over 70,000 decorative lights will illuminate the train as it makes stops at nine stations including the San Francisco station at Fourth and King streets. The train will depart this station at 4 p.m. both days. During each stop, which will last about 20 minutes, Santa, Mrs. Claus and company will take to the platform to greet the assembled crowd. Help spread holiday joy by bringing an unwrapped toy for donation to the Salvation Army and the U.S. Marine Corp Reserve Toys for Tots programs.

If you’re looking to get a glimpse of the holiday train before it pulls out of the depot, you can take the N Judah, T Third, E Embarcadero, 10 Townsend, 30 Stockton, 45 Union/Stockton, and 47 Van Ness to Fourth and King area.

Members of the San Francisco Symphony along with special guest artists will conduct two performances of the family friendly concert, Deck The Hall, this Sunday. This holiday tradition will be followed by a post-concert party with refreshments, arts and crafts and even more entertainment.

Muni’s 21 Hayes, 47 Van Ness and 49 Van Ness/Mission routes will take you directly to Davies Symphony Hall. You can also take either the F Market, 6 Haight/Parnassus, 7 Haight/Noriega, or 9 San Bruno to Market Street and Van Ness Avenue. If you prefer going underground, take the Muni Metro subway to Van Ness Station.

All left turn lanes on Van Ness Avenue have been removed with the exceptions of those at Broadway (southbound), Lombard (northbound), and temporarily at Hayes (northbound).

In addition to the left turn removals, there will be a re-configuration of traffic lanes from three to two lanes in both directions.

For complete details on these changes, please revisit our November 4 blog post.

Eastbound Ocean Avenue between Geneva and San Jose avenues now closed until mid-December due to the Balboa Park Station Area and Plaza Improvements project. As a result of the partial street closure, three 29 Sunset and 49 Van Ness/Mission stops have been temporarily relocated.