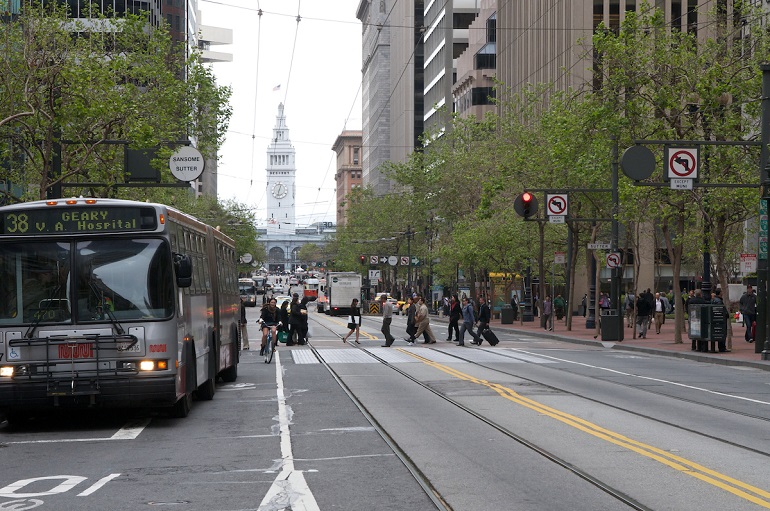 On the weekend before Chinese New Year Day, the Chinese Flower Market Fair in Chinatown will help kick off the festivities for Lunar year 4715, better known as the Year of the Rooster. This two-day event will feature acrobats, folk dancers and opera, plus the opportunity to buy traditional fruits, candies, flowers and plants in advance of new year celebrations.

Due to street closures on Grant Avenue from Clay Street to Broadway, pedestrian and vehicle traffic congestion is expected to be heavy on surrounding streets. Please plan ahead, add extra travel time and utilize alternative routes to avoid delays.

Muni service note: The 10 Townsend and 12 Folsom/Pacific will be re-routed.

On Saturday, there will be two separate marches that will proceed east along Market Street from Civic Center Plaza to Justin Herman Plaza (the Ferry Plaza).

The annual Walk for Life, which draws thousands of participants each year, will begin at 12:30 p.m. with a rally in the Civic Center/UN Plaza. At 1:30 p.m., the walk will move east on Market to the Ferry Plaza.

For complete details on these changes, please our Van Ness Improvement Project page.