This Weekend: Sikh Parade, Sunday Streets and Much More

Events: This weekend is packed with fun events all across the city. The Giants play a three-game weekend series against the rival Dodgers starting Friday evening. Saturday will feature the fifth annual Spring Indian Day Festival in Union Square. Sunday will play host to the Escape from Alcatraz Triathlon starting on the infamous island before taking to the streets of the city from the Marina down to Golden Gate Park, as well as the 35th annual Sikh Parade along Market Street and the Haight-Ashbury Street Fair. 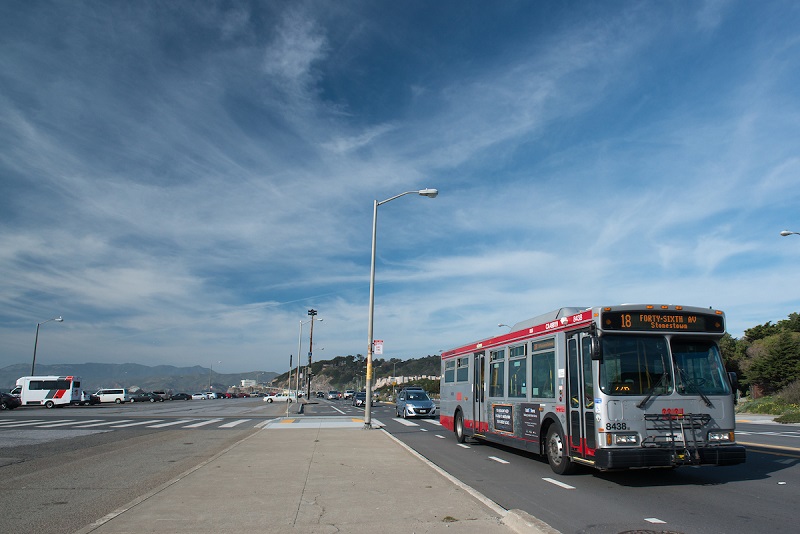 It will be a busy Sunday around the western side of Golden Gate Park and the Great Highway. Photo: SFMTA Archives

Sunday Streets in the Sunset

The Sunday Streets route for this month is the longest and arguably most scenic of the year, winding along John F. Kennedy Drive in Golden Gate Park then continuing south along the Great Highway between Lincoln Way and Sloat Boulevard. There will be two activity hubs in the park loaded with fun for the whole family, pet adoptions, live music and much more.

How to Get There on Muni: Riders may take the L Taraval or N Judah Muni Metro lines, as well as the 7 Haight/Noriega, 18 46th Avenue, 23 Monterey, or the 48 Quintara/24th Street routes to the event.

Muni Service Notes: The 18 will have a reroute during this event, while the L, N, 7, 23 and 48 may experience increased ridership and minor slowdowns in the area of the event.

A culturally and historically significant event, the Sikh Freedom Parade will shine light on the recurring theme of human rights of minorities in India. More than 10,000 Sikhs from the Bay Area, Sacramento and Central Valley are expected to attend the parade in an effort to highlight that the religious and economic demands of the Sikh community remain unaddressed even after 35 years.

How to Get There on Muni: Riders may take any Muni Metro Line to downtown, the F Market and Wharves Line, any Market Street bus route, as well as the 2 Clement, 3 Jackson, 10 Townsend, 12 Folsom/Pacific, 14 Mission, 14R Mission Rapid, 19 Polk, 30 Stockton, 45 Union/Stockton, 47 Van Ness, 49 Van Ness/Mission or 76X Marin Headlands Express routes to anywhere along the parade route or to the Civic Center.