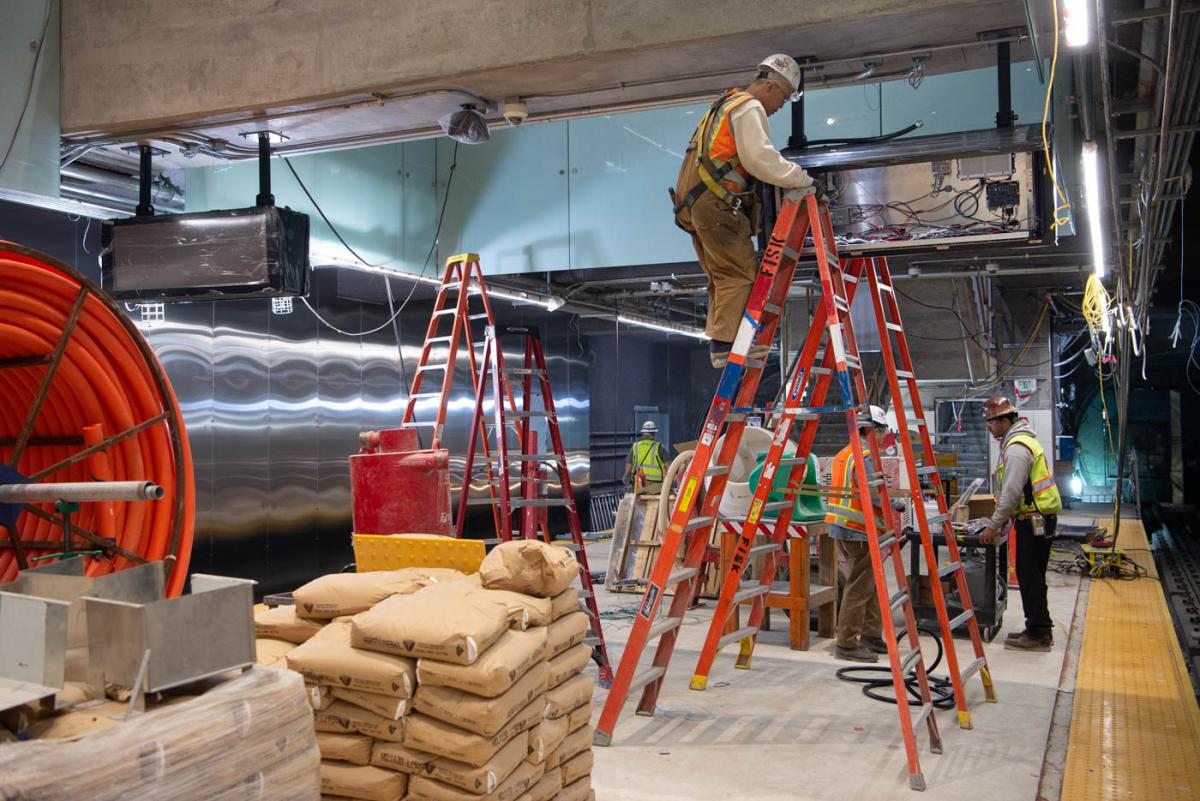 Electronic display boxes are being installed at the north end of Yerba Buena/Moscone Station's platform. 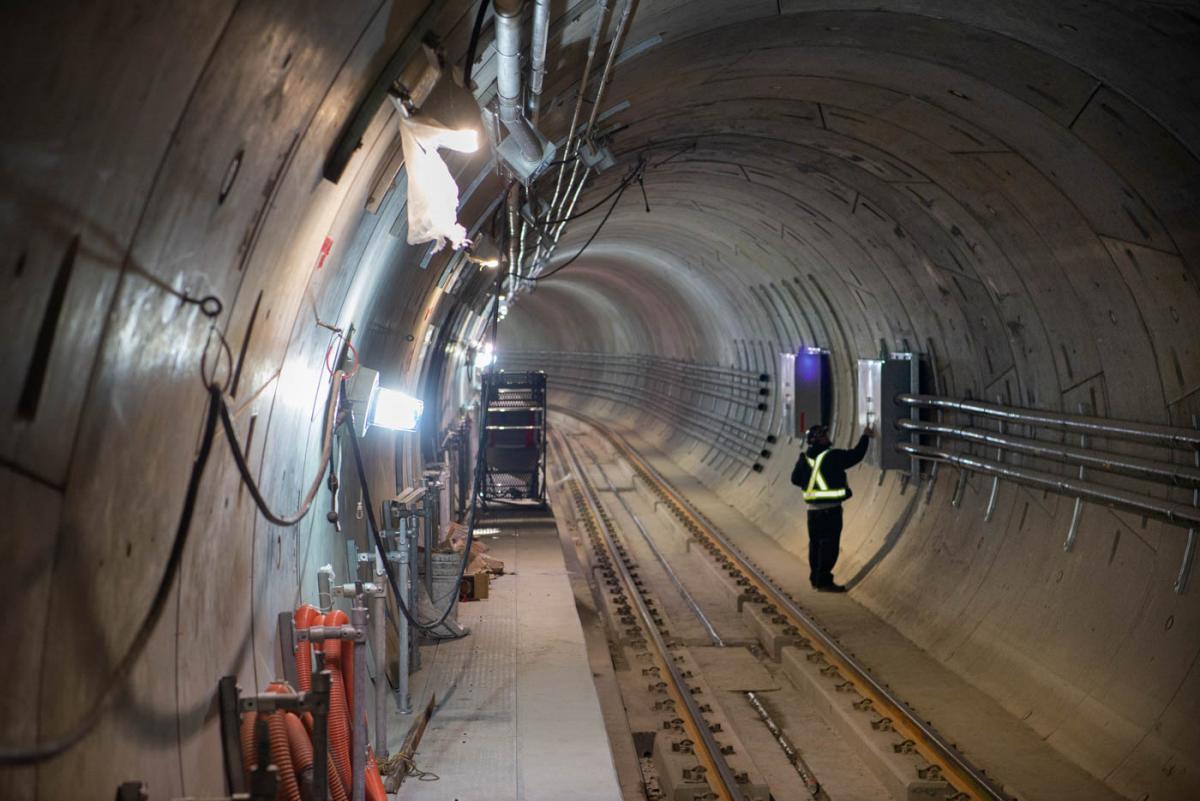 Conduits for electrical, communications, and signaling systems, are being installed inside the northbound tunnel.

Before entering into the surface-to-tunnel portal just north of 4th and Bryant, a section of the new T Third Line extension will travel on the surface of 4th between King and Bryant.  To increase access, there will be one surface-level station platform added just north of the 4th and Brannan intersection.  Tactile paving tiles, public art, and an access ramp are currently being installed and built there.

A public art centerpiece was installed at the 4th and Brannan surface station platform.  The piece is a kinetic sculpture entitled Microcosmic, by Bay Area artist Moto Ohtake. This installation is one of 10 major art pieces that are a part of the Central Subway Project.

Starting Friday, February 28 at 7 pm, crews will be installing the train case foundation and systems equipment at the 4th and King intersection.  This work should be concluded by 9 amon Saturday the 29th. 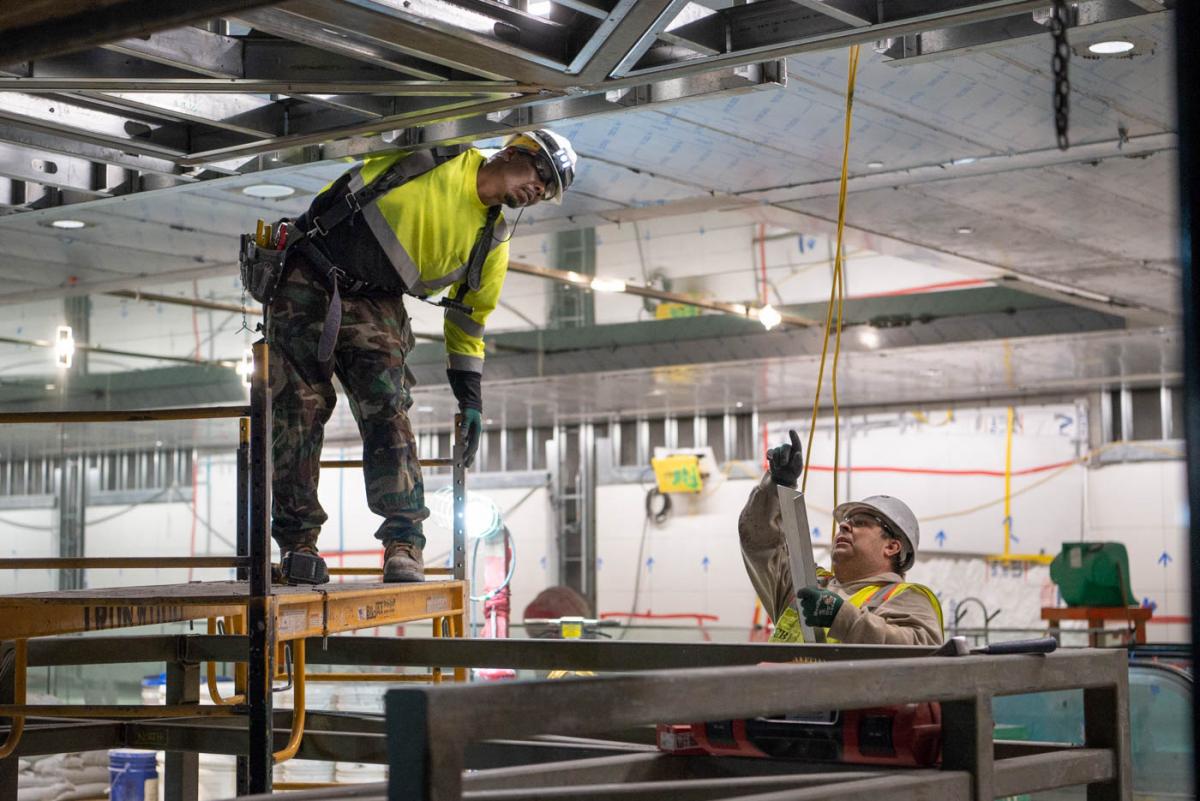 Pieces of steel framing are fabriated and installed piece by piece at the future fare gate entrance area.

The first subway station north of the tunnel portal will be Yerba Buena/Mosone Station, with the entrance plaza located at 4th and Clementina (near Folsom Street).  Street-level elements such as elevator shafts and steel framing are being constructed.  Crews are also building out the station interior, installing permanent lighting, fire suppression systems, terrazzo floors, concourse-to-platform elevators, wall panels, conduits, and utilities. 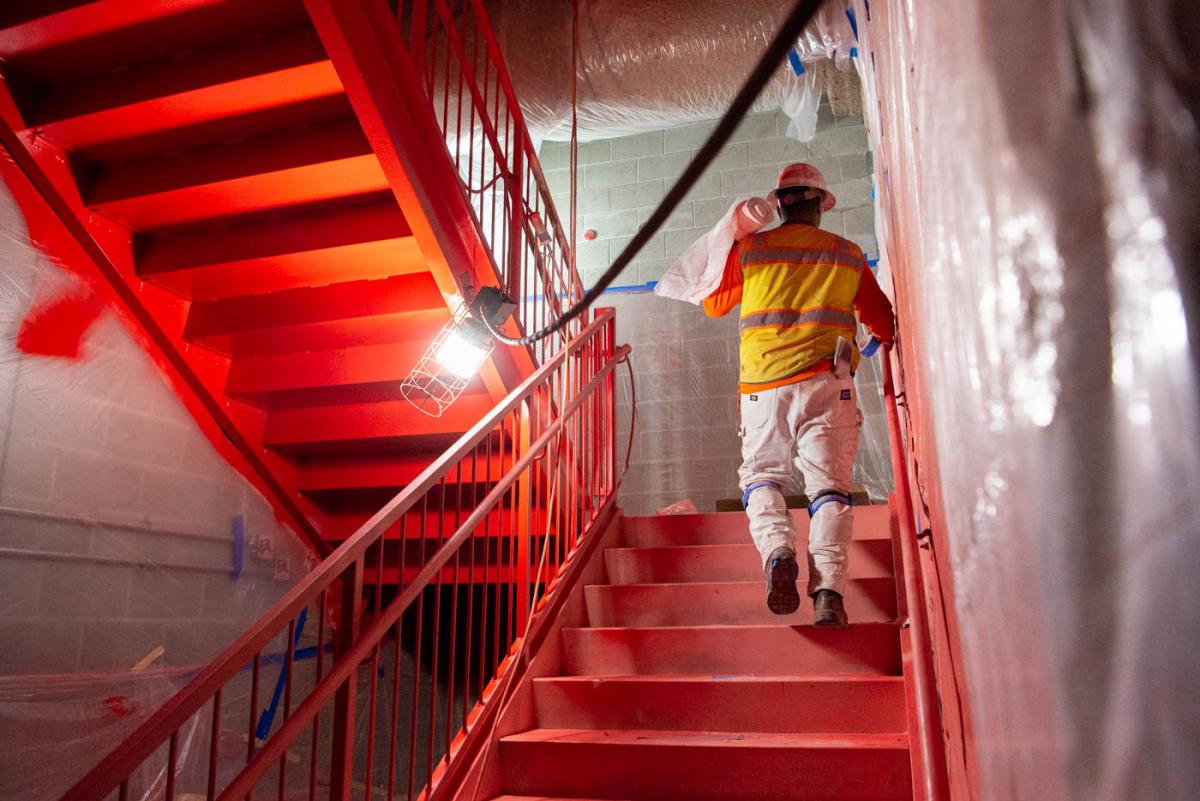 Emergency exit stairs at the north end of the station platform are being painted bright orange to aide in giving directions during an emergency.

Recently, the boarding island and bulb-out for buses was reopened just north of Geary for the 30/45/8 Muni buses traveling south, replacing the temporary stop south of the intersection. 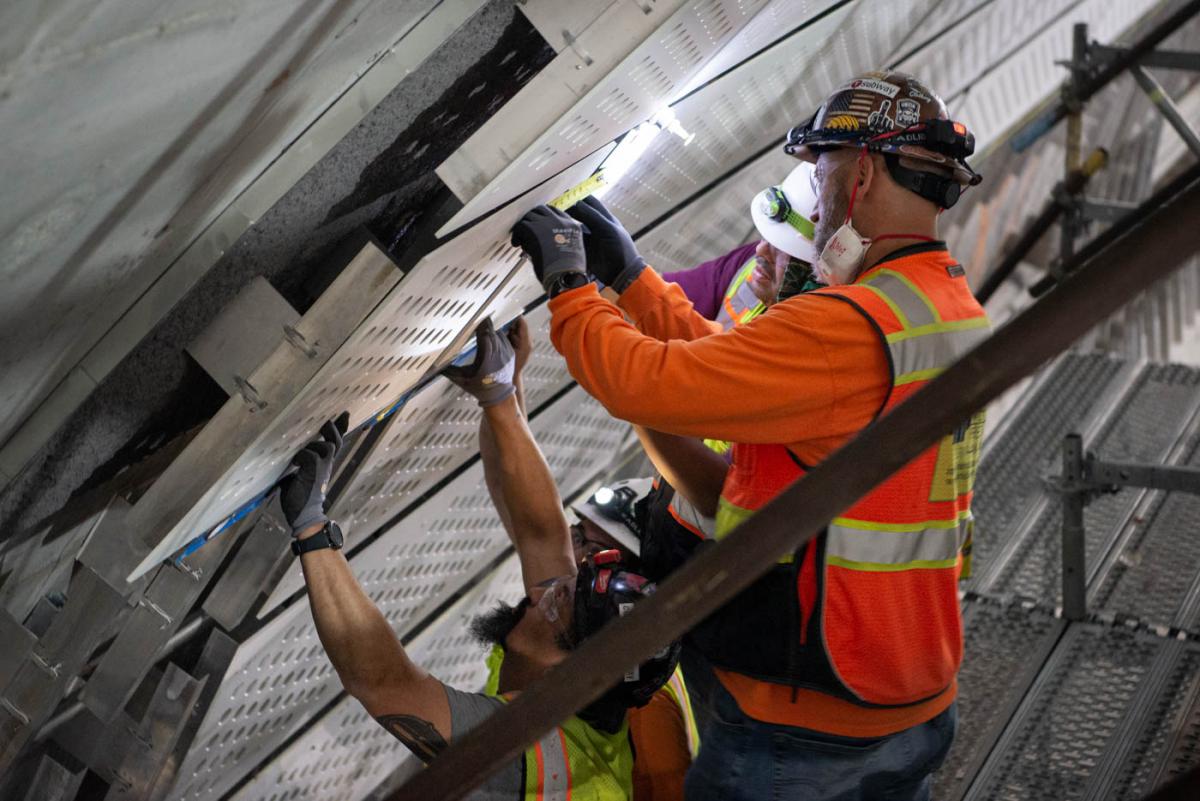 Perforated panels are installed as part of sound reduction and interior design elements inside the platform cavern.

The deepest and most impressively complex of the three subway stations to excavate and construct is Chinatown - Rose Pak Station. The future station entrance will be located at the southwest corner of Stockton and Washington, and will be topped by a rooftop plaza.  Interior walls, multiple stairways, waterproofing for exterior walls, and station utilities are all currently being added. Work on the rooftop plaza that will be open to the public is also underway.