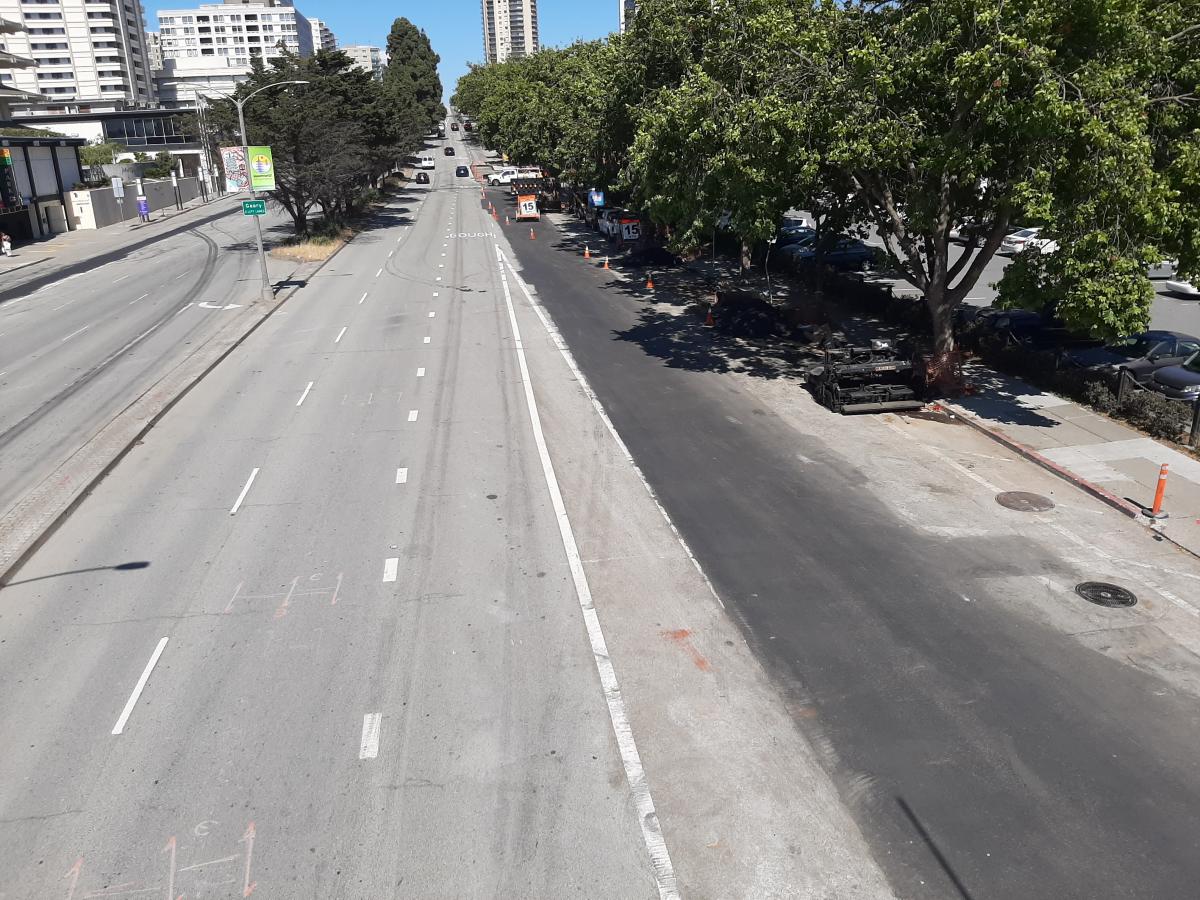 Crews restore the roadway pavement above the trenches dug for new sewer, water and fiber-optic conduit lines on eastbound Geary Boulevard between Webster and Laguna streets. 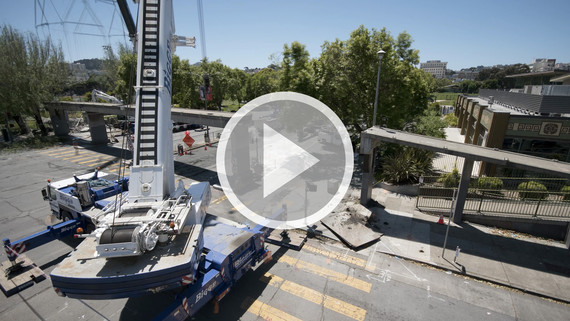 Despite a minor snag at the beginning of work, the 58-year-old Steiner pedestrian bridge was safely taken down over Memorial Day weekend and the streets reopened a day ahead of schedule. We captured the action with a time-lapse video.  The surface-level pedestrian safety improvements are planned to begin later this year, and include larger medians and an upgraded traffic signal as well as a new crosswalk on the east side of the intersection.

Due to staffing shortages, the SFMTA has made some necessary service reductions during the order to shelter in place. Core Service bus routes are operating daily from 5:00 a.m. to 10:00 p.m. A reduced Owl network is operating at an earlier start time, from 10:00 p.m. to 5:00 a.m. Visit SFMTA’s COVID-19 page for the latest service and citation information.

Please practice physical distancing when waiting for, boarding, and riding Muni, and wear face coverings on Muni, per the citywide public health order.

Where do I find information on Small Business Loans and Grants?

Can I be evicted from my commercial property during the Shelter in Place order?