Residents who would prefer to print, complete and mail in their survey can download a print version here. Petitions in Spanish, Chinese and Filipino are also available for downloading and printing in the "Related Reports and Documents" box to the right of the page (or the bottom of the page on mobile devices.)

The following rules apply to all RPP Areas established after July 1, 2018:

Typically, RPP parking restrictions are in effect Monday through Friday between 8 AM and 6 PM. These hours are effective in cases where neighborhoods are impacted by commuter parking due to their proximity to large employment centers (downtown, universities, hospitals) or transit stations. In the Excelsior, however, the parking utilization study conducted in March 2019 as well as discussions at community meetings, indicate that parking is most difficult during the evening hours when residents are returning home from work. For this reason, the RPP hours of enforcement could be extended into the evening hours. The options being considered for the Excelsior are:

In addition, options for days of the week that parking would be enforced would either be:

The SFMTA’s Parking and Curb Management team is working with District 11 Supervisor Ahsha Safaí and many neighborhood organizations to help address residents’ concerns about the limited availability of on-street parking and the increasing occurrence of illegal parking across sidewalks, wheelchair ramps, in front yards and in front of fire hydrants.  To address these concerns, the Curb Management team has collected data on current conditions and mapped that data to show where parking is most difficult to find.

Over the past several years, there have been several efforts to resolve parking issues.

The D11 Parking Survey was mailed to 8,962 households in the Excelsior and Mission Terrace /Cayuga Parking neighborhoods during the month of March 2019. The purpose of the survey was to gather information about the nature and cause of neighborhood parking issues and to provide an opportunity for residents to voice their opinion about Residential Permit Parking.  The survey was available in four languages: English, Spanish, Chinese and Filipino.  In all, 1,879 households completed the surveys for a response rate of 21%.  Of these, 150 or 8% were completed in a language other than English. 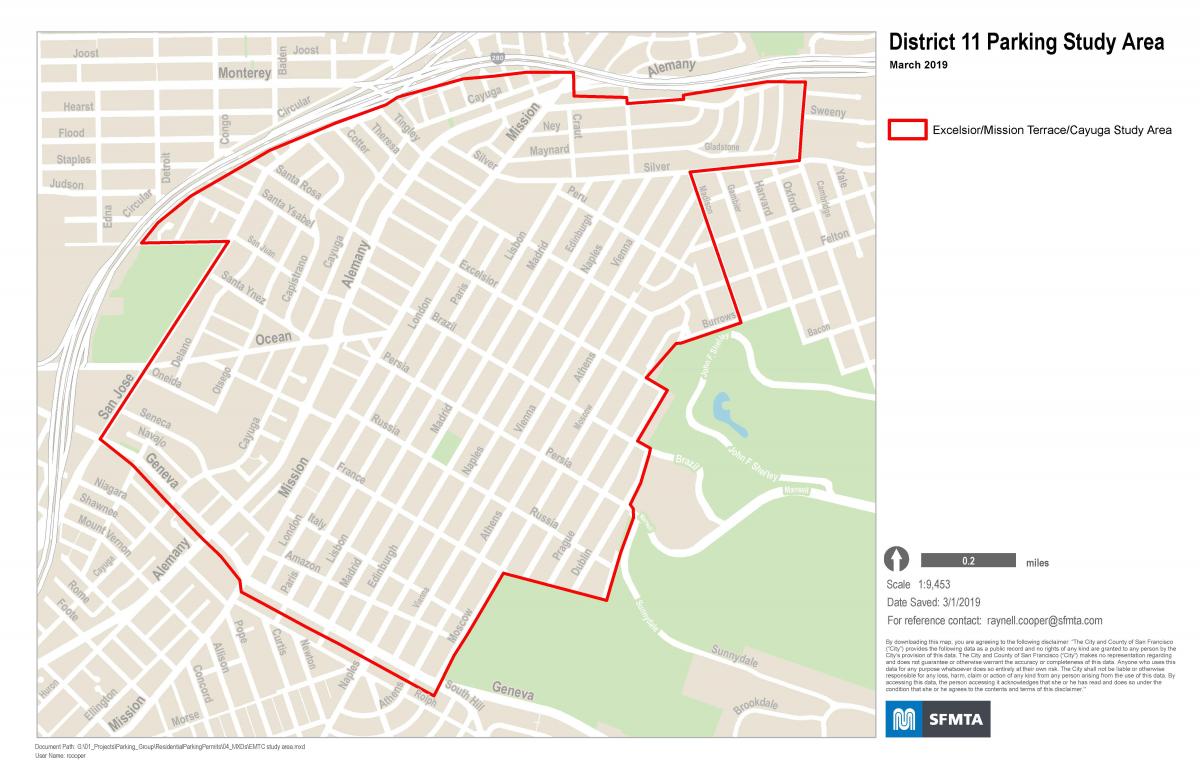 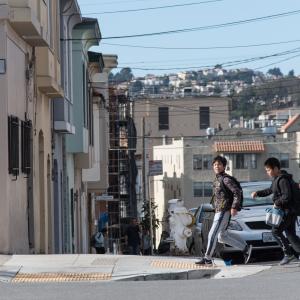 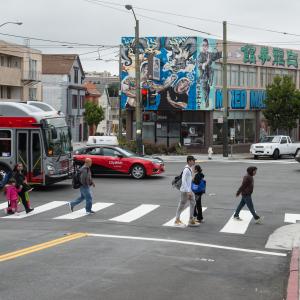