The corridor is not only the designated street for the #19 Muni bus line which connects to Civic Center BART and many other Muni other lines, it is also a preferred north-south bicycle route due to its flatter terrain. Furthermore, Polk Street is a popular place for people to walk, comparable to the amount of people walking on Valencia Street in the Mission and Irving Street in the Inner Sunset.

The Polk Streetscape Project puts forth a design for everyone. This concept was designed to enable safe access for all road users of all ages and abilities. Through community input and technical evaluation, the proposed design includes corridor-wide safety improvements and additional streetscape amenities at key locations.

The proposed improvements are driven by three core goals:

By adopting a policy called Vision Zero 2014, the City and County of San Francisco is committed to building better and safer streets, educating the public on traffic safety, enforcing traffic laws, and prioritizing resources to implement effective initiatives that save lives. Vision Zero aims to eliminate all traffic deaths in San Francisco in by 2024.

Pedestrian and bicyclist collision and injury data on Polk Street point to a corridor in need of safety improvements for all those who share the road. Over a five year period, there were 122 pedestrian and bicycle collisions on Polk Street. In fact, the southern portion from Sacramento to McAllister Streets is part of the 6% of San Francisco streets that have more than half of the City's most severe pedestrian collisions. This project is in support of Vision Zero and will implement targeted, proven safety improvements on Polk Street, one of the city’s streets that account for a disproportionate amount of traffic collisions.

Over the past two years, numerous residents, merchants and community groups have been provided feedback to inform a safer streetsape design for Polk Street. The proposed conceptual design includes the following improvements:

Community engagement has been a key component in the development of the Polk Streetscape Project.

The SFMTA conducted a rigorous and comprehensive community outreach and engagement process for the public to learn more about the project and provide suggestions.

Since August 2012, project staff have:

Outside of the open houses, workshops, tours and group meetings, staff had been available for contact by the public to hear suggestions or concerns.

The project is funded by 2011 Proposition B general obligation bonds and is being timed with a San Francisco Public Works paving effort. It is estimated to cost approximately $8.2 million.

In 2011, San Francisco voters passed the Road Repaving and Streets Safety Bond. Funds from this bond have gave been allocated towards the planning and construction of Polk Street. This bond will allow the City to make long-overdue and urgently needed repairs to create a safer driving, walking and biking experience for everyone.

Oct
5
Van Ness and Polk Construction Open House Join staff from the Van Ness Improvement Project and Polk Streetscape Project for a combined Open...
Mar
3
Board of Directors Meeting, March 3, 2015
Mar
26
Final Polk Street Project Open House Please join us to view plans and illustrations of the vision for Polk Street, and to celebrate all...
END_OF_DOCUMENT_TOKEN_TO_BE_REPLACED 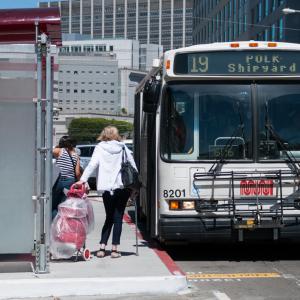