March 2018 marked the 130th year of operation for the Powell-Mason Cable Car Line, the city's only (and oldest) transit line to operate virtually unchanged since opening day. For 13 decades, cable cars on this line have seen it all-- boom to bust and back again. Here's a brief look back through the years at the history of the line. 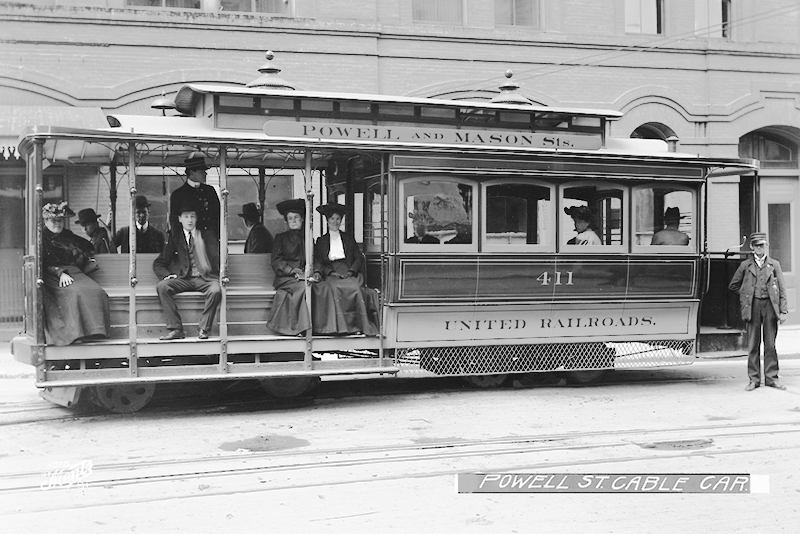 Powell-Mason Cable Car 411 paused for this photo-op on Mason and Washington Streets in 1905. Unlike the original cars on the line, the one pictured here car wears a United Railroads Co. paint job, the same as today's Car 25.

The full Powell-Mason Line opened in early March 1888, after a short trial run in February, under the ownership of the Ferries and Cliff House Railway Company.  Running from Market and Powell Streets to Bay and Taylor Streets, it was the first North-South line to connect Downtown directly to North Beach via Nob Hill. One month later on April 5th, the East-West running Washington and Jackson Line (which partly survives today as a segment of the Powell-Hyde Line) opened. 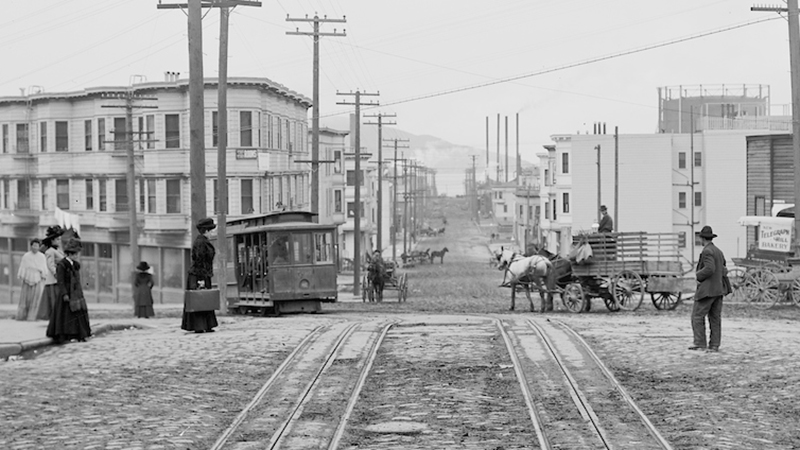 Passengers wait for an approaching cable car on Columbus Avenue and Mason Street in this 1910 shot.

Unlike many cable car lines that were converted to more efficient streetcar operation after the 1906 Earthquake and Fire, the Powell-Mason Line could not easily be replaced. Traversing some of the city's steepest hills, no other mode of the time could even begin to compete with the little Powell Street cars. 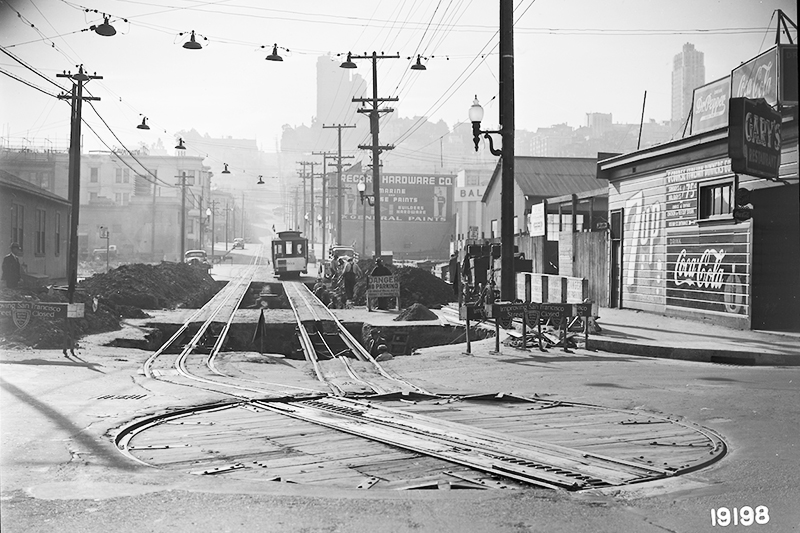 This November 1940 shot looks south on Taylor Street from Bay and shows the original 1888 location of the line's terminal, smack-dab in the middle of the intersection.

Despite changing ownership more than a handful of times over the years, very little else was changed about the line until late 1940. By this time, the industrial northern waterfront had become quite busy with auto traffic headed for the Golden Gate Bridge. The original turntable, located in the intersection of Bay and Taylor Streets had to be relocated just a few feet south of the intersection. Over the course of about 6 months, workers excavated a hole, built a new foundation, and installed a newly constructed table-- all while cable cars continued to use the old table. 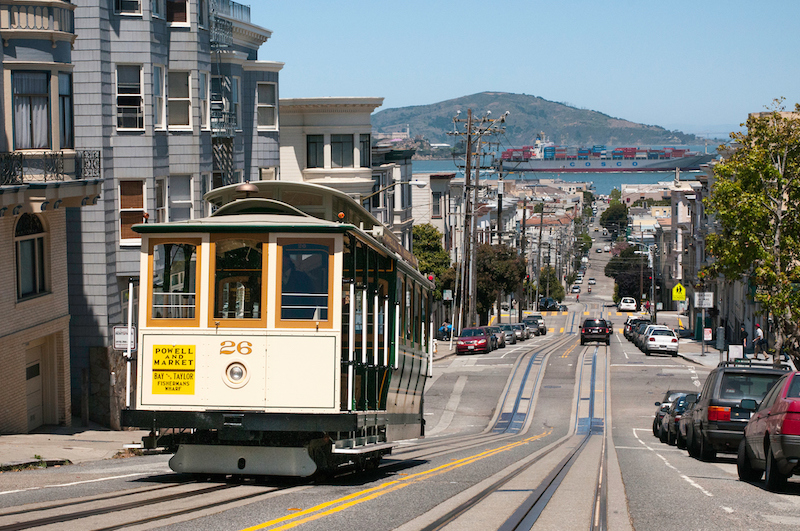 A view looking north on Mason Street of Cable Car 26 running inbound towards Market Street in 2012. This line has run from the same two terminals along the same streets for 130 years.

Today, thousands of locals and visitors use the line to get to and from Fisherman's Wharf and the commercial corridors of Union Square and mid-Market Street. 130 years on, the hum of the cable, the ring of cable car bells, and the smell of pinewood brake pads still fill the air along what likely qualifies as the world's oldest continuously operated cable car line.