On a crisp December Saturday in 1912, thousands of San Franciscans crowded onto Geary Street to behold the opening of the People's Railway, which was the nation's first publicly-owned transit system in a major city.

As we approach the close of 2017, here's a look back at that day in December and the other Muni centennials we commemorated this year. 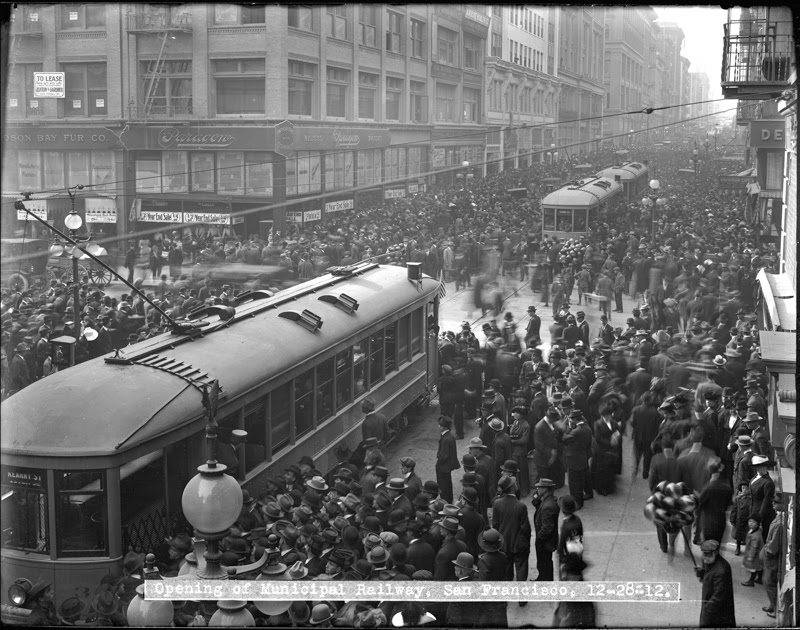 Opening Day of the San Francisco Municipal Railway on Geary Street and Grant Avenue in December 1912. Thousands of people turned out to see the shiny new gray and red streetcars. (SFMTA Photo Archives)

One hundred years ago in July 1917, Muni marked an important milestone for the then fledgling system – the completion of tunnel work on the Twin Peaks Tunnel. At the time, this tunnel was not only the longest street railway tunnel in North America but a crucial piece of infrastructure that provided public transit access to the largely undeveloped West Portal, Sunset and Ingleside neighborhoods. 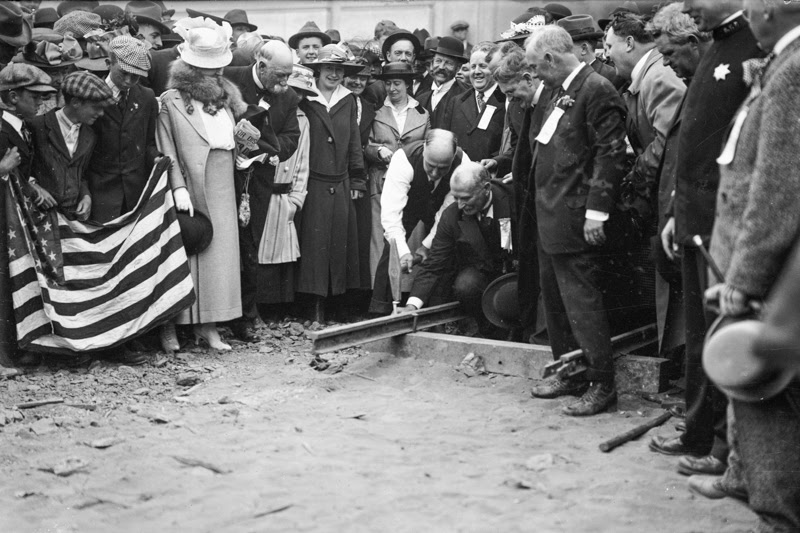 City Engineer M.M. O'Shaughnessy and Mayor James Rolph drive a ceremonial rail spike at the western portal of the Twin Peaks Tunnel to mark the completion of the bore in summer 1917. (SFMTA Photo Archives)

In August 2017, we marked the centennial of service on the J Church, which commenced Aug. 11, 1917, to great fanfare in Dolores Park. The opening of the J line expanded Muni's rail service into the Mission District and Noe Valley. Today, the line serves an average of more than 16,000 riders a day. 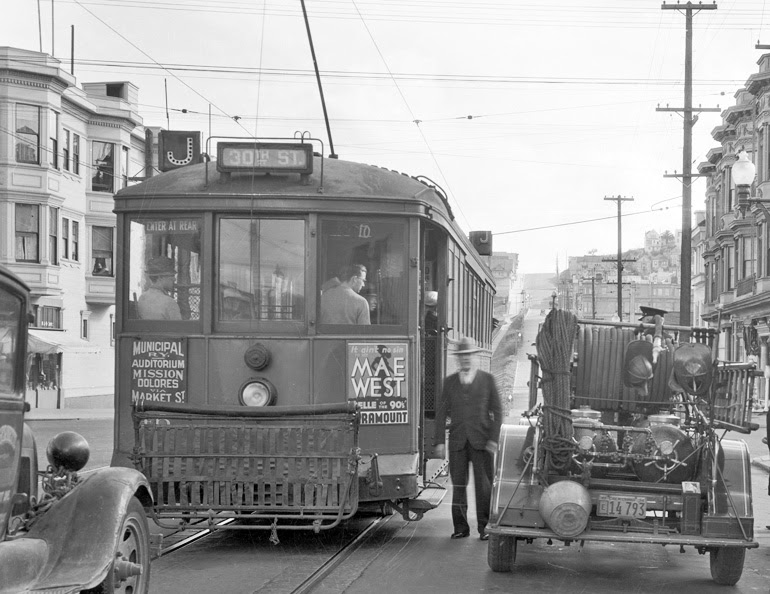 A J Line streetcar passes by 17th Street on its way to Dolores Park in 1934. (SFMTA Photo Archives) 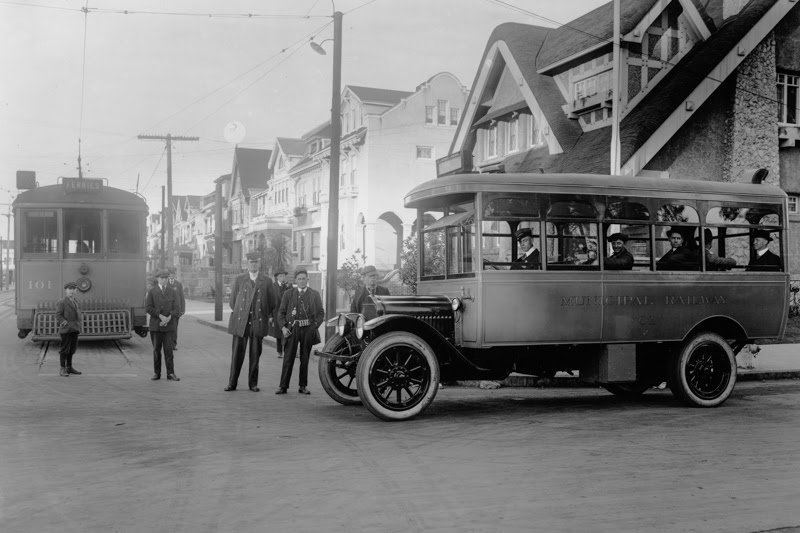 We hope you enjoyed this year in review of major Muni milestones. Here's a "Happy Birthday" to Muni and to another year of providing equal access to affordable transportation for all San Franciscans.

Drop us a comment, we'd love to hear your thoughts and suggestions. You can also send story ideas to InsideSFMTA@sfmta.com. 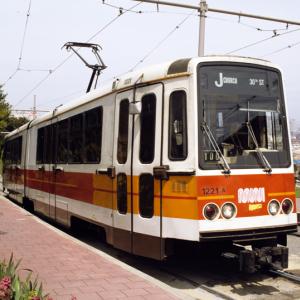 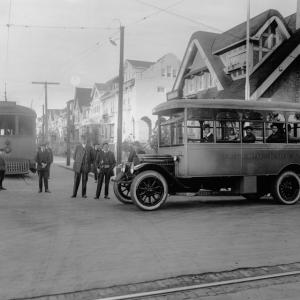 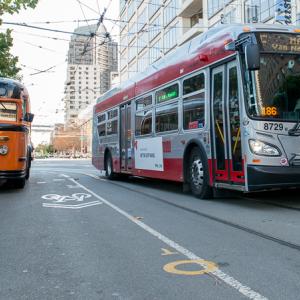