Skip to main content
ATTN: Early closure of the #MuniMetro subway is now in effect. For service details please see the thread below. https://t.co/DyKOY2dPUX (More: 37 in last 48 hours)
Subscribe
On Tap

The advent of fall hasn't slowed San Francisco down, as there's another fun-filled weekend ahead. Events include the annual Castro Street Fair, the Sunday Streets season finale in the Excelsior, the Bridge to Bridge Run, the two-day Chinatown Autumn Moon Festival, Saturday's Larkin Street Autumn Moon Festival, the 82nd annual Blessing of the Fishing Fleet beginning in Washington Square on Sunday, and the three final games of the Giants baseball season.

The Oracle OpenWorld conference also starts this Sunday, and a street closure for it is already in place. Read more about our featured events below. 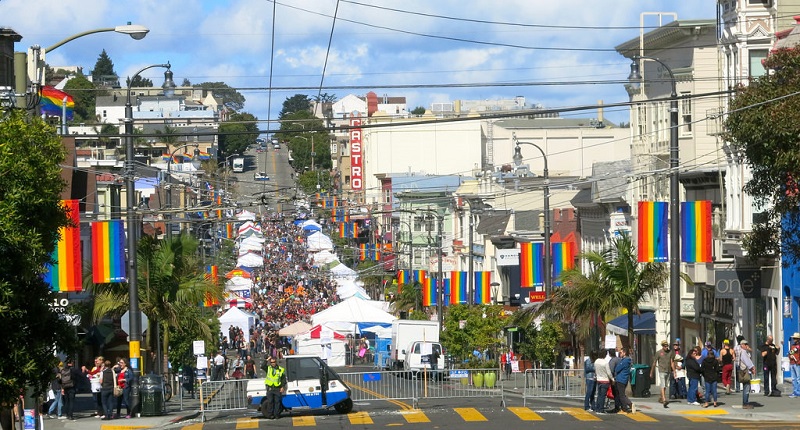 Located at the intersection of Market and Castro streets, the Castro Street Fair is a community street celebration founded by Harvey Milk in 1974. The fair, hosted by a non-profit organization that supports charitable causes important to the Castro community, features hundreds of local artists, vendors and craftspeople as well as multiple stages with live entertainment and dancing.

How to Get There on Muni: The Muni Metro K Ingleside/T Third, L Taraval, and M Oceanview lines and the F Market and Wharves Line, as well as the 24 Divisadero, 33 Ashbury/18th Street, 35 Eureka and 37 Corbett routes will take riders close to the event.

Sunday Streets will come to the Excelsior for its 2017 season finale. Enjoy the car-free fun along Mission Street from Avalon Avenue at Theresa Street to Geneva Avenue. The route will be full of free activities for the whole family.

How to Get There on Muni: The 8 Bayshore, 14 Mission/14R Mission Rapid, 29 Sunset, 43 Masonic, 44 O'Shaughnessy, 49 Van Ness/Mission and 52 Excelsior routes will take riders close to the event.

The 41st annual Bridge to Bridge Run begins at the Ferry Building and proceeds north through iconic locations such as Fisherman's Wharf and Ghirardelli Square. The race, which has understandably been named "America's most beautiful run" by Sports Illustrated, consists of both a 5k and a 12k run and benefits the Special Olympics of Northern California. Runners will end the race on the Marina Green where they can enjoy food, drinks, music and more.

How to Get There on Muni: Riders may take any Muni Metro line, the F Market and Wharves and E Embarcadero streetcar lines, any Market Street Muni bus route as well as the 1 California, the 2 Clement, 14 Mission/14R Mission Rapid and 41 Union routes to get close to the starting line at the Ferry Building.

Muni Service Note: The E and F lines and 39 Coit Route will have reroutes and may see delays and increased ridership.

Oracle OpenWorld will once again attract tens of thousands of people to Moscone Center in SoMa for its four-day annual conference. Howard Street is closed to vehicle traffic between 3rd and 4th streets from now until next Saturday, Oct. 7 to accommodate the event, though the event itself starts this Sunday.

Due to the street closure and increased pedestrian and vehicle traffic, Muni routes near Moscone Center may see service delays to and from the downtown area. See our Weekend Traffic & Transit Advisory for more details.

N Judah Line service will be provided by bus on Friday night beginning at 7 p.m. between Ocean Beach and Duboce & Church for construction on the Inner Sunset Streetscape Improvement Project. Regular train service will be provided on Saturday and Sunday, and bus substitutions previously announced for those days have been cancelled. Please see our updated service alert page for details.

From Friday, Sept. 22 through this Friday, Sept. 29, the California Cable Car Line will be substituted by buses as part of the Cable Car Gearbox Rehabilitation Project. For details, check out our service alert page.

Due to construction for the Balboa Park Station Area and Plaza Improvement Project, the J Church Line will continue to serve alternate stops on San Jose Avenue until the fall. For details, please visit our Green Light Rail Center Track Replacement Project page.