The Geary Rapid Project just met another major milestone with the completion of a long-awaited crosswalk connecting the Japantown Peace Plaza to the southside of Geary Boulevard. The new crossing at Geary and Buchanan Street serves as a physical reconnection to help bridge the gap between divided communities. But it’s also a symbolic one, exemplified by the decorative panels installed in the center median that were inspired and designed by the communities it now serves—the Fillmore, Japantown and St. Francis Square Cooperative. 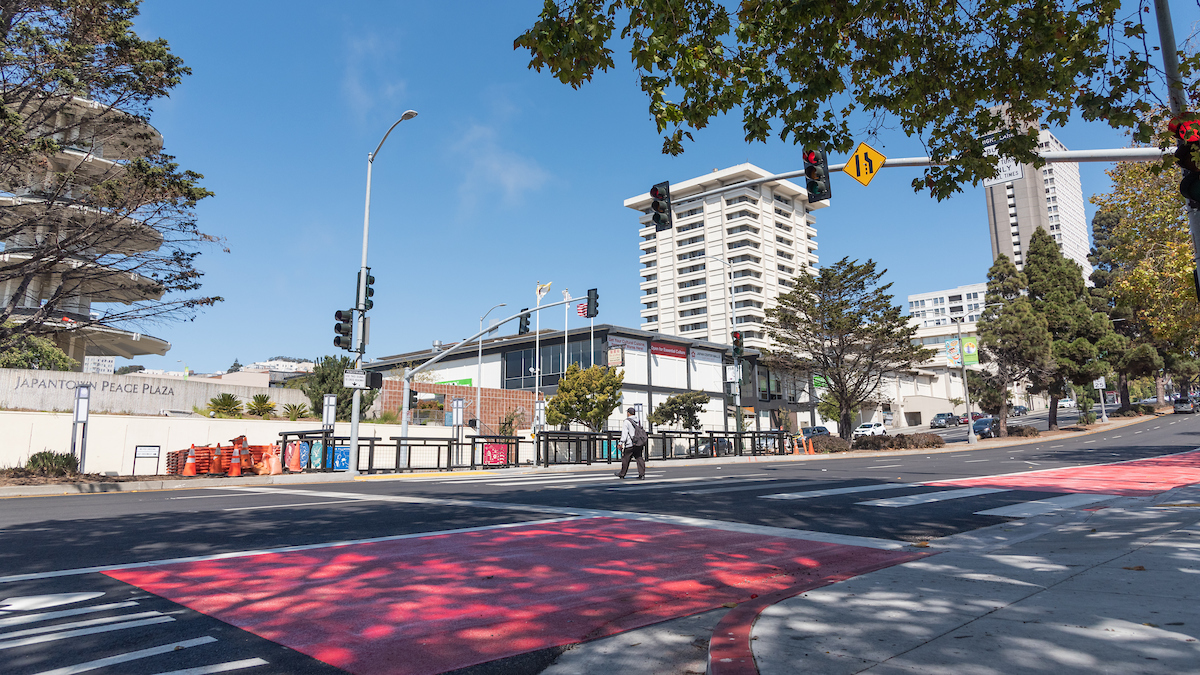 A new crosswalk was installed at Geary and Buchanan, with decorative panels representing the surrounding communities.

The significance of the crosswalk is tied to the history of the neighborhood.

In the 1960s, the two neighborhoods were specifically targeted by urban planners, the vibrant Fillmore neighborhood --known as “the Harlem of the West” for its phenomenal jazz scene—and Japantown, still struggling after the forced relocation of Japanese-Americans into internment camps. San Francisco, like the rest of the country, had experienced a boom in private automobile ownership, leading many families to leave the urban core and move to more suburban settings. Under the name of "urban renewal," city planners proposed replacing homes in older neighborhoods with bigger, newer buildings, while promising to raise living standards.

In San Francisco, the result of this policy was to force people of color from their homes and shatter communities. In the Western Addition, Black and Japanese-American homes and businesses were torn down and the neighborhoods ripped apart with the construction of the Geary Expressway. This new eight-lane thoroughfare cut communities in half and encouraged motorists to speed past the Western Addition altogether on their way to the western half of the city.

The effects were devastating and have echoed into the present, creating highway-like conditions along Geary that have led to vehicle-pedestrian collision rates eight times higher than the average San Francisco street. While we can never undo the harm that was created by urban renewal and the Geary Expressway, improvements like the new crosswalk at Buchanan, along with other transit and safety improvements, will help to make the neighborhood more safe, walkable and connected.

In addition to the new crossing at Buchanan, four other intersections at Webster, Steiner, Cook and Commonwealth/Beaumont streets have received new signalized crosswalks, along with improved median refuges and Accessible Pedestrian Signals (APS) as part of the Geary Rapid Project.

Another way we can “calm the Expressway” is through a road diet. The number of lanes on Geary was reduced from eight lanes to six, with two general-purpose and one bus lane in each direction. And traffic lanes have been restriped to be visually narrower, which encourages drivers to slow down.

These efforts weren’t created in vacuum. Many elements of the Geary Rapid Project design were developed in partnership with neighboring communities. For example, the 31 new cherry, London plane and Canary Island pine trees that were recently planted between Gough and Divisadero streets were chosen with community input for their cultural significance and suitability for a major thoroughfare. And some proposals, like removing the Webster pedestrian bridge, were abandoned after Japantown advocated to retain the bridge due to its importance both culturally and as a conduit to and from Peace Plaza. 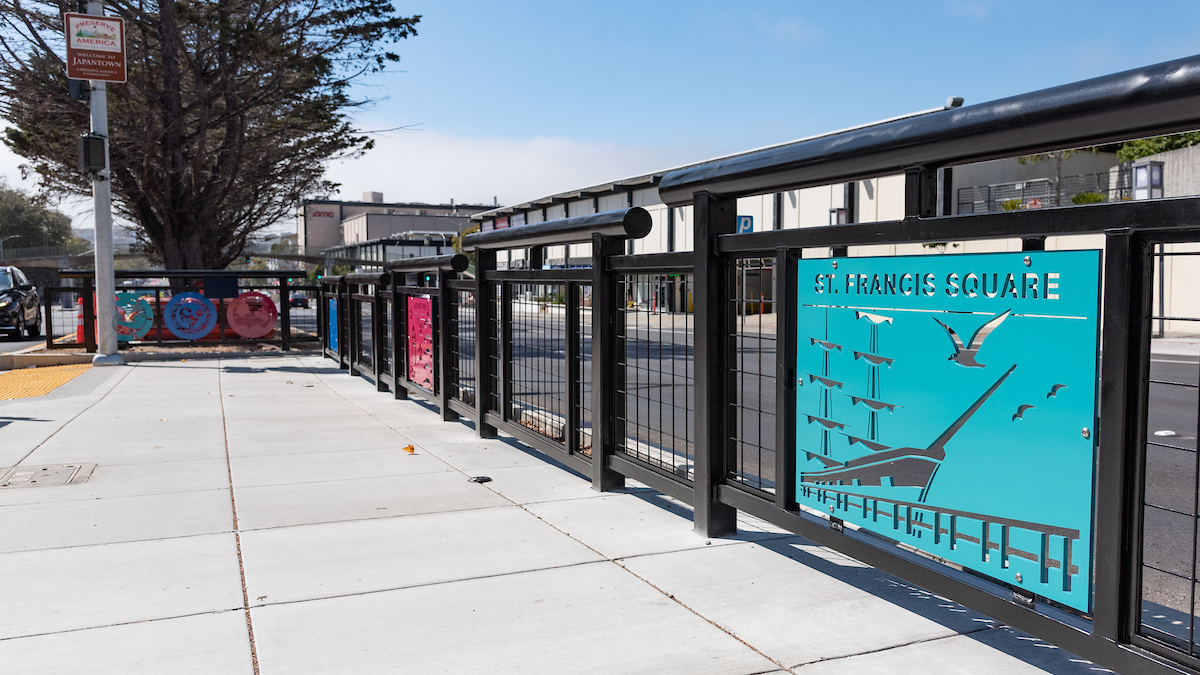 Community input informed the dimensions of the Buchanan crosswalk, which needed to have a large enough median refuge to accommodate groups of Rosa Parks elementary school children.

The new crosswalk at Buchanan marks the completion of all Geary Rapid Project work West of Van Ness Avenue. The remaining work between Van Ness Avenue and Market Street is expected to be substantially completed within the next month.