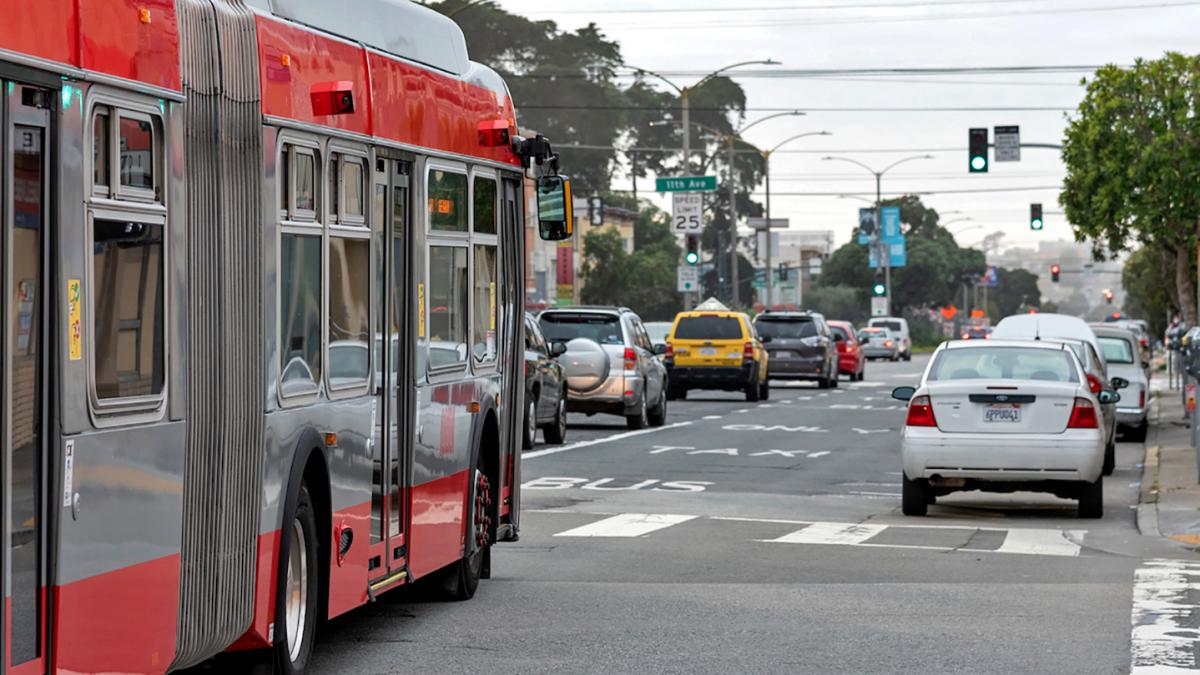 Transit Lanes in the Richmond District

Muni is a core part of our community’s urban fabric that, like so much, has been upended by the pandemic. Yet, as hard as the last year has been, the SFMTA is focused on bringing Muni back better than ever. As we shift to focus on recovery, we’re looking closely at the emergency efforts we’ve implemented during the pandemic and how their proven effectiveness can help support San Francisco long-term.

This includes promising performance data from our Temporary Emergency Transit Lanes  program and plans for service restoration and future improvements. As part of an emergency response over six miles of temporary emergency transit lanes have been installed, benefitting tens of thousands of Muni customers each day, and helping to protect key Muni corridors from traffic. With the prioritization of temporary emergency transit lanes on routes that serve neighborhoods identified by the Muni Service Equity Strategy, the goal is to protect low-income and historically underserved people traveling on Muni from traffic congestion as the economy reopens and traffic returns.

Recent Muni Forward improvements are working: where we have invested in improvements like transit lanes, transit signal priority and bus bulbs, Muni customers are experiencing quicker and more reliable trips. When more people choose Muni because it’s fast and reliable, there are fewer cars on the street, reducing traffic congestion and greenhouse gas emissions.

Several transit lanes have already been in place long enough to collect substantive data, and the results are showing benefits to Muni riders. The success of these corridors - Geary, 4th Street Bridge, 7th and 8th Streets and Mission Street in SOMA – show how beneficial making investments in transit can be.

Here’s a quick run-down of each of their successes.

Mission Street in SOMA was our very first Temporary Emergency Transit Lane project and it is showing amazing results. The project took rush hour-only transit lanes and made them full-time. Here’s what we’ve learned:

A 2-week online open house will be held Monday, April 19, through Monday, May 3, to inform the community of the outcome of the evaluation of the temporary project, and changes made based on feedback, prior to pursuing permanent legislation in June. For more information, visit SFMTA.com/TempLanes14.

Building upon the implementation of the Geary Rapid Project in the eastern half of the corridor, Geary Boulevard west of Stanyan is benefiting from new temporary emergency transit lanes, Muni head start signals and wooden bus bulbs. The data shows:

T Third riders have long experienced delays near 4th and King Station – in front of Caltrain. New transit lanes on the 4th Street bridge, however, are showing real promise.

Serving the 19 Polk, much of 8th Street and a smaller slice of 7th Street received temporary emergency transit lanes early in the pandemic. In fact, the project has been so successful, we have rerouted the 27 Bryant over to 7th and 8th in SOMA to take advantage of the time savings and improve reliability for the entire line. On this corridor, we’re seeing:

The benefits to Muni through the success of the temporary emergency transit lanes projects need to be protected. The success of the program is encouraging the SFMTA to pursue permanent changes along several of these corridors. Importantly, any long-term changes will incorporate public feedback to tweak the designs to better match emerging neighborhood needs. Making the Muni benefits we have seen through the Temporary Emergency Transit Lanes program permanent is one way that we can emerge from the pandemic stronger than before.

Legislation for permanent transit lanes on Geary and Mission Street in SoMa is under consideration.

In addition, two more temporary emergency transit lanes projects are being considered for approval by the SFMTA Board of directors at the April 20, 2021 meeting:

Finally, we’re taking advantage of the current environment to advance major construction projects that will deliver long-planned (and long-delayed) improvements.

All of these will add up to very real improvements for transit riders. If you want to learn more, check out this presentation prepared for the April 20, 2021 meeting of the SFMTA’s Board of Directors.