Share this: FacebookTwitterEmail
By
Aaron Bialick (no longer with the SFMTA)
Friday, February 10, 2017 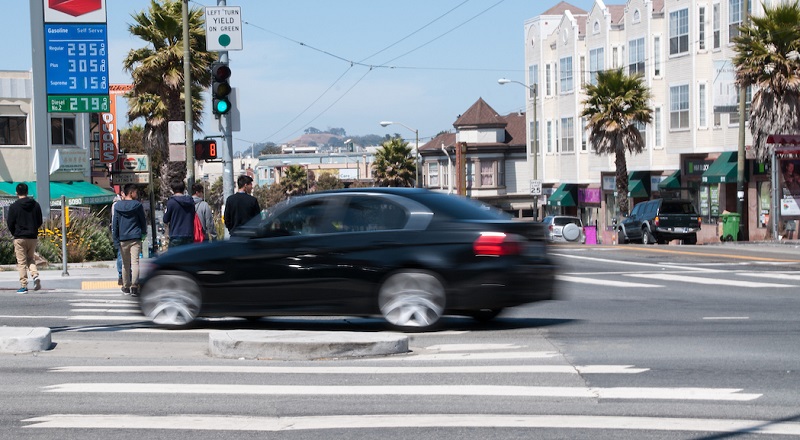 Police can’t be everywhere at once to enforce against dangerous speeding. That's why the SFMTA joined Assemblymember David Chiu, Mayor Ed Lee, Mayor Sam Liccardo of San Jose and other partners this week to announce new legislation to allow San Francisco and San Jose to pilot automated speed enforcement in California.

Automated speed enforcement (ASE) is a proven tool to reduce deadly speeding and crashes. It uses cameras, similar to those used to enforce red light violations, with vehicle speed sensors to snap photos of license plates of motor vehicles traveling above a defined speed limit.

ASE is already used in 142 communities across the country, and others abroad, and has yielded consistent results including:

But without a state law to regulate the use of ASE in California, this life-saving technology is not yet legal for us to use. It’s time for that to change. 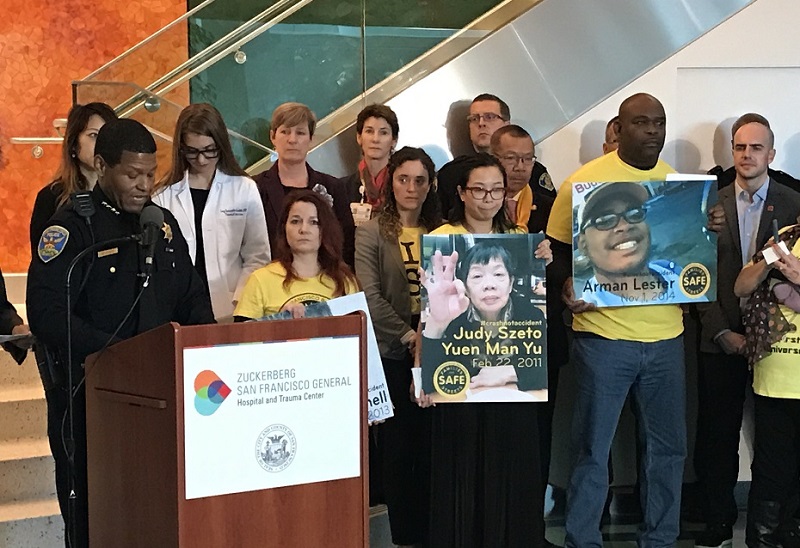 Assembly Bill 342, also known as the Safe Streets Act of 2017, was co-authored by Assemblymembers Chiu and Phil Ting, as well as State Senator Scott Wiener. It by would amend our state's vehicle code to authorize San Francisco and San Jose to use ASE on a pilot basis. Both cities have adopted Vision Zero ― a goal of eliminating traffic deaths.

"Our focus is on providing safe San Francisco streets,” said Cheryl Brinkman, chairman of the SFMTA Board of Directors. “Automated speed enforcement is a tool that can really help us reduce and eliminate traffic deaths, as part of our efforts to reach our Vision Zero goals."

Unsafe speed is a leading factor behind fatal and severe injury collisions in San Francisco, and is involved in 25 percent of traffic fatalities. If a person is hit by a vehicle traveling at 20 mph, there is a 90 percent chance of survival. But at 40 mph, that rate drops to 20 percent.

"Speed kills. Sadly, we know too well that this is true in San Francisco and throughout California," said Assemblymember Chiu. "We know how to fix this crisis on our streets. It is time we take this important step to put an end to these senseless traffic fatalities."

At Wednesday's announcement event, we also joined our partners from SF Police Department and the SF Department of Public Health. Also present were safe streets advocates, including those whose loved ones have suffered serious injuries or been killed in traffic crashes.

One of those participants was Jenny Yu, whose mother, Judy Szeto Yuen Man Yu, was severely injured by a driver in the Richmond District in 2011. "This legislation is needed to be in place so no other family have to go through dealing with and seeing daily the cruelty of what a preventable crash like the one that hit my mom did to her and her life," said Jenny Yu.

If the legislation is approved by the governor, the two cities would implement a five-year pilot program to deploy speed enforcement cameras only on streets with documented patterns of speed-related injury crashes. If a vehicle is detected travelling 10 miles over the posted speed limit, its registered owner would receive a citation classified as a $100 administrative penalty (not a moving violation).

We need to use all tools available to save lives on our streets. In the meantime, we’ll continue to take other measures to make streets safer and calmer for everyone ― especially those walking and biking.

See the full press release about the announcement on Assemblymember Chiu’s website.