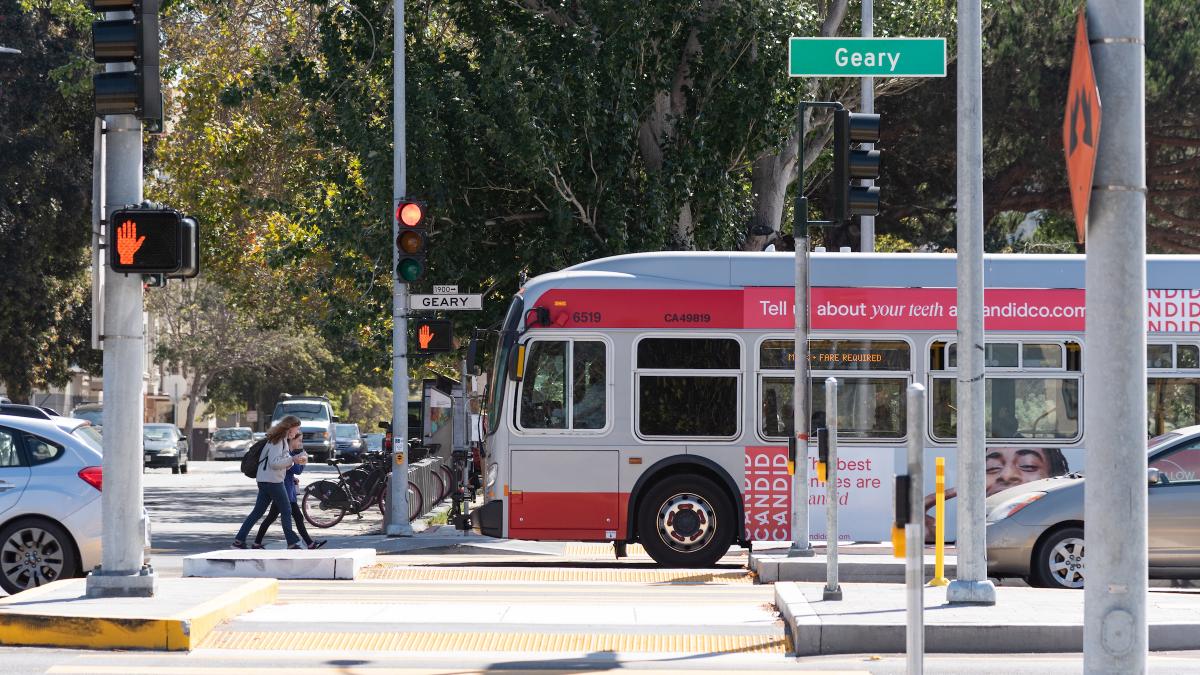 The results are in: the Geary Rapid Project has delivered a faster, more reliable bus trip and a safer street, according to the SFMTA’s recently published evaluation report for the project.

One out of every ten passengers stepping onto a Muni vehicle will ride on Geary Blvd., which makes reducing travel time on the corridor a key piece of improving transit in the city. The transit lanes installed as part of the Geary Rapid Project protect buses from traffic congestion, while smarter traffic signals allow buses to get green lights more often. Similar transit upgrades have been made across the city as part of the Muni Forward program, making your next San Francisco destination closer than ever.

Transit travel time improved after the quick-build phase of the Geary Rapid Project in late 2018 and early 2019, and again after the full project was completed in 2021 — with savings as great as 18%. Westbound travel times generally improved the most — up to 3.6 minutes during the PM peak — providing a daily 38R Geary Rapid rider 18 hours of savings per year. Although the biggest time savings were seen during commute hours, with 36,000 riders traveling on Geary around the clock each day, even smaller gains outside of peak hours adds up to major travel time savings for all Geary riders combined.  Travel time reliability also improved up to 37%, which means that the time spent waiting for the next bus is more consistent.

Reducing Muni-involved collisions is critical to protect our passengers and operators. It also keeps Muni service running smoothly; even non-injury collisions cause buses to be taken out of service. Adding dedicated transit lanes on Geary Boulevard has substantially reduced the rate of Muni-involved collisions on the corridor. The collision rate of 38/38R buses decreased by two-thirds and is now about half that of the current citywide Muni bus collision rate. Several years of data will be necessary to fully evaluate the project’s impacts on reducing traffic collisions in general. But one promising indicator is that there was a 70-80% reduction in vehicles traveling over 40 mph (more than 5 mph over the speed limit). A suite of improvements to calm the “expressway” section of the corridor, including a reduction in general-purpose travel lanes to two per direction, new crosswalks, narrower travel lanes and bulb-outs (sidewalk extensions) were implemented to encourage people driving to slow down. 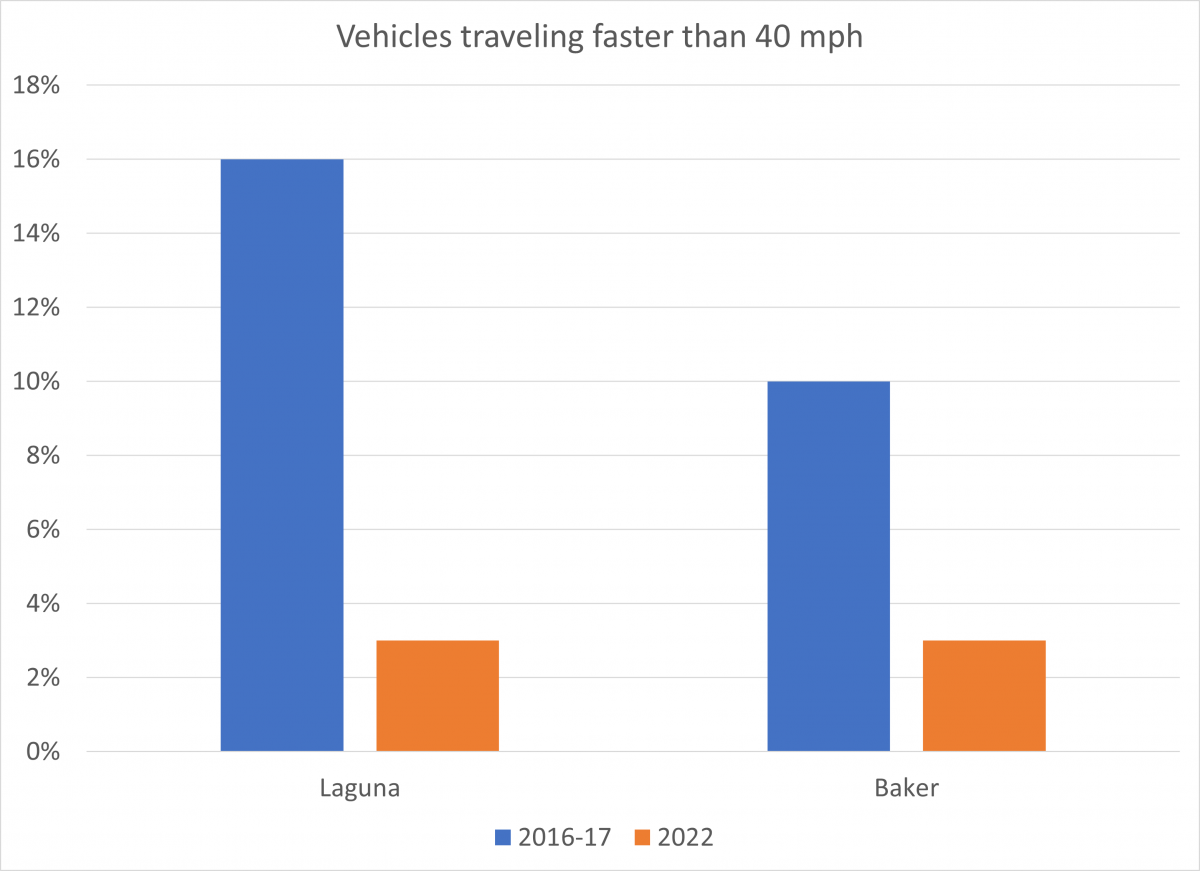 Comparison graph of 40 mph travel speeds before and after the Geary Rapid Project.

One of the final portions of the project was painting the transit lanes red. This “red carpet” treatment makes it easier for drivers to know where they’re allowed to drive. When we make transit lanes extra clear with red paint, drivers are less likely to get a citation for unintentionally driving in a transit lane. Previous SFMTA studies showed that the number of private vehicles illegally using transit lanes declines about 50% when the lanes are painted red. Sure enough, the number of vehicles entering the lanes on Geary dropped by 47% from 2019 to 2022, even as traffic congestion returned after COVID restrictions eased (vehicles driving legally in the transit lane to turn right or access curbside parking or driveways were not included).

The success of the Geary Rapid Project has informed the final design for the second phase of upgrades, the Geary Boulevard Improvement Project, which proposes to expand these improvements west into the Richmond District.

A photo is worth a thousand words to show the improvements made on Geary Boulevard. These birds-eye shots provide representative examples of the street design on Geary before (August 2018) and after implementation (February 2022) of the Geary Rapid Project.