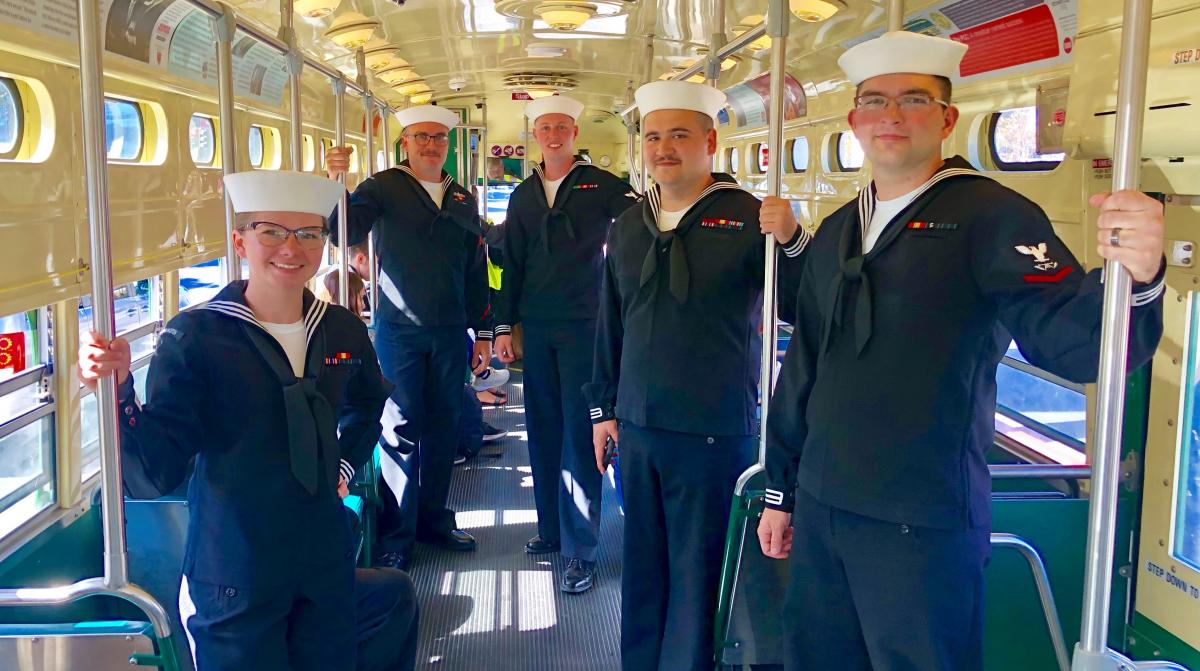 All service members ride free on Muni during Fleet Week.

Anchors Aweigh! Fleet Week in San Francisco kicks off this Friday at 11 a.m. with the Parade of Ships as they enter the Bay through the Golden Gate to the various piers where they will be open to the public from 9 a.m. to 4 p.m. each day this weekend. The highlight of the event is the daily air show which will occur Friday through Sunday from 12 to 4 p.m. Fleet Week activities will also include the Veterans Art Exhibit, which showcases the artwork of those who also served their country, a Humanitarian Assistance Village, an interactive exhibition demonstrating U.S. Military and Civilian capabilities in responding to a disaster, as well as the high school bands challenge and free live music.

Muni Service Notes: The E and F lines will have reroutes during this event. There will also be additional service provided on the F, L Taraval, 8, 25 Treasure Island, 28, and 47 routes over the weekend to help accommodate an expected increase in ridership.

North Beach will come alive this Sunday for the annual Italian Heritage Parade. San Francisco’s Italian-American Community celebrates their longstanding roots in the City with an extravagant parade featuring Italian and Italian-American dignitaries, live music, performances, floats and representatives of local Italian and Italian-American organizations and businesses. The parade begins on Jefferson and Powell streets in Fisherman’s Wharf, then proceeds south through North Beach on Columbus Avenue where it will end in Washington Square in front of Saints Peter and Paul Church. Parade viewing is available throughout the entire route.

How to Get There on Muni: Riders can take the E Embarcadero or F Market and Wharves lines, as well as the 8 Bayshore, 30 Stockton, 39 Coit, 45 Union/Stockton or 47 Van Ness routes to the near the beginning of the parade.