Skip to main content
HeadsUp: Tomorrow's real-time monitoring hours will take place from 1 to 10 p.m. There will be limited monitoring o https://t.co/SLcWn38uJ1 (More: 51 in last 48 hours)
Subscribe
On Tap

After a long, three-day festive weekend, you may still be in recovery mode but due to a short work week, the new weekend is fast upon us. Ready or not, your Sunday dance card has already been punched. It’s filled with Giants baseball and a 12K race — plus Sunday Streets will be taking over a section of the Tenderloin from 11 a.m. to 4 p.m. for free family-friendly fun (the 19 Polk, 27 Bryant, and 31 Balboa routes will be affected). 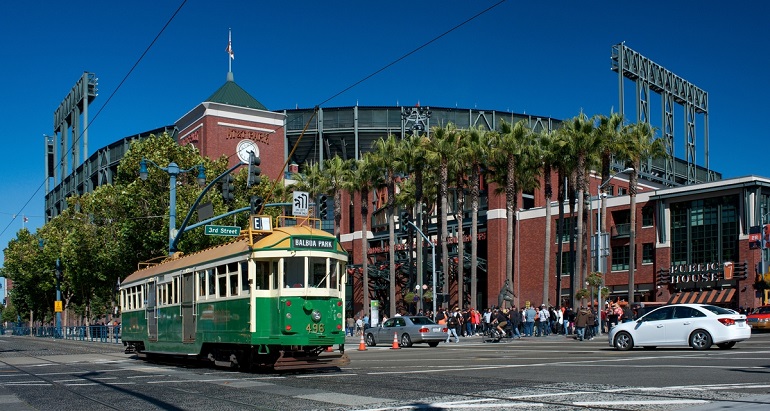 Jockeying with the Chicago Cubs for the best record in baseball, four-time All-Star catcher Buster Posey and the rest of the G­-Men will be looking to go into the All-Star break on the upswing as they close out the first half of the season with three games against division rivals the Arizona Diamondbacks.

If you’re planning on heading out to the ballpark, let Muni take you to AT&T Park. Service on the N Judah, T Third, E Line, 10 Townsend, 30 Stockton, 45 Union/Stockton, and 47 Van Ness will get you to or near 24 Willie Mays Plaza.

For complete details on taxis, biking, and parking during baseball season, visit our service alert page.

Spend more time cheering for the Giants and less time in line by purchasing your Muni fare in advance through MuniMobile.

Arguably one of the most stunning running courses anywhere around, the Across the Bay 12K will take runners from Fort Baker in Marin County south across the Golden Gate Bridge through the Presidio, pass Chrissy Field continuing east onto Marina Boulevard then through Fort Mason with runners hitting the finish line in Aquatic Park. For those who feel the 12K might be a bit much, there will also be a 5K starting and ending in Aquatic Park with runners racing into the Presidio and back.

If you’d like to check out the action and support the runners, Muni service on the 22 Fillmore, 28 19th Avenue, 47 Van Ness, 49 Van Ness/Mission, 76X Marin Headlands Express routes and the Powell Hyde Cable Car Line will get you close to the race course.

Muni service note: the 28 19th Avenue will have a re-route.