How many people are biking?

The SFMTA monitors bicycle volumes and commute trends citywide through three data collection methods: ACS Commute Data, annual bike counts collected manually at specified locations and automated counters citywide. One year ACS Commute Data displays the most recent bike volume trends for bike mode share citywide. Since 2006 the SFMTA has conducted annual bicycle counts at intersections during the evening peak period in the second week of September to analyze bike volume trends at the same locations annually. Lastly, we have counters throughout the city that continuously collect bike volume data. This data is collected and analyzed together to help inform policy and planning decisions as the agency works towards implementing more complete street designs citywide.

Select which interactive dashboard you'd like to jump to from the column to the right.

*This dashboard uses data from our 39 consistently reporting counters from 2018 onward.

This dashboard displays monthly bike volumes for our consistently operating counters. Some counter locations have changed and counter installation dates vary, resulting in some variation in reporting.

This dashboard displays hourly bike volumes for our consistently operating counters. Some counter locations have changed and counter installation dates vary, resulting in some variation in reporting.

DISCLAIMER: Our counters embedded in the pavement are typically within the bicycle facility. As a result of this we are not able to capture riders who are outside of the facility. Data is drawn from days that counters were active, meaning that counters may have been active on different days. Although automated counter installation dates vary, no data precedes January 2016.

The SFMTA monitors bike volumes from a network of automated counters citywide. Below is a bike counter location map overlayed over the existing bike network

Spatial data for our automated counter network can be found on DataSF, here. 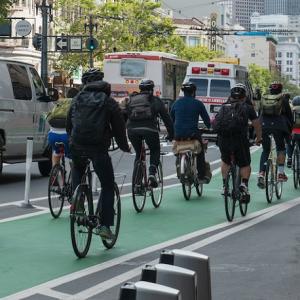 Rolling Out the Latest Bike Data 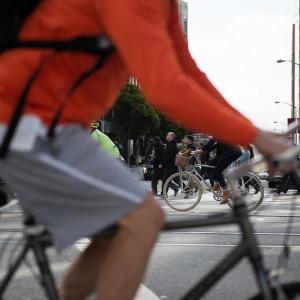 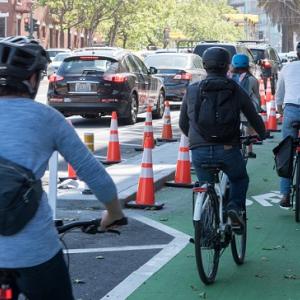 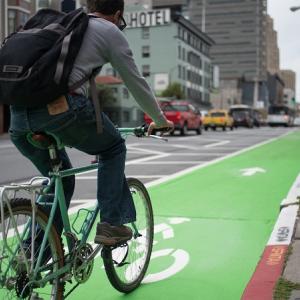 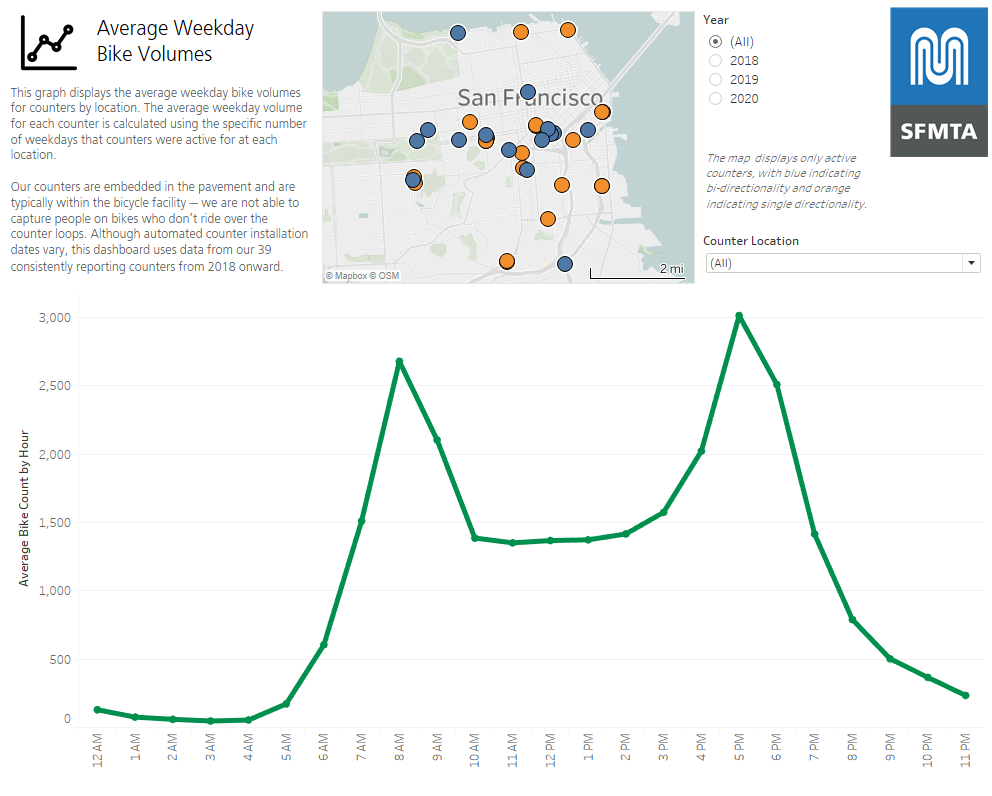 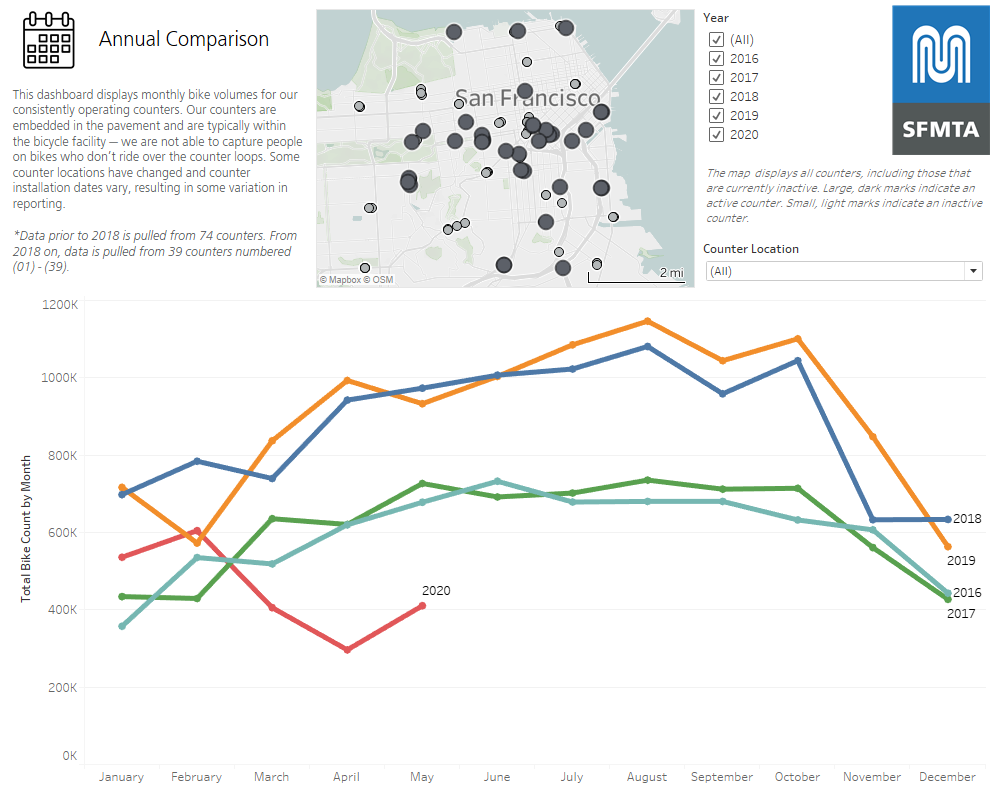 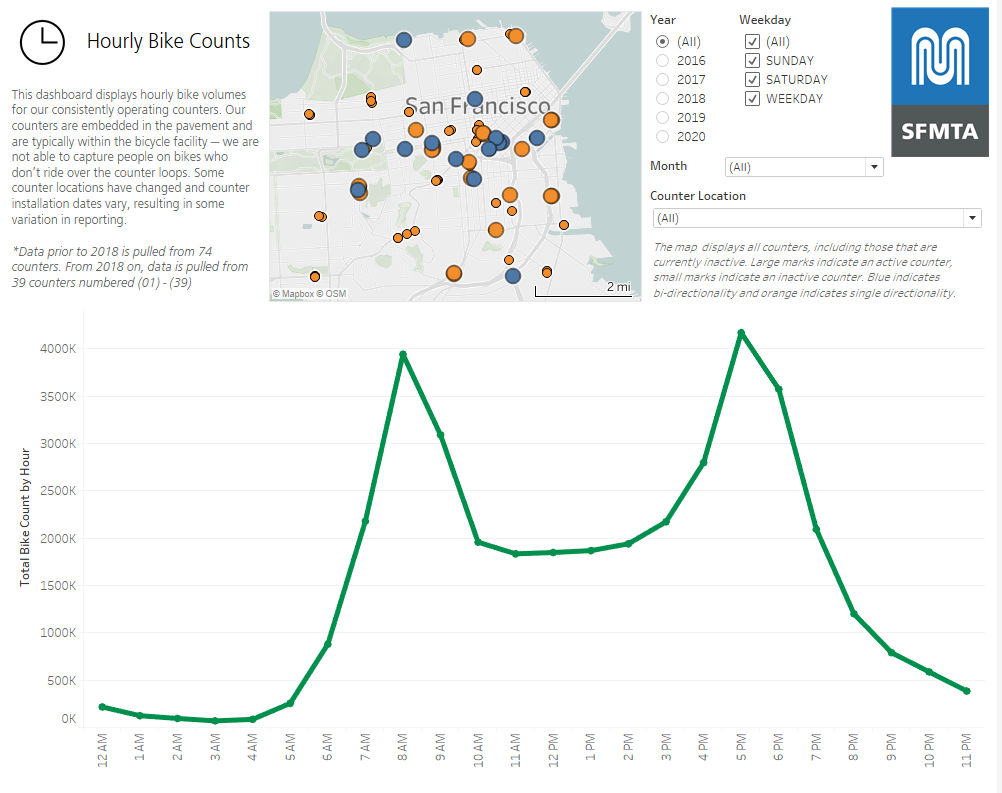