Skip to main content
ATTN: IB/OB 18 and 31 blocked at Balboa and 42nd due to a non-Muni collision. Coaches will reroute via Cabrillo btw https://t.co/SgX4fl487W (More: 19 in last 48 hours)
Subscribe

In January 2012, the SFMTA Board of Directors approved the 2013 – 2018 SFMTA Strategic Plan, which documents the vision, mission, goals, and objectives for the agency. Documenting and analyzing bicycle volumes and trends in San Francisco supports the SFMTA’s Strategic Plan Goals, which build upon the city’s Transit-First Policy to prioritize ways of traveling other than driving a car.

The agency’s vision for a sustainable transportation system citywide includes a safe, inviting network of bicycle friendly streets that is easy to use for people of a wide range of ages and abilities. Explore the pages below that:

Bicycling moves people around San Francisco using less space per person than when people go by driving. The SFMTA encourages bicycling and makes yearly ridership and trend data public. While Bike-to-Work day has moved to September this year due to the ongoing pandemic, we are excited to share San Francisco’s 2019 citywide bicycling data that we usually release in May.

The SFMTA uses a variety of bicycle infrastructure and data metrics as indicators of a healthy and growing bicycle network. In 2019, the Agency prioritized the development of a robust data management system, improving high-quality bikeway infrastructure to make bicycling less stressful and more appealing, and expanding access to bikeshare services across the city. As in past years, 2019 data is pulled from the SFMTA’s automated bike counters, annual manual count data, operator-provided bikeshare data, and the US Census. Here are some key findings from 2019 bike data: 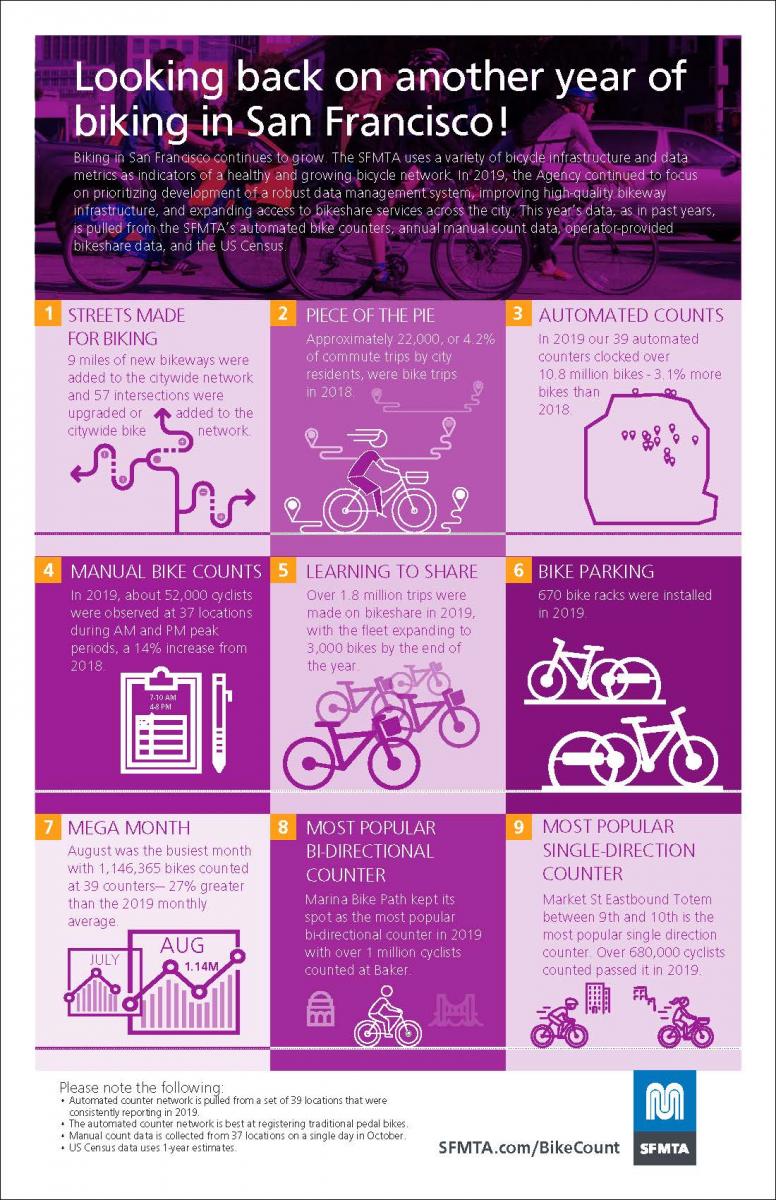 For information on the Vision Zero Action Strategy.

For information on the Safe Streets Evaluation Program. 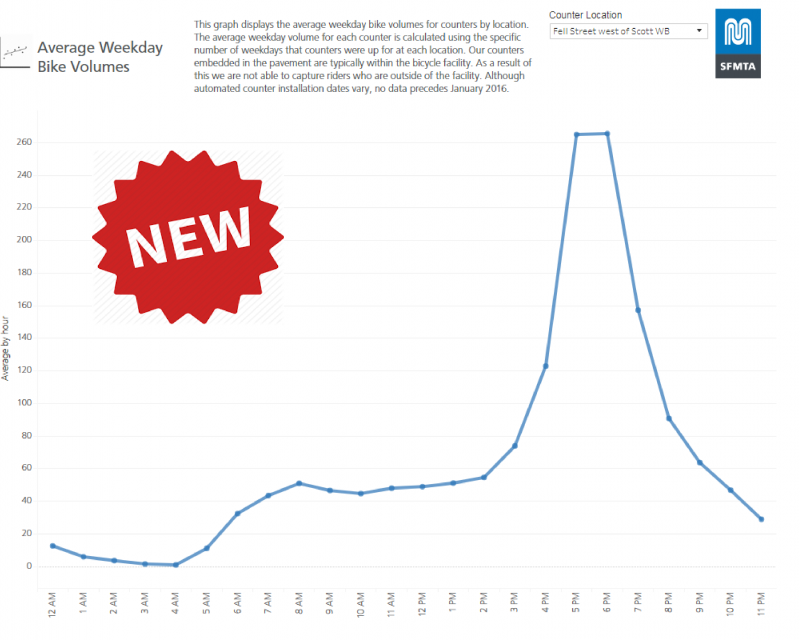 How many people are biking? Try our interactive data dashboards and explore 2017 key findings 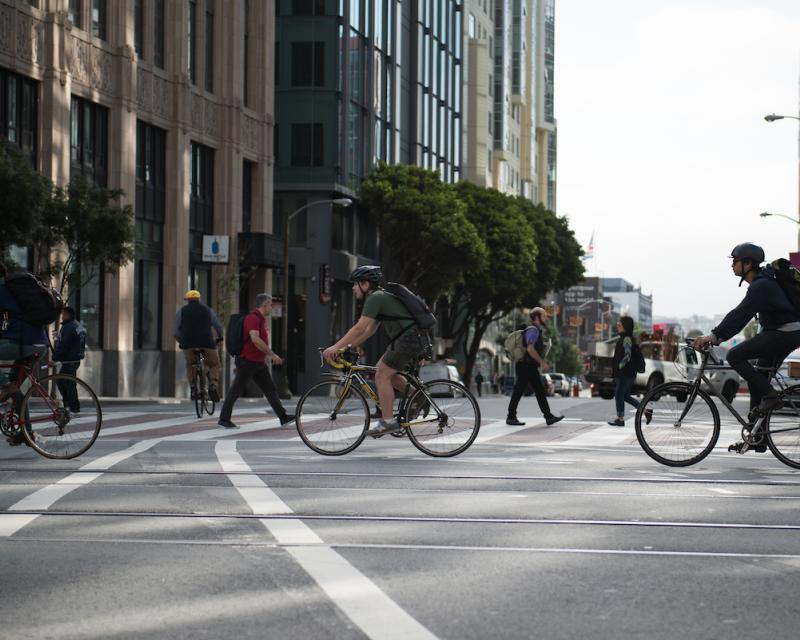 Where are people biking from? Explore ACS bike commute data for San Francisco 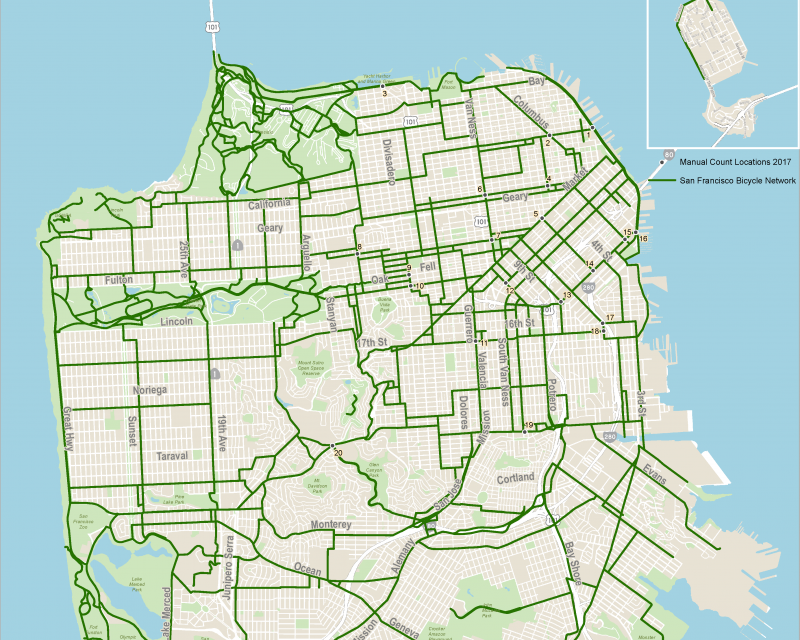