Mission Bay Loop will provide turn-around capabilities for the T Third Street light rail line via a connection of trackway from Third Street to 18th, Illinois, and 19th streets. Moreover, the Mission Bay Loop is integral to the Central Subway Project due to emerging population growth in the southeast section of the city and the need to provide transit service to destinations such as Caltrain, BART the Financial District and the Chinatown area.

Mission Bay Loop (MBL) is located within the central waterfront area on the blocks of 18th, Illinois, and 19th streets. The loop will support the reliability of the overall system by allowing trains to turn around for special events and during peak periods to accommodate additional service between Mission Bay and Market Street Muni Metro.

The proposed Mission Bay Loop was designed in 1998 as part of the Third Street Light Rail Project, completed in 2003. An Environmental Impact Statement/Environmental Impact Report (EIS/EIR) for the Third Street Light Rail Project was completed and approved in 1999 by the Federal Transit Administration (FTA) and the City and County of San Francisco. Yet, due to budget constraints, construction of the Mission Bay Loop was deferred.

Approximately fifteen years have passed since the EIS/EIR for the Third Street Light Rail Project was completed. Now, the project has secured funding under a partnership with the FTA for allocation of $10 million TIGER funds through the Department of Transportation and the Lifeline Transportation Program from the Metropolitan Transportation Commission (MTC). Additionally, the FTA prepared an Environmental Assessment (EA) report to identify and evaluate any conditions that may have changed after 1999 that could potentially result in adverse environmental effects from construction and operation of the MBL. 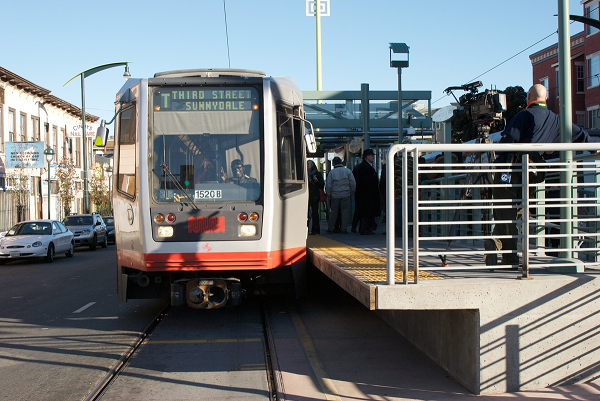 Get Mission Bay Loop alerts by email or text