Best Bike Cities in the US 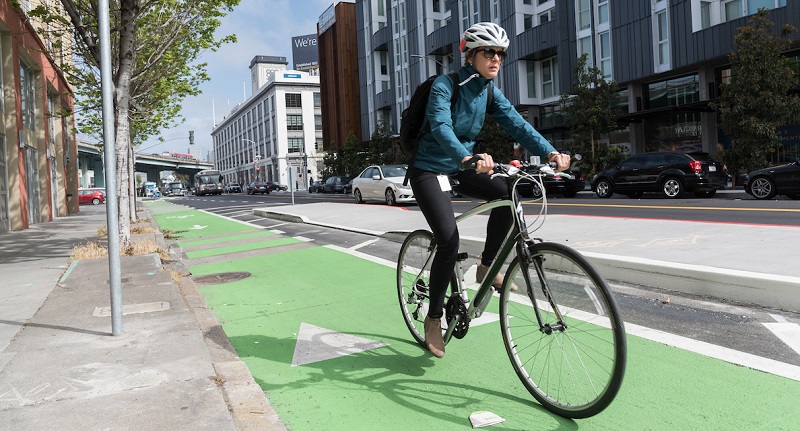 Person biking on our new protected bikeway on 8th Street.

What makes for a great bike city in America? Is it the miles of protected bike lanes? The number of bike shops? An abundance of stunning landmarks to ride by?

Yes to all of that, but as Bicycling Magazine sifted through thousands of data points and chatted with bike advocates and transportation officials around the country, they determined that the best cities are the ones that don’t cater to one specific type of rider—be it the daily commuter or competitive roadie. The ones that top the list have built systems and a riding culture that benefits everyone—from the kid who rides to school to the retiree who takes a weekend trip to the grocery store.

For the second year in a row, San Francisco was number two for best bike cities in America. People from all walks of life are starting to see their bicycle as a more convenient way to get around. Since 2006, bicycling has grown by 184 percent and San Francisco adds more than four new bike commuters on an average day.

Our ever-growing bike network is also a large part of this recognition.  Everyone should feel safe riding a bike, whether they are 8 or 80 years old. Our vision for a sustainable transportation system includes a safe, inviting network of bicycle-friendly streets that is easy to use for people of a wide range of ages and abilities. No matter how you travel, enabling people to get around by bike plays an important role in getting you where you’re going. Protected bike lanes and calmer streets can provide benefits for everyone.

Some of the bike projects currently in the works:

Over the years, we have made a lot of progress in building out our bike network, which has grown to encompass 448 miles of bikeways, including:

Every trip made on a bike instead of a car means less traffic congestion on our streets, less time spent searching for parking, less air pollution and more opportunities to chat with your neighbors. That makes San Francisco more livable for everyone. For more information on what we are doing to make biking safer, visit our webpage.