This weekend BART closures between Daly City and Glen Park stations will be in effect. This project runs until October 16. Muni will be providing free shuttle service and extra service on several routes. For details, check out our July 18 blog post. 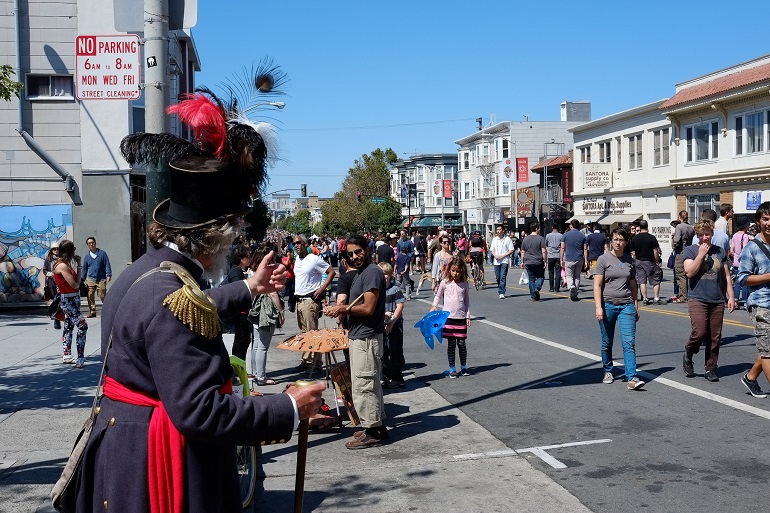 As baseball season creeps towards the home stretch, the Giants will close out this current home stand with a four-game series against the New York Mets starting tomorrow. Remember to use MuniMobile to get you to and from AT&T Park. In addition to baseball, Sunday Streets will take over the Valencia Street corridor in the Mission District from 11 a.m. to 4 p.m., resulting in re-routes for the 12 Folsom/Pacific, 27 Bryant, and 55 16th Street routes. If you’re still in search of more to do, there will be an Italian festa in North Beach and a triathlon snaking its way through parts of the city.

Hosted by the San Francisco Italian Athletic Club, the Festa Coloniale Italiana is a free, all-day family friendly event that will take place along Stockton Street between Union and Filbert streets. In addition to the traditional Italian song and dance performances special guest Moreno Fruzzetti will perform two music sets. Attendees will also be able to taste neighborhood and specialty foods, sample wines, and buy arts and crafts.

Due to street closures, parking will be limited and congestion is expected to be heavy. Consider using public transportation. Muni’s 8 Bayshore, 30 Stockton, 39 Coit, and 45 Union/Stockton will get you to North Beach.

Muni service note: due to street closures the 39 Coit will have a re-route, while other routes may see residual delays due to increased ridership.

On Tap for next week: Giants Baseball