Last month, we introduced a new member of the Muni stable to public service-- the first of a fleet of 40-foot electric trolley buses that will replace our current (and aged) buses running on numbered lines like the 22, 3, and 24.

This new bus is the latest procured from Flyer/New Flyer Industries, the same manufacturer of Muni's fleet of trolley coaches from 45 years ago. Here's a then and now look at Muni's first and latest "Flyers". 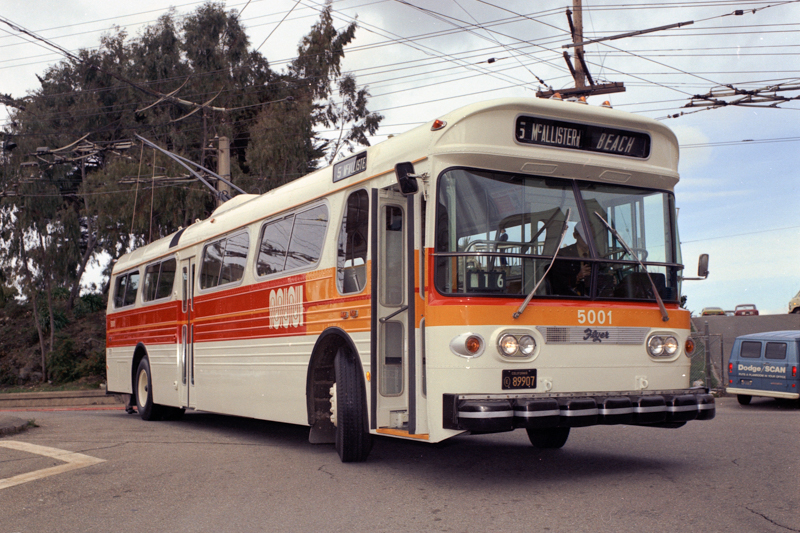 Many long-time Muni riders will remember the look of this Flyer Coach 5001, which is seen here posing for a glamour shot debuting Muni's "Sunset" livery in 1975. Today, you can catch a ride on Flyer Coach 5300 during Muni Heritage Weekend, our annual history extravaganza.

In 1972, when Muni was looking to replace its aged fleet of trolley coaches from the late 1940s, it turned to Flyer Industries, the only manufacturer making electric trolley coaches in North America. 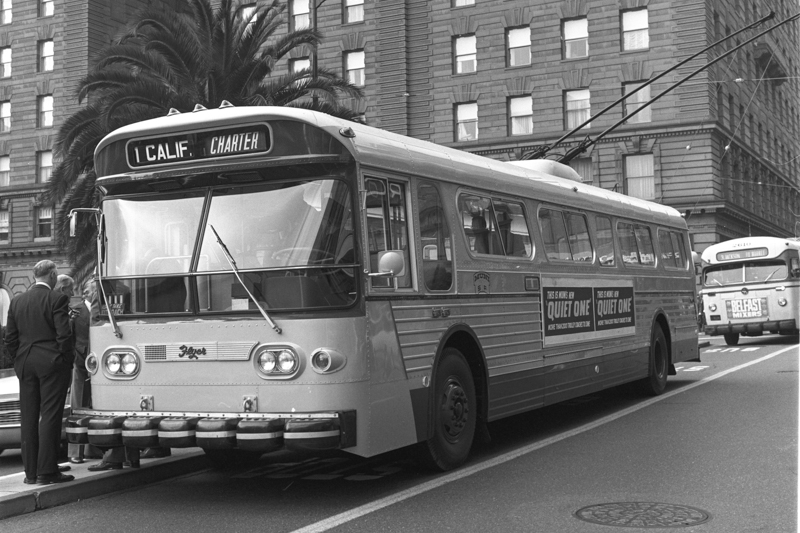 This prototype bus (later repainted and numbered 5001 as seen above) was unveiled to the public in 1972. It is seen here during a photo-op in Union Square wearing promotional ads calling it "Muni's Quiet One"

The company provided two prototypes that would serve as the basis for an order of over 300 new buses. After a few years of testing, the specifications were set and Muni's first Flyer coach (#5003 for you fans) arrived on the property. Over the following three years, the full production fleet arrived and a new era of clean, electric transit began. 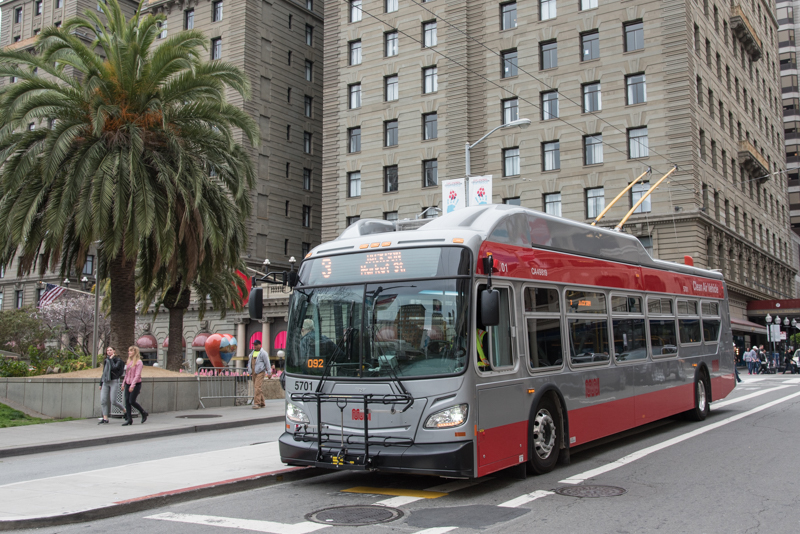 Coach 5701 is seen here on the 3-Jackson route during first day of passenger service, April 5, 2018 in Union Square.

Today's Trolley Coach 5701 arrived early this year and started passenger service just last month. Built by New Flyer Industries (the successor of Flyer), it represents decades of refinements in technology and materials. Like it's ancestors, this new fleet of buses run on 100% emissions-free hydroelectric power from Hetch Hetchy, the city's municipal power source. 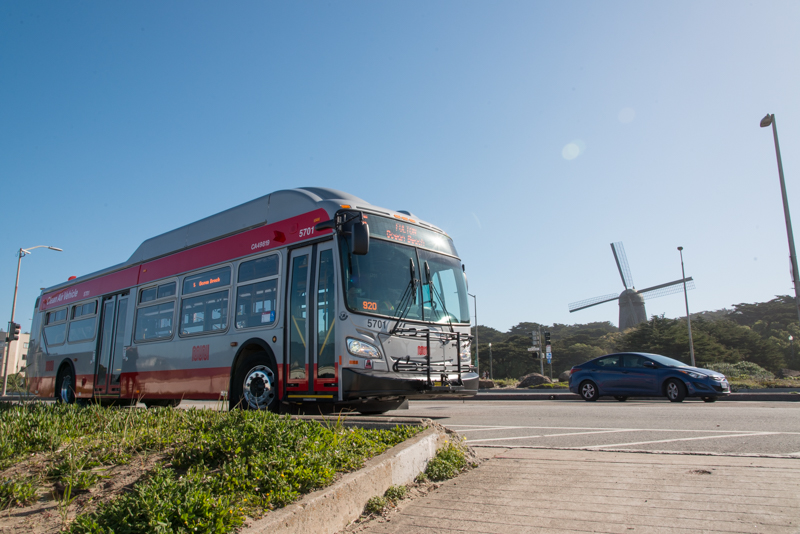 Posing at Ocean Beach for some pre-service photos, Coach 5701 "dropped its poles" and is ran off-wire along the Great Highway during testing on March 28, 2018.

Keep your eyes peeled as more of these buses enter service, and learn more about Muni's trolley bus history in the blogs listed under "Similar Reads" below. 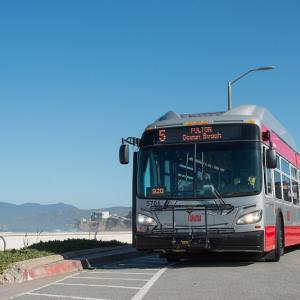 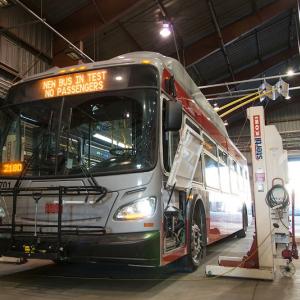 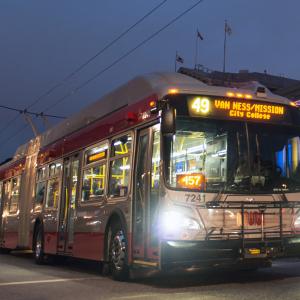 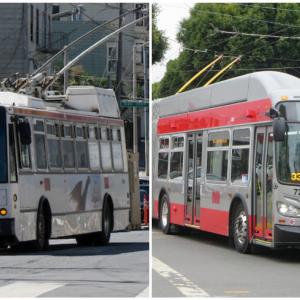 New Muni Trolley Buses Coming to All Electrified Routes By 2019