When Streetcar 117 emerged from darkness of the Twin Peaks Tunnel into the bright light of day at West Portal on February 3, 1918, a cheer went up from the crowd that had been eagerly waiting for it. The arrival of the first-ever K Ingleside streetcar on this sunny, winter day signaled that the southwestern corner of the city had been indelibly linked to downtown, straight through the heart of San Francisco.

This Saturday, February 3, 2018, we celebrate 100 years of the K Ingleside, a line that sparked a wave of development in a rapidly expanding city. 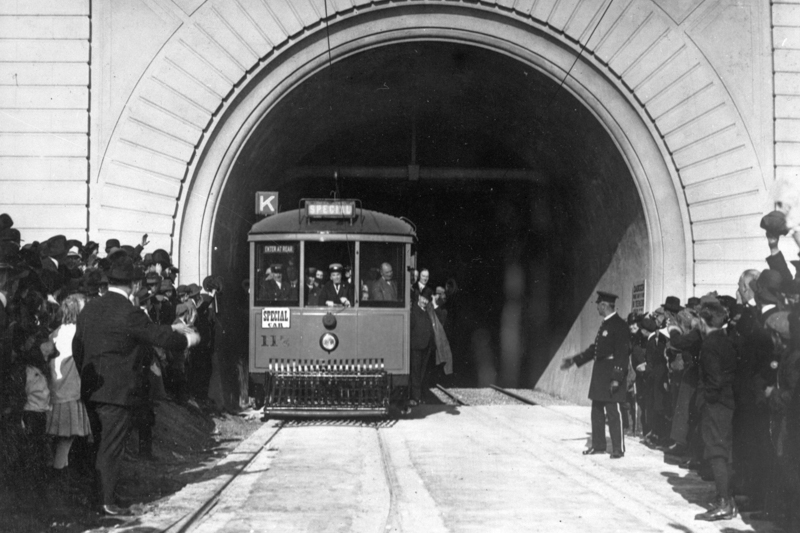 Opening day on the K Ingleside with a crowd of San Franciscans on February 3, 1918. Mayor "Sunny Jim" Rolph is driving the streetcar, as he did just six months prior for the opening of the J Church-- surely a favorite activity of his.

After the devastation of the Great 1906 Quake, San Francisco was busy rebuilding, growing and, after 1912, augmenting its newly established Municipal Railway system. The forests of Mount Sutro and Mount Davidson’s western slopes, and the dunes and wetlands around Lake Merced were ideally situated for new residences and neighborhoods. But transportation to these areas was slow and difficult by any means. 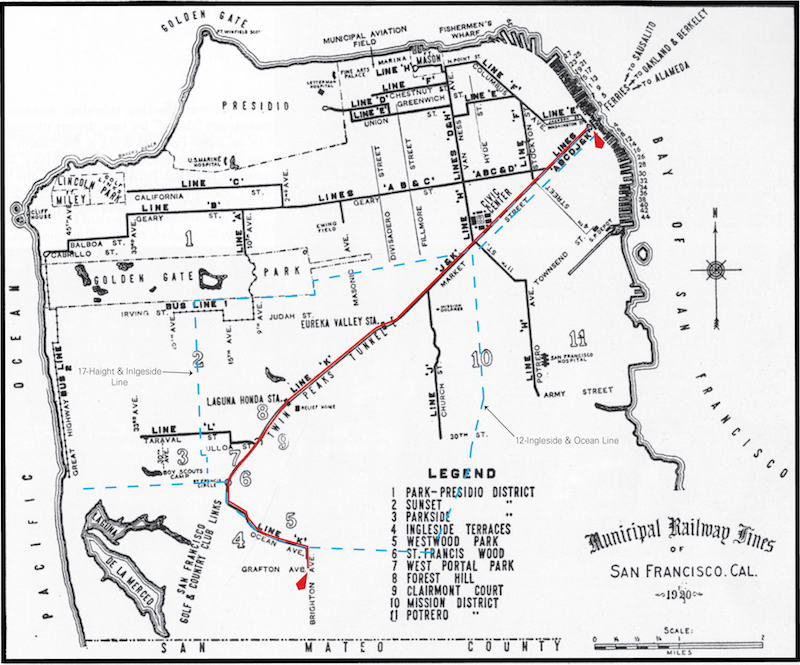 The commencement of the K Ingleside greatly sped up travel from downtown to these underdeveloped areas. Compared to the two existing streetcar routes that served the area, the new “K” shortened the trip from the Ferries to St. Francis Circle by 1.5 to 2.5 miles. 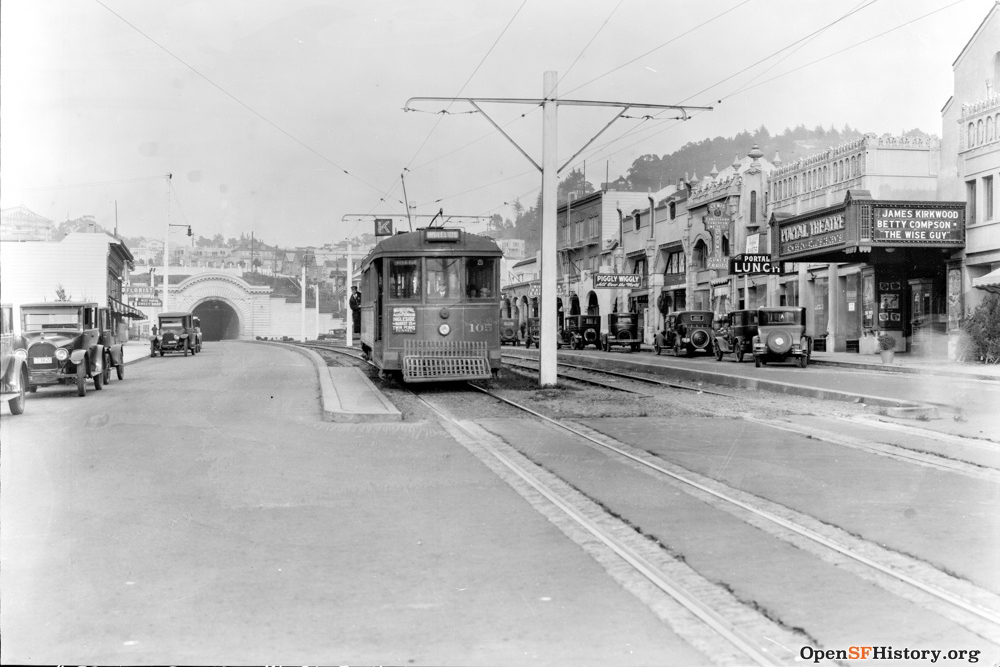 Looking northeast on West Portal Avenue near Vincente in 1927, just 9 years after the opening of the K Line, the neighborhood has taken form. Photo Courtesy: OpenSFHistory.org / wnp26.120.jpg

This time savings created opportunities for neighborhoods along the K Line to develop and grow into the thriving districts we know today. By the mid 1920s, West Portal resembled its current configuration with a busy shopping district along its main avenue, and residences nestled in the sylvan, City-Beautiful-inspired atmosphere of Forest Hill and St. Francis Wood. 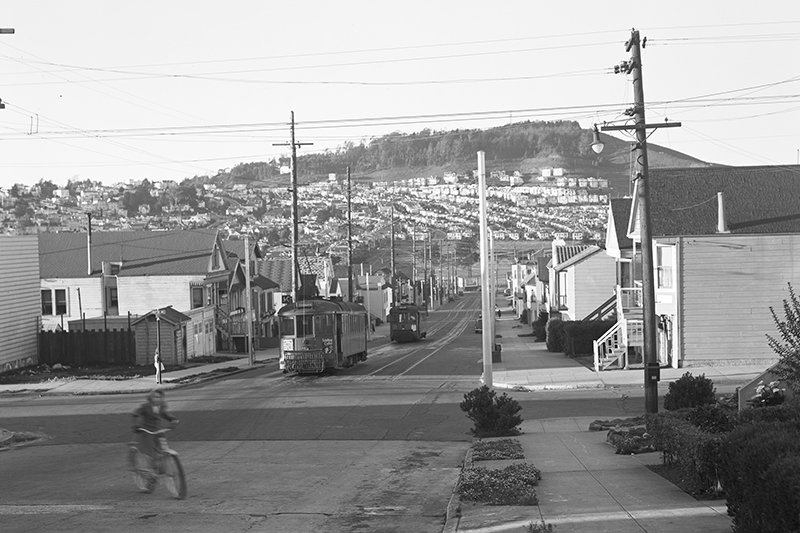 For decades, the K operated along the same route from the Ferry Building, down Market and into the tunnel, out West Portal to Ocean, and finally terminating at Brighton and Grafton in the Ingleside District. 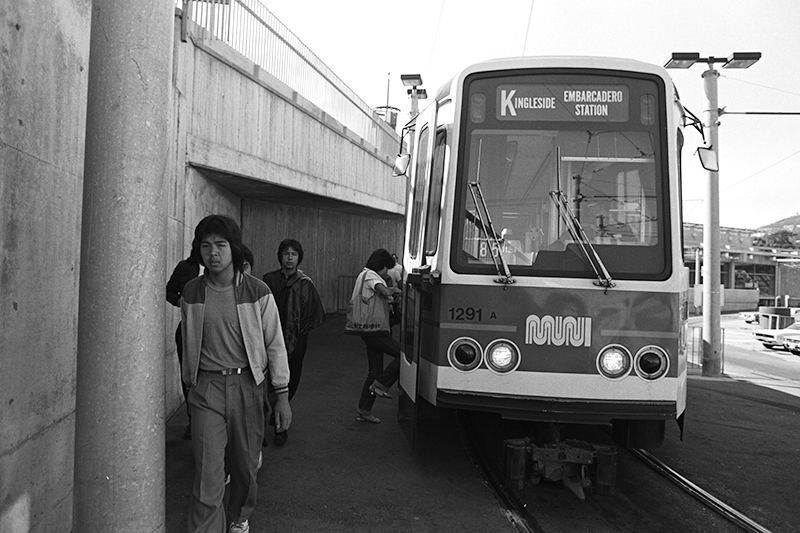 Passengers disembark from a K Line LRV at Balboa Park Station in 1981, shortly after the line was extended.

In the 1970s, Muni began modernizing its rail system with the construction of the Muni Metro system. A combination of subway and surface rail, with a then-new fleet of light rail vehicles made by the Boeing Company, Muni Metro changed the K into the line we know today. The K Ingleside was extended to Balboa Park Station from Embarcadero, with approximately half of the trip going through the newly connected-up Twin Peaks Tunnel and Market Street Subway.

This year, the K Ingleside is enjoying its 100th birthday with the addition of new light rail vehicles to the Muni fleet, which are in service now. And soon, the Twin Peaks Tunnel Improvement Project will make riding the K (and the L & M) much safer, smoother, and reliable.

For more “K” birthday celebrations, be sure to check out our historic photo exhibit on the Twin Peaks Tunnel and K Ingleside at the West Portal Library Open House this Saturday February 3rd from 1-5pm. Additionally, on March 3rd and 4th, the SFMTA Photo Archive will be featuring an expanded exhibit on this history at the annual History Days at the Old Mind. To explore more of our historic photos, check us out on the SFMTA Photo website and Instagram. 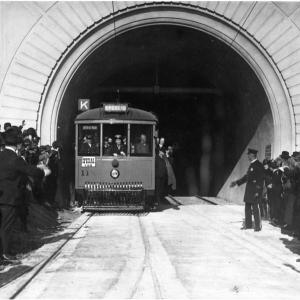 This Weekend: The Twin Peaks Tunnel and the K-Ingleside Turn 100 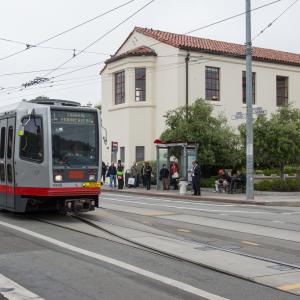