Because speed is the leading cause of serious and fatal crashes in San Francisco, reducing speeds is the single most effective tool for achieving Vision Zero. Before AB43, cities across California—including San Francisco—were limited in their ability to adjust local speed limits. Even slowing traffic down by 5 mph can make a difference of whether or not someone survives a crash, and AB43 will enable SFMTA to set speeds that promote safer streets for all along key corridors. 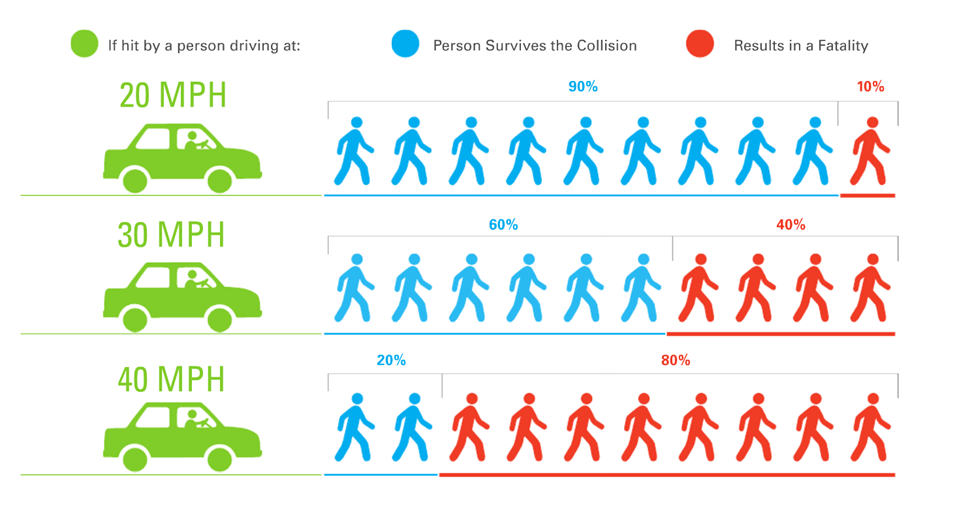 The SFMTA will implement the changes authorized through AB43 in two phases. First, under the provision that goes into effect in January 2022, the SFMTA will move to lower speed limits by 5 mph (from 25 mph to 20 mph, or 30 mph to 25 mph) in key business activity districts (streets where at least half of the property uses are dining or retail).

We have mapped out key corridors where these speed reductions will come into effect next year—including Haight, Polk, and Valencia streets—as well as other areas for future consideration. These speed limit changes still require SFMTA Board approval, and staff will be bringing them a proposal with an implementation plan for the first seven corridors in December. These first seven corridors for speed limit reductions from 25 to 20 mph include:

We plan to accompany the rollout of the new speed limits along the streets with public education and outreach campaign on the importance of slow speeds for saving lives. We will return to the SFMTA Board in 2022 with additional proposed speed limit reductions that are eligible as business activity districts. 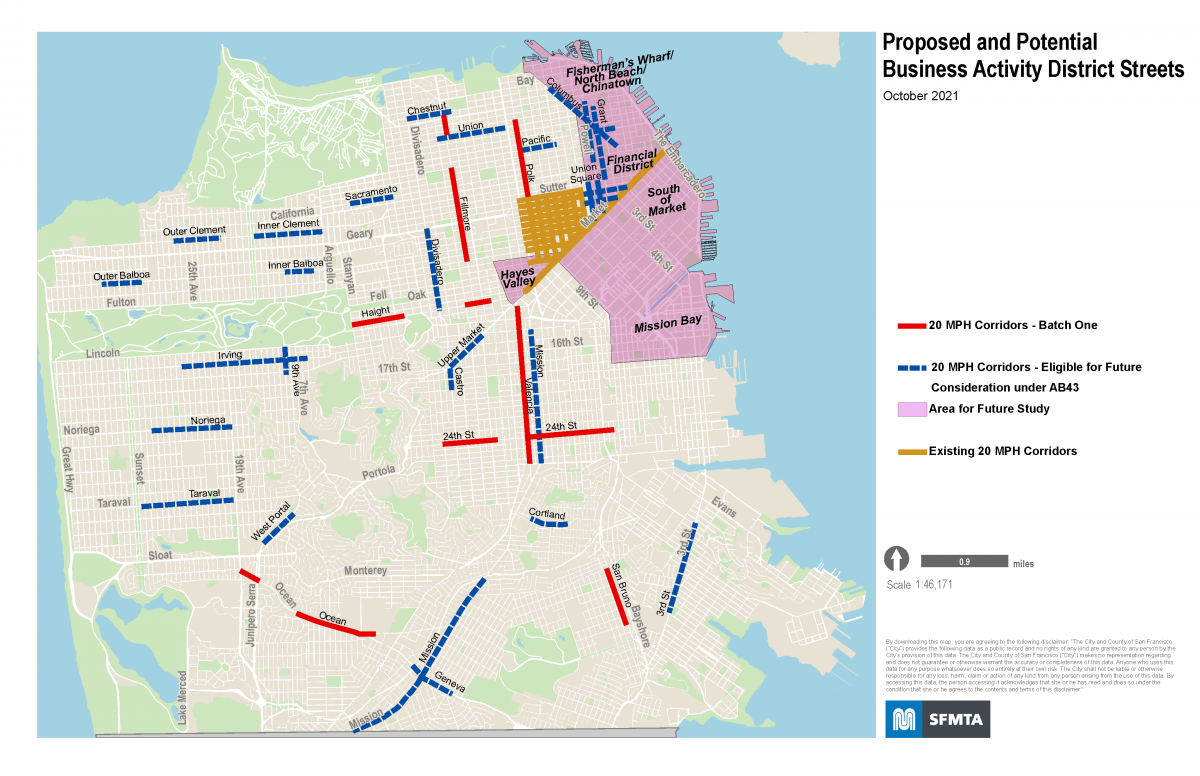 The second phase will be implementing another portion of the bill that authorizes the city to lower speeds by 5 mph on streets that are designated as “safety corridors”—streets that have the highest number of serious injuries and fatalities. In San Francisco, 75% of serious and fatal collisions occur on just 13% of city streets.  This is especially important for advancing equity in San Francisco, as over half of corridors on the High Injury Network are in a Community of Concern. This particular aspect of the bill does not come into effect until June 2024, though, and requires the California Department of Transportation (Caltrans) to establish definitions of “safety corridors” through its roadway standards manual.

We have already implemented 20 mph limits throughout the Tenderloin, where every street is on the High Injury Network, and will continue to prioritize improvements in Communities of Concern.

In our upcoming 2021 Vision Zero Action Strategy, the SFMTA is committing San Francisco to a comprehensive approach to lowering speeds on key corridors across the city. We will continue to pair speed limit reductions with our existing strategies, like the Vision Zero Quick-Build Program, to slow speeds on our streets.

We appreciate the leadership of Assembly Transportation Committee Chair Laura Friedman, along with San Francisco co-sponsors Assemblymember David Chiu and Assemblymember Phil Ting in introducing this transformative legislation.  Their leadership along with Mayor Breed, the Board of Supervisors,  WalkSF,  SF Bike Coalition, and San Francisco Bay Area Families for Safe Streets and all the many citizens who wrote letters, called into hearings and tweeted their support for this important step to address speeding on our streets, were essential to its success.  We stand committed to safer streets in SF and will work urgently to reduce speed limits to save lives. 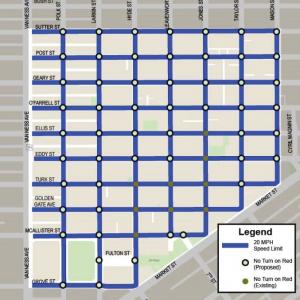