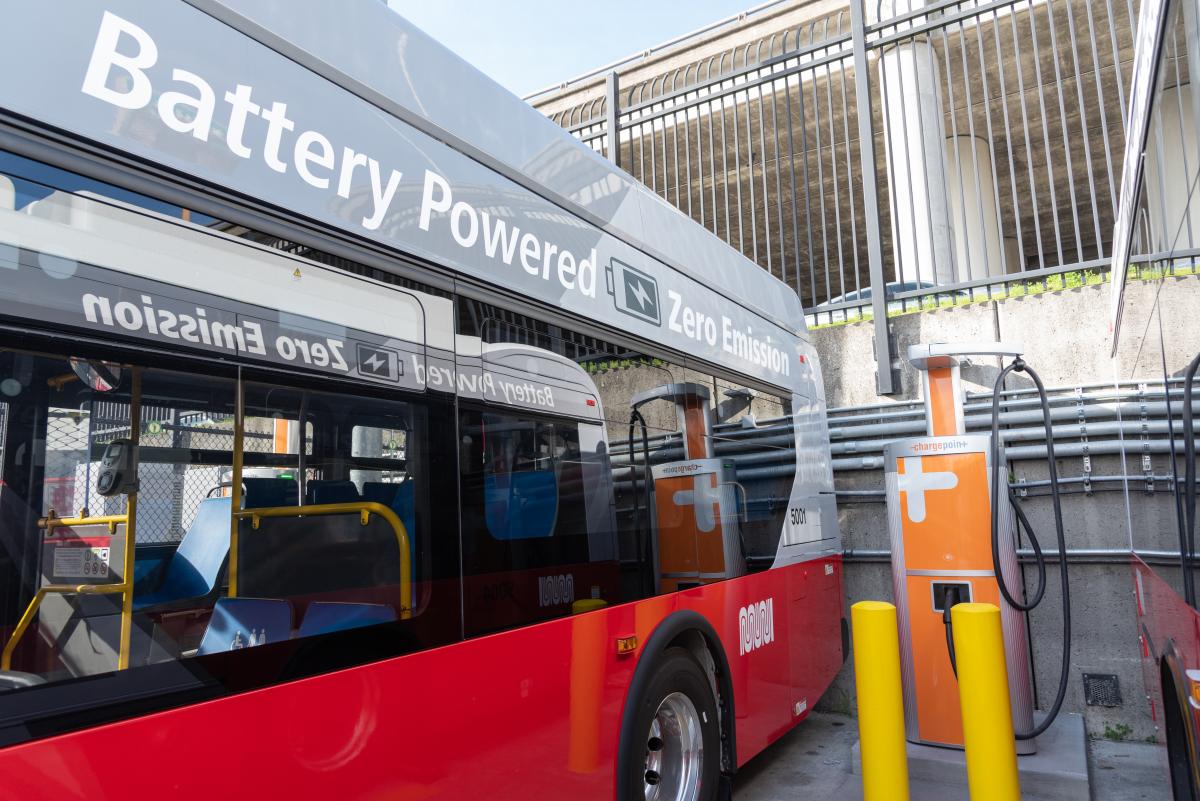 The San Francisco Municipal Transportation Agency (SFMTA) announced the first of three battery electric buses have entered revenue service achieving a major milestone in the agency’s greater goal of an all-electric fleet and a carbon-neutral San Francisco by 2040, as explained in the SFMTA’s Sustainability and Climate Action Program.

As part of the program, Muni had initially ordered nine battery-electric buses, three each from three manufacturers, New Flyer, BYD USA and Proterra, for an 18-month tryout. As the program evolved, a fourth manufacturer, Nova Bus, was added to the program who would bring in three additional e-buses for the extensive testing. Currently five e-buses have arrived. The rest of seven will be delivered by the end of 2022.

Prior to the launch, the e-buses were tested on some of our most challenging routes. The new coaches will be serving the 9 San Bruno, 22 Fillmore, 29 Sunset and 44 O'Shaughnessy lines. The three battery-electric buses, one each from New Flyer, BYD USA, and Proterra, will be running on the same line each day to gather data on how they respond to the challenges of revenue service across our unique geographic terrain.

Leading up to this launch, the SFMTA has been working with PG&E to complete and update the charging infrastructure, called ChargePoint Express Plus, needed to power our new battery electric fleet. Each bus takes about four hours to charge and the electrical support equipment is enclosed within the Electrical Equipment Center directly adjacent to the charging stations.  To date, we have nine of 12 charging stations completed, which are powered by Hetch Hetchy Power. The three remaining chargers are currently in fabrication and anticipated to be delivered in Spring 2022. Construction will continue once the three chargers arrive. The overall completion of the installation project is expected for summer 2022.

As of 2019, 47 percent of San Francisco’s greenhouse gas emissions are generated by the transportation sector which is heavily reliant on carbon intensive fossil fuels. The SFMTA has already made significant strides toward a zero-emission future, accounting for about 1% of the county’s public transit emissions (and less than .01% of overall citywide emissions. Additionally, the SFMTA's Transportation Sector Climate Action Strategy, a two part program (Climate Mitigation and Climate Adaptation) aims to reduce emissions both short and long term, that contribute to extreme weather events, increased forest fire risk and sea level rise. The Climate Action Strategy is not only critical to climate action, but can also help to build a healthy, resilient and equitable city.

However, the SFMTA continues to be a leader in providing safe and sustainable transportation options. The SFMTA’s energy-efficient Muni fleet contributes less than two percent of the sector’s emissions and moves approximately 700,000 every day! Today, the SFMTA operates the greenest transit system of any major city in North America.

We are committed to ensuring that BEBs can deliver the same standard of reliability and service as our current hybrid-electric bus fleet. In recent years, the transit industry has witnessed significant progress in battery-electric technology. However, the question remains of whether BEBs can handle San Francisco’s heavy transit ridership and hilly routes. To answer this question, the SFMTA continues to evaluate the battery-electric bus program.

The BEB program serves as an important step towards achieving the greater goals of an all-electric fleet outlined in the SFMTA’s Zero Emission Bus Rollout Plan and a carbon-neutral San Francisco by 20450. Additionally, this project contributes to the City’s Climate Action Strategy goals and supports the City’s voter-approved Transit-First Policy established in 1973.

San Francisco is committed to achieving net-zero greenhouse gas emissions by 2040. The SFMTA, which has operated a network of zero-emission vehicles for almost 85 years, is playing a key role in achieving this goal. Throughout our agency’s history, we have consistently and proactively pursued and implemented the latest in green transportation technologies. Today, the SFMTA accounts for less than two percent of the City’s transportation related GHG emissions and operates the greenest transit system of any major city in North America. For more information on our Battery Electric Bus program please visit our website.