Another fun-filled weekend awaits us – you can cheer on the Giants as they wrap up their first home stand of the season, enjoy the second weekend of the Cherry Blossom Festival and take your pick of Easter events with the Union Street Easter Fair or Mt. Davidson Easter Sunrise Service.

Check out this week’s featured events below. 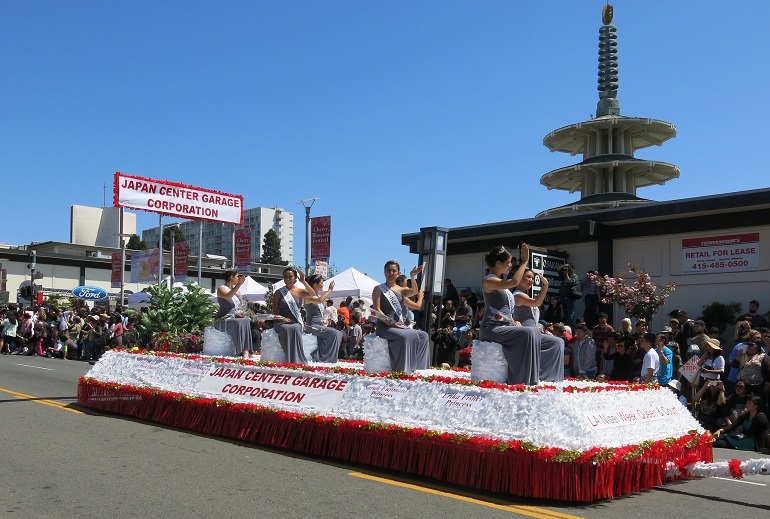 The 50th anniversary of the Northern California Cherry Blossom Festival continues this weekend and culminates with a Grand Parade. The parade route will begin at the Civic Center at 1 p.m., proceed up Polk Street to Post Street and conclude at Post and Fillmore streets. As is tradition, the parade of colorful floats, surrounded by Japanese classical and folk dance groups, will escort this year’s Queen and her Court to Japantown.

How to Get There on Muni: Any Muni Metro line, the F Market & Wharves Line and the 5 Fulton, 6 Haight-Parnassus, 7 Haight-Noriega, 9 San Bruno, 14 Mission, 14R Mission Rapid, 19 Polk, 21 Hayes and 31 Balboa routes will take you near the start of the parade at Civic Center Plaza.

The 2 Clement, 3 Jackson, 22 Fillmore, 38 Geary and 38R Geary Rapid routes will take you close to the festival.

Saturday, 2 to 5 p.m.
Market Street, from Civic Center to The Embarcadero

A protest rally known as the Tax March will begin at 2 p.m. with a rally at Civic Center Plaza.  At 3 p.m., the march will leave from there along Market Street to Justin Herman Plaza (at The Embarcadero), where the rally will continue.

Due to Balboa Park Station Area and Plaza Improvement construction work, temporary stop changes are in effect for the J Church and K Ingleside lines at Balboa Park Station through the end of April. For details, please visit sfmta.com/greenlightrail.

“On Tap” gives you a heads up about the big events in town and what Muni routes and lines will get you to the party. Look for this feature to be posted usually on Wednesdays for a look ahead to the weekend. ​Check out our Weekend Traffic & Transit Advisory for more details.