The Folsom Streetscape Project area includes Folsom Street between 2nd and 11th streets. Folsom Street is an eastbound, one-way street and between 11th and Falmouth streets, there are three vehicle travel lanes, a parking protected bike lane, and transit boarding islands at the following intersections:

More than 300 people ride in the existing bikeway during the AM peak hour and approximately 50 in the PM peak hour.

The 12 Folsom Muni line travels on Folsom Street from 11th to 2nd streets and carries approximately 5,500 passengers a day with a frequency of 15 minutes in the AM peak hour.

The 27 Bryant Muni line travels along Folsom Street between 6th and 5th streets and carries approximately 6,700 passengers a day with a frequency of 15 minutes in the AM peak hour.

The average daily traffic count is approximately 14,000 vehicles who travel along the corridor based on a PM peak hour volume of 1,350.

Once completed, Folsom Street will implement the following treatments:

The construction phase is scheduled to begin in 2022 and last for 24 months.

In 2018, the SFMTA completed near-term or “Quick-Build” improvements on Folsom Street between 11th and Falmouth streets using effective temporary and adjustable measures such as paint, traffic delineators, and signage.

Beginning in 2021, the SFMTA implemented another Quick-Build project with temporary safety features on Folsom Street between 5th and 2nd streets.

After  implementing near-term improvements and analyzing the outcomes the findings include: 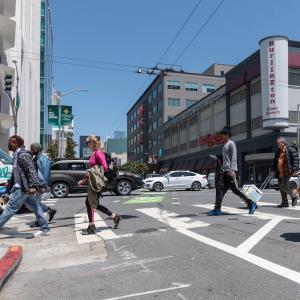 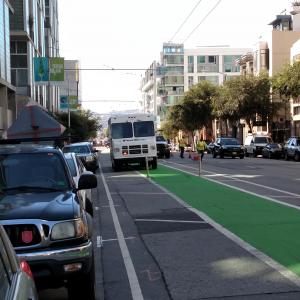 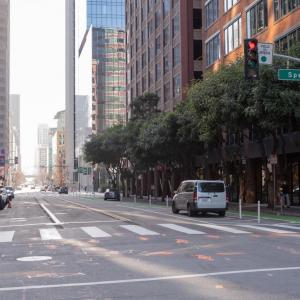