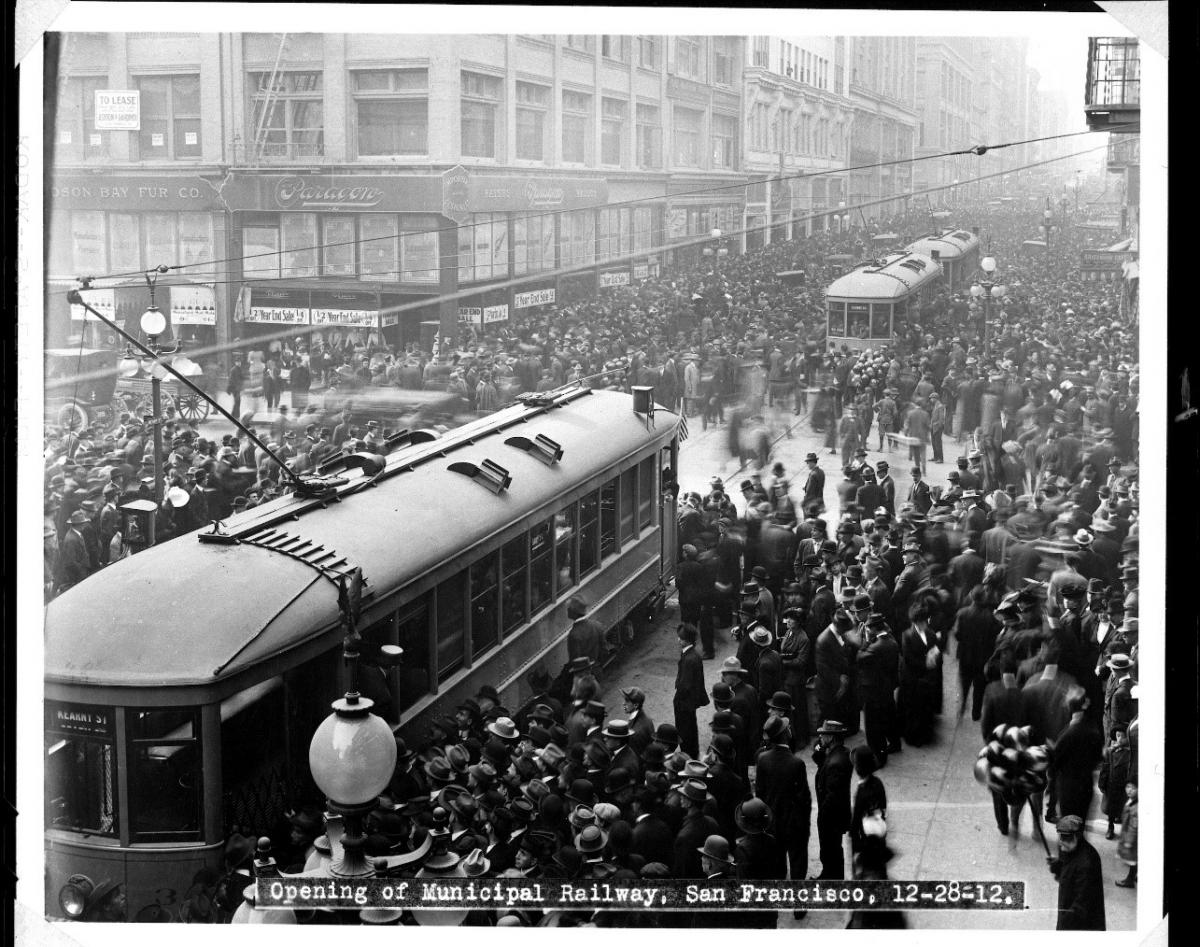 The SFMTA recently celebrated Muni’s 108th Anniversary on December 28, the date when streetcar service was inaugurated along Geary Street between downtown and 33rd Avenue on the A and B lines in 1912. This vital corridor is now experiencing its latest transformation. But first, some history:

Upon opening, for the cost of a nickel, the Geary streetcars went all the way to the Ocean Beach carousel, candy stands and other rides and amusements that would later be known as “Playland at the Beach.” Residences and shops began to spring up amid the sand dunes in the Outer Richmond, as transit connected downtown to the Richmond neighborhoods, Golden Gate Park and Ocean Beach.

The public transit network expanded in the years following this inaugural service through innovative projects like the completion of the Twin Peaks Tunnel and the establishment of the J Church and other lines. Ridership on Geary quickly became among the highest in San Francisco. Today Muni’s 38 Geary and 38R Geary Rapid continue to serve our highest volumes of customers, with more than 56,000 pre-pandemic daily riders expected to return once public health orders are lifted. 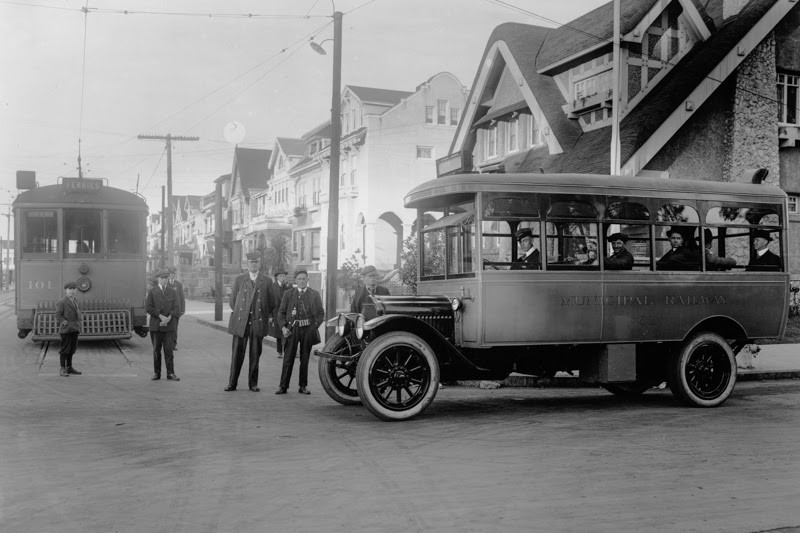 With the rise in car ownership, however, "auto fever" demands for automobile-centric developments ushered in the removal of rail infrastructure throughout the City beginning in the 1940s, implementing freeways and expressways in their place. The so-called “urban renewal” campaign of the 1960s and ‘70s also included construction of the eight-lane Geary Expressway, devastating communities by razing homes and storefronts, thereby displacing Black, Indigenous, and People of Color (BIPOC) residents, especially in the Fillmore and Japantown. The Geary Expressway continues to divide these communities as highway-like conditions make it difficult for people walking to cross the street. 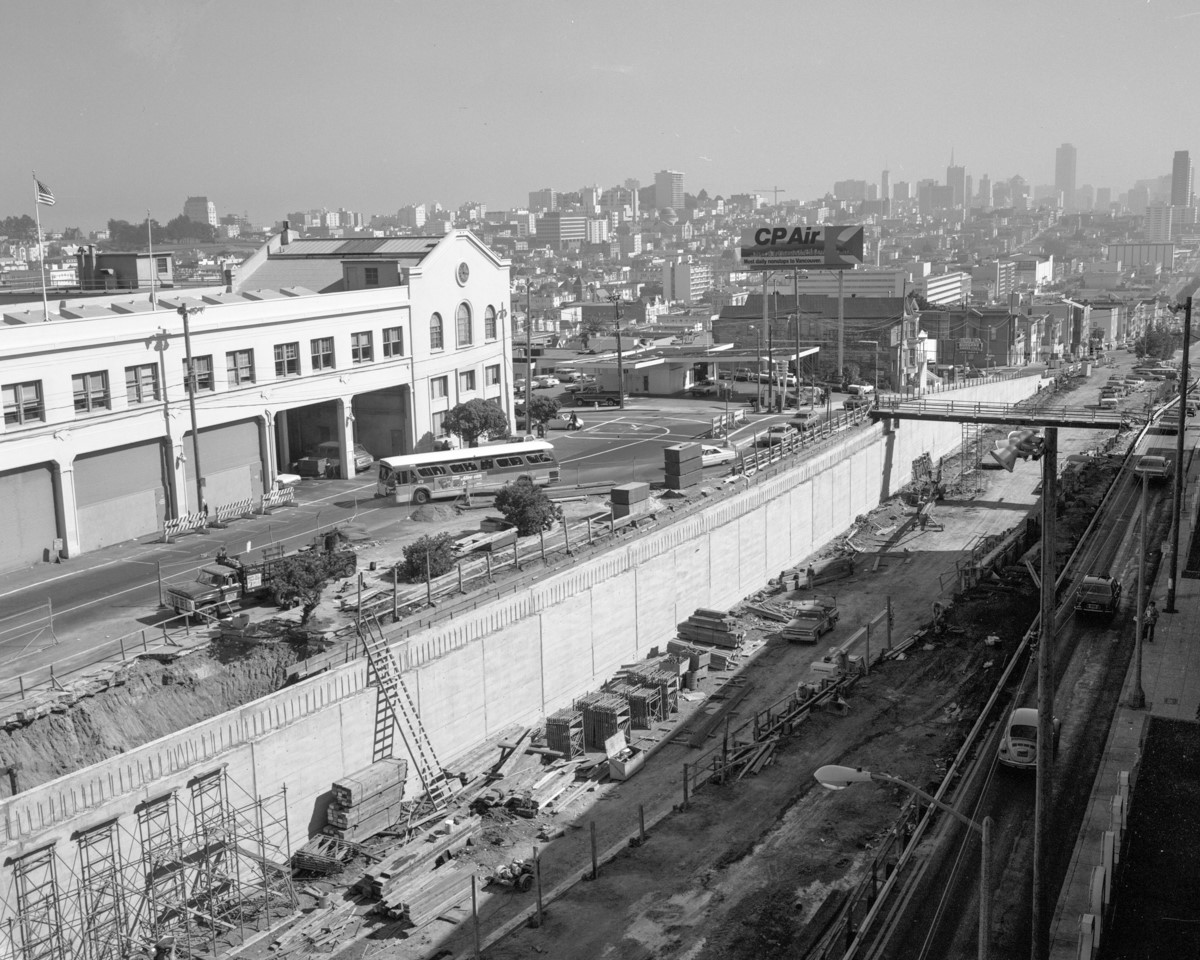 View east from Presidio Avenue showing the construction of the Geary Expressway tunnel between Presidio and Masonic.

The Geary Rapid Project aims to bring these neighborhoods much-needed transit, pedestrian safety and civic improvements along a 3-mile stretch of the corridor, extending from Market to Stanyan streets, with construction expected to wrap up in summer 2021. This latest transformation comes long after priorities shifted from the mid-20th century focus that originally led to the construction of the Geary Expressway.

While we can never undo all the harm caused by this roadway, the Geary Rapid Project brings transit improvements and safety for people walking, developed in partnership with the communities most affected by the Geary Expressway construction. These improvements include travel time-reducing transit lanes, bus-bulb outs that reduce crossing distances for people walking and traffic signal upgrades. The project also includes a host of Vision Zero safety and accessibility benefits, to calm the expressway and make this high-injury corridor safer for people walking.

Construction on Geary has continued smoothly throughout the COVID-19 pandemic and the project reached several, major milestones in 2020:

In addition to these improvements, “Muni head-start traffic signals” were recently turned on along Geary at 25th, 20th and 15th avenues as part of the 38 Geary Temporary Emergency Transit Lanes project. The signals give the 38 Geary and 38R Geary Rapid the go-ahead to start before other traffic, while also giving a head start to people walking across the street. The and new temporary transit lanes will be a welcome time-saver and help address crowding for people making essential trips as San Francisco begins reopening.

Final touches on Geary include a special community-centered crosswalk with decorative panels at Buchanan Street. The crosswalk symbolizes the re-connection of the two communities (Japantown and the Fillmore) that were separated by the Geary Expressway. The crosswalk design and development resulted from a close collaboration between the SFMTA and the local communities as a part of our commitment to better serve the city’s residents.

As the Geary Rapid Project wraps up construction later this year on time and on budget, we look forward to cutting the ribbon on a better Geary that both Muni customers and people walking can enjoy once San Francisco opens again.