Bayshore Boulevard is a north-south roadway that extends from Cesar Chavez Street in San Francisco to Airport Boulevard in South San Francisco and generally parallels U.S. Highway 101. The Bayshore Quick-Build Project area consists of Bayshore Boulevard between Oakdale and Silver avenues. The project area is in the Bayview neighborhood and adjacent to the Bernal Heights neighborhood. The corridor is home to commercial retail, light and heavy industrial, and city department activities.

The 9 Bayshore and 9R Bayshore Rapid Muni bus routes serve this corridor and connect to additional Muni lines such as: 24 Divisadero, 23 Monterey, 44 O’Shaughnessy and 90 San Bruno Owl. The SamTrans 292 San Francisco – SFO – Hillsdale Mall and SamTrans 397 All Nighter Palo Alto Station – San Francisco Salesforce Transit Center bus routes also pick up passengers on Bayshore between Bayshore/Silver and Bayshore/Flower. Northbound and southbound buffered bike lanes exist on Bayshore between Cortland and Oakdale avenues and include Muni boarding island protected bike lanes on the east side of Bayshore at Bayshore/Cortland and Bayshore/Flower.

The Bayshore Quick-Build is in support of the city’s commitment to Vision Zero. The project's main goal is to improve traffic safety conditions and comfort for all who travel along Bayshore Boulevard between Oakdale and Silver avenues by using adjustable, quick-to-construct, and reversible roadway treatments.

What is a ‘Quick-Build’ project?

Quick-build projects are adjustable and reversible traffic safety improvements that can be installed relatively quickly. Unlike major capital projects that may take years to plan, design, bid and construct, quick-build projects are buildable within months and are intended to be evaluated through our Safe Streets Evaluation Program within the initial 24 months of construction. The Safe Streets Evaluation Program, will analyze the project before and after implementation to review outcomes and determine design effectiveness. Evaluations will inform near-term modifications and a long-term design for this street.

Typical quick-build improvements could include:

Improvements within the project area will provide a greater sense of safety while cycling/walking and support the City’s Vision Zero goals.

Community stakeholders will be informed of these projects prior to construction and will have the opportunity to provide input at a public hearing.

If your business, organization or community group would like a presentation about the Bayshore Boulevard Quick-Build project, please contact Adrienne Heim, Transportation Planner, at Adrienne.Heim@sfmta.com. 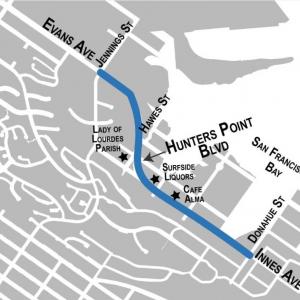 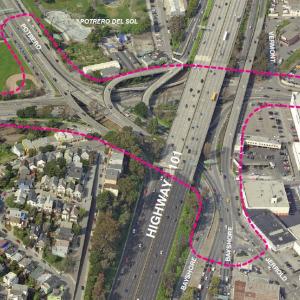 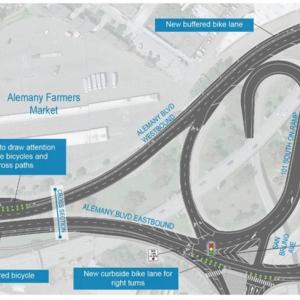 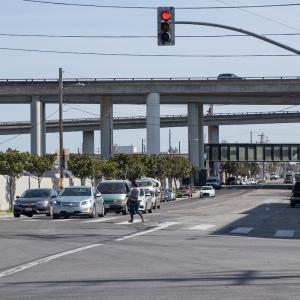