An animated map showing the expansion of transit lanes in San Francisco. View as a PDF. Accessible text is available here.

It’s been a record year for transit lanes in San Francisco: we’ve installed nearly 14 miles of new or upgraded lanes since summer 2020. That’s the fastest expansion of transit lanes in the city’s history. These transit lanes benefit Muni routes that serve nearly two-thirds of current customers. It’s all part of our efforts to give transit riders priority on congested streets and improve Muni speed and reliability. Better Muni service means more people will opt to take transit instead of driving, which reduces congestion and supports our environmental goals.

To commemorate this milestone, we’ve put together an animated map showing the evolution of San Francisco’s transit lane network over the last 15 years. We hope you find it as mesmerizing as we do to watch transit lanes expand across the city during this time.

Transit lanes are dedicated to Muni vehicles as well as other buses and taxis in most cases. They help improve Muni’s travel time and reliability and protect transit riders from traffic congestion. Red transit lanes were first introduced in San Francisco in 2013 and have proven to be even more effective than non-red transit lanes, leading to about a 50% reduction in violations.

We’ve been steadily adding to the transit lane network since the 1970s, when the original Transit First Policy was adopted, but the past five years have been especially busy. And as the final map shows, many more transit lanes are fully approved and coming soon, including the much anticipated Van Ness Avenue transit lanes. 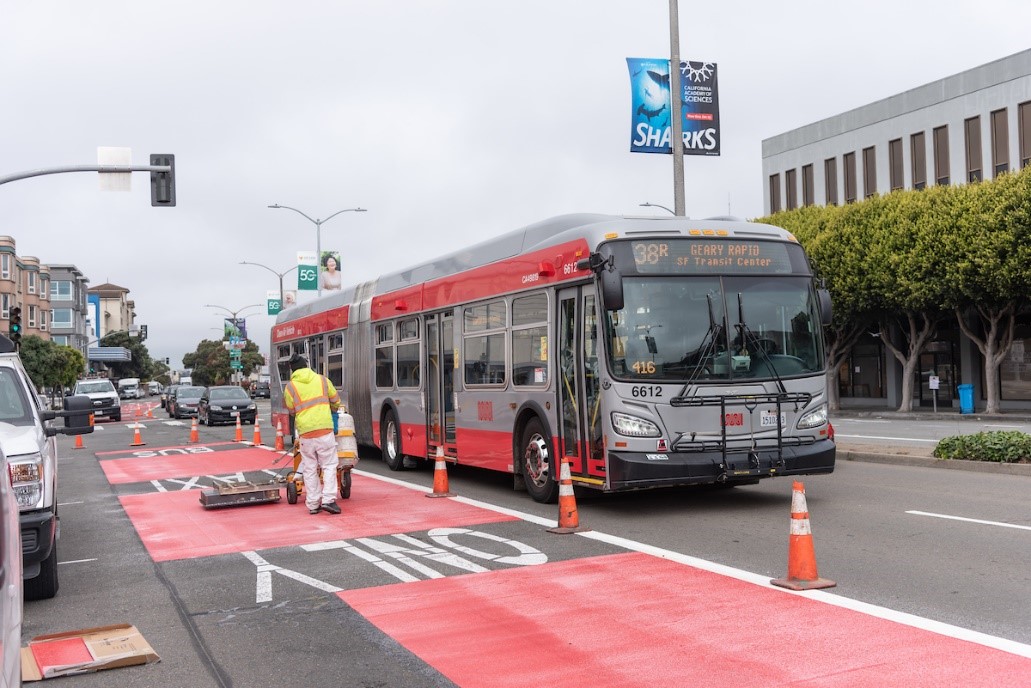 A few highlights to look out for in the map: 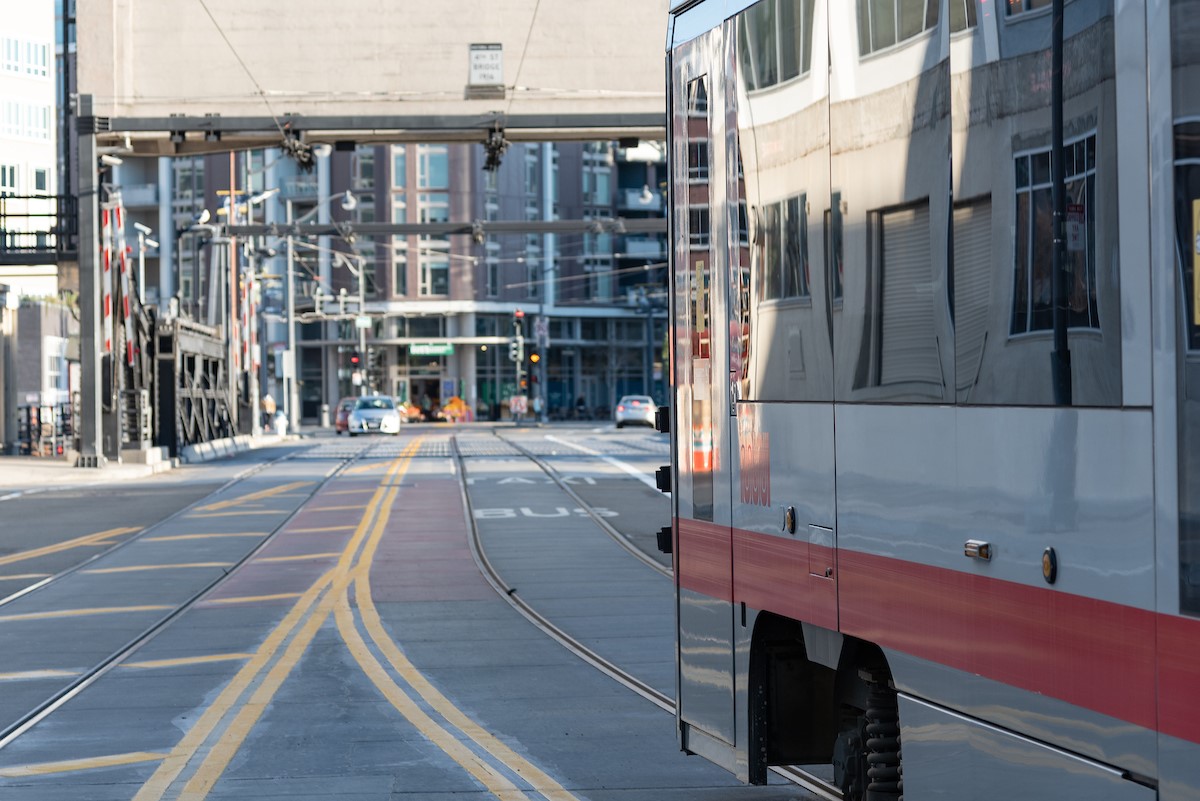 Transit lanes have proven their worth in getting Muni riders where they’re going faster yet again this year, and more are on the way. In addition to installing transit lanes that are already approved, we’ll be starting outreach on a new round of Muni Forward projects in the coming year to deliver faster, more reliable and less crowded service to Muni customers. These projects will include transit lanes and other transit priority measures that keep Muni moving. Sign up for our Muni Forward mailing list to receive updates about new transit lanes coming your way.

For those who can’t get enough detail about transit lanes, here are a few more notes about how we created the map: