A Rapid Network of core routes prioritizes reliability and frequency on San Francisco’s busiest transit corridors. We increased service across the system prior to the pandemic, adding more frequency where it’s needed most. And we’re continuing to make new connections as the system is restored, with new service to the Bayview, Mission Bay, and the Presidio.

Ridership has grown where we’re making improvements – that means fewer cars on the road and a greener city. Overall ridership on Muni Rapid bus lines increased by 23% from 2015 to 2019, even as transit ridership decreased across the country. And during the pandemic, ridership has returned faster on corridors with major Muni Forward improvements -- like the 38 Geary, 14 Mission and 9 San Bruno -- than the Muni system as a whole.

Muni Forward improvements take a systemwide approach, informed by ridership data, customer feedback and the Muni Service Equity Strategy. This groundbreaking strategy delivers transit improvements to neighborhoods with high percentages of households with low incomes and people of color and lower vehicle rates, as well as on lines with higher rates of seniors and people with disabilities.

Muni Forward is also an essential component of the city’s Vision Zero Strategy, the City's commitment to eliminate traffic fatalities. Making needed safety improvements for people walking, including Muni passengers, is a vital part of improving the system as a whole. More transit riders also means fewer vehicles on the road, which helps make streets safer for people walking.

To improve the customer experience, Muni Forward is also delivering technology and infrastructure improvements, making the system smarter, faster and more reliable. This includes new and improved signage at every Muni bus and train stop, a new Muni map, expanded real-time information at stops and smarter management of our service.

During the COVID-19 pandemic, we shifted our focus to Temporary Emergency Transit Lane projects to keep buses out of traffic and protect people who rely on transit from increased exposure to COVID-19 on slow or crowded buses.

Implementation has continued on Muni Forward projects as well. Recently completed projects include:

Construction is also underway to reduce travel times on the 38 Geary (Geary Rapid Project) and the 28R 19th Avenue Rapid and will begin soon on the second phases of the 22 Fillmore and the L Taraval.

In February 2020, the SFMTA Board approved the Transit Priority Quick-Build Program, which will help the SFMTA deliver Muni Forward transit priority improvements even faster.

You can also review our most recent Muni Forward update to the SFMTA Board here.

Muni Forward improvements are grounded in the Transit Effectiveness Project, the first major evaluation of the Muni system since the 1980s, approved by the SFMTA Board of Directors in 2014. Major financial support for Muni Forward reliability improvements is provided by the 2014 General Obligation Bond (Proposition A), approved by 72% of San Francisco voters, as well as a range of local, state and federal funding sources. 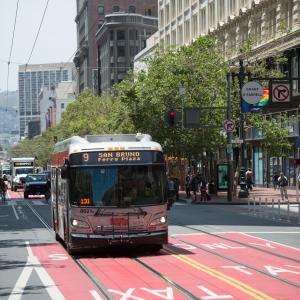 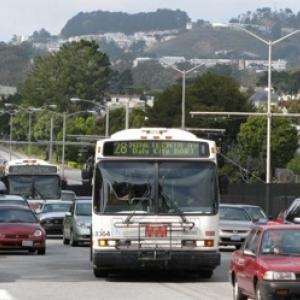 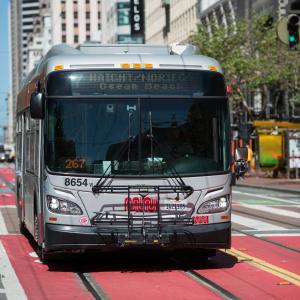 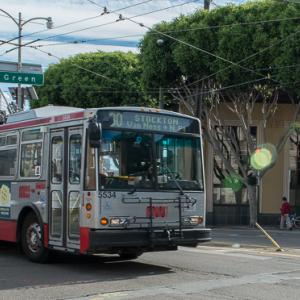 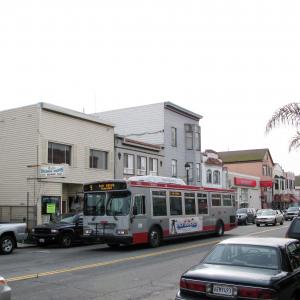